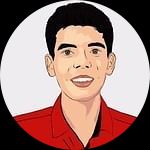 He helps startups acquire their first 100, 1000, 10000 and 100K+ users/customers/followers through consulting and done-for-you growth services. He and his winning team does anything it takes to scale startups from the concept stage to scalability.

He routinely empowers audiences of entrepreneurs, marketers, change-makers, thought leaders and students at corporate offices, conferences and universities through his keynote addresses and breakout sessions on Startup Growth Hacking, SaaS sales, Personal Branding and Marketing that garner top praise from attendees and organizers.