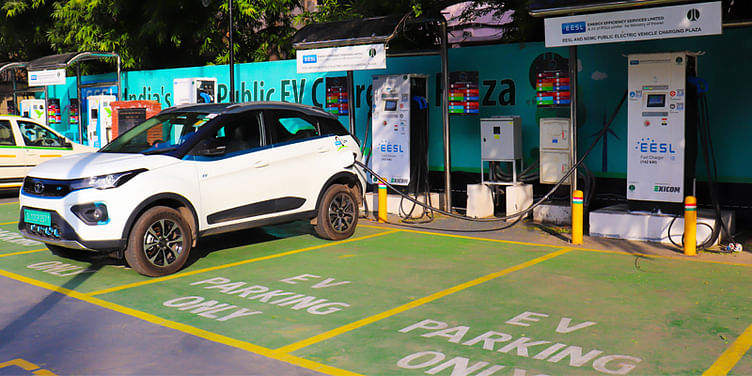 Electric vehicles (EVs) are currently the blue-eyed boys in the global automotive industry since they are being pitched as the future of mobility. Although vehicles running on batteries as a power source isn’t an invention by any means, they have been able to create a worldwide impact only in the last few years.

Surge of EVs in India

The demand for EVs has seen a significant surge in the last couple of years. In March this year, Nitin Gadkari, Union Minister for Road Transport and Highways, mentioned in the Parliament that between 2019-2020 and 2020-2021, the number of two-wheeler EVs on the road rose by 422 percent; three-wheelers by 75 percent and four-wheelers up by 230 percent. During the same period, the number of electric buses also increased by over 1,200 percent.

Gadkari also requested the Speaker in a session, “Honourable Speaker sir, now this is the time for the Parliament to make its parking places start electric charging stations. Giving these facilities to the honourable members by which they can buy electric cars and come here and charge their cars. And to fix solar panels in the new building and give power free of charge to the members (sic).”

The Union Minister also said, “Within two years, the cost of electric two-wheelers, three-wheelers and four-wheelers will be equivalent to the cost of petrol vehicles and the country will change. Our policy is import substitute, cost-effective, and pollution free.”

As per a report published by Catapult Energy Systems, the EV market in India is expected to be worth around at least Rs 475 billion by 2025 making it the largest untapped EV market in the world. The numbers suggest that battery-powered vehicles have penetrated into all segments, with the two-wheeler segment seeing the biggest influx of electric vehicles in the recent past.

It is safe to predict that mass adoption of electric vehicles in the near future will take place primarily in the two-wheeler space since they are affordable and technically more adept in deriving energy from a battery as compared to other vehicle segments. Two-wheelers also have a wider reach in various economic strata of society, thus making them an obvious choice.

Currently, the majority of vehicles in India run on internal combustion engines (ICE). However, in recent years, a noticeable shift in consumer sentiment has been observed. The biggest cause of this movement is the exorbitant rise in fuel prices across the country in the past few years. Despite a slight dip in prices in the last few weeks, prices of crude oil usually hover around $120 per barrel in the international market.

As of July 2022, prices of petrol in most urban centres are around Rs 100 per litre while Tier I metropolitan cities have a much higher price tag. The price of diesel is also not far behind with most urban centres recording average prices of around Rs 95 per litre. Prices of other fossil fuels like CNG have also increased substantially in recent times.

The rise in fuel prices is pushing current ICE vehicle owners towards EVs which have a much lower running cost. According to a survey jointly conducted by International Copper Association (ICA) and Alliance for an Energy Efficient Economy (AEEE), around 88.6 percent of current ICE owners acknowledged the benefits of owning an EV as opposed to their conventional choice.

Further, 78.7 percent of the respondents also confirmed their willingness to switch to an electric two-wheeler soon. The survey also recorded the primary motivations for their shift towards an electric two-wheeler. Among all factors, environmental and cost-saving stood out at the top. A large number of respondents were also interested in the silent ride aspect of EVs.

Commenting on the shift in sentiment, Dr Prajwal Sabnis, Co-founder, Orxa Energies, says, "We clearly saw the shift in consumer sentiment towards EVs during our Electric Bharatmala ride. There is an astounding level of awareness about EVs, such as range, charging, and TCO, even in Tier II and III cities of India. People from places like Pattukottai and Puri asked us questions on EVs and their performance."

This establishes the fact that there is significant demand for EVs, especially in the two-wheeler segment, even though the prevailing impediments might not result in humongous sales volumes in the near future as expected by the government and industry experts. This is due to various challenges in the current EV ecosystem.

Off the beaten track: How two electric motorcycles covered 13,500+ km across India in 54 days

Ranjita Ravi, Co-founder, Orxa Energies says, "Rather than just public charging, we would like to re-frame the problem as a combination of the lack of awareness on EV charging and the apprehensions on safety and costs of charging. The industry also has improvements to make on charger quality to meet real-life conditions such as voltage fluctuations.”

However, in the last couple of years, many auto OEMs (Original Equipment Manufacturers) have collaborated with third-party firms in order to set up charging stations across the country. It will still take some years before a full-fledged EV charging network is established uniformly across India. Other challenges faced by present EV consumers are issues concerning vehicle servicing and repair.

Among factors that deter present ICE owners from purchasing an EV, lack of resale value stands out as a disincentive. Despite the shortcomings mentioned above, studies indicate that a significant majority of EV owners would recommend the purchase of an EV.

For a large section of the masses to make a transition to EVs, the industry needs to address some very critical issues. The most important of all, at the macro level, is the range anxiety of consumers. At present, the EV revolution has been focused primarily on metros where, according to a report, the consumer has range anxiety because of daily travel of 100 km.

In the case of Tier-II and Tier-III centres, where the travel radius is usually in the range of 15-20 km, a consumer can travel 150-180 km after charging without worrying about recharging or looking for a swapping station. Also, the absence of a robust manufacturing ecosystem in the EV segment, coupled with constraints in the supply chain, will hinder smooth production and pile up delivery backlogs, which, in turn, will dissuade prospective buyers.

Adding to this discussion, Ranjita says, “Well-engineered EVs are needed to answer the consumers' range expectation. We have observed that a "real range" of 100+ km/charge is a minimum consumer expectation, even in Tier II and Tier II cities. She further adds that the ancillary industry will also have to adapt to EVs and their requirements - India has one of the world's largest auto component industries."

Indigenous development of technologies will bring down the purchasing cost of EVs, which is greater than their ICE counterparts at present. Further, the primary source of electricity in India is still coal and the increase in the number of EVs on road, as expected, will increase the consumption of coal. Therefore, carbon emission levels won’t come down significantly unless the primary source of electricity is renewable energy like wind, solar, water, etc.

Roadmap to the future

While the current EV ecosystem faces numerous challenges, it is heartening to see some strong measures being taken by the government to bring a change. As mentioned earlier, various incentives and other benefits have been transferred to manufacturers and consumers under multiple schemes to boost sales of EVs.

The government rolled out the second phase of FAME in April 2019 with an outlay of Rs 10,000 crore for a period of three years. About 86 percent of the total budget has been allocated for Demand Incentive to create demand for EVs in the country. The primary aim of this phase is to support as many as 7,000 electric buses, five lakh electric three-wheelers, 55,000 electric passenger cars (including strong hybrid) and 10 lakh electric two-wheelers.

To improve EV infrastructure, oil marketing companies are planning to install 22,000 EV charging stations across the country. In this year’s annual budget, the government also announced a Battery Swapping Policy as an easier way to charge EVs. Last year, the central government rolled out a production-linked incentive scheme for automakers which aims to boost local manufacturing of EVs in India.

Dr Prajwal says, “The combined impact of Oil prices increase, improvements in EV and battery tech, and the positive government initiatives are clearly visible in the meteoric rise in the EV sales numbers. This is merely the beginning of EVs becoming truly mainstream. The EV industry has also matured, moving away from imported and assembled low-speed CKDs to home-grown higher performance EVs.”

He claims that with more and more manufacturers strengthening their in-house engineering, the consumers will reap the benefits of improved quality & reliability. With the measures taken by governing authorities and an existing sentiment for transition to electric mobility, the EV ecosystem is expected to witness massive growth in the coming years.