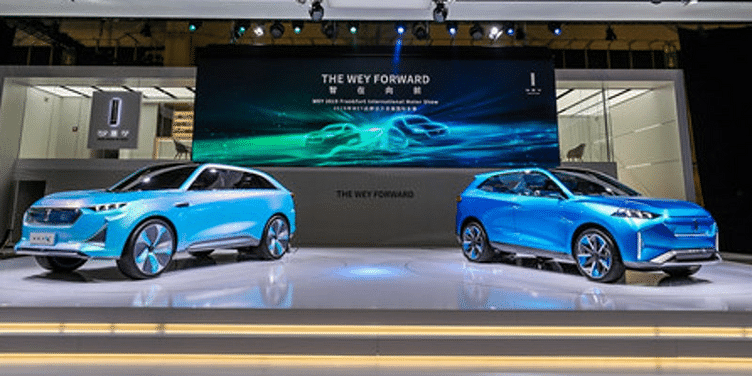 The $1 billion (about Rs 7,100 crore) investment will be made in a phased manner in areas including research and development, manufacturing, and sales and marketing.

China's largest SUV manufacturer Great Wall Motors (GWM) on Wednesday said it will invest $1 billion in India, which is set to be among the top three auto markets globally.

The $1 billion (about Rs 7,100 crore) investment will be made in a phased manner in areas including research and development, manufacturing, and sales and marketing.

"We firmly believe that India will become one of the top three auto markets in the world in the next three to five years...Our aim is to establish a comprehensive ecological chain covering research, production, sales and marketing...," Hardeep Brar, Director, Marketing and Sales of the Indian subsidiary of GWM, said.

Speaking at the Auto Expo in Noida, he said the company also intends to use manufacturing capabilities in India to export to other countries.

"We plan to invest an estimated $1 billion in a phased manner, covering research, manufacturing, supply chain, and marketing and sales...GWM will actively respond to the 'Make in India' strategy," he said.

The Indian market will play a critical role in the company's global strategy, he added.

It also plans to provide about 3,000 direct employment in a phased manner.

GWM also plans to invest in battery research and development and manufacturing in India to reinforce and accelerate India's Electrification Strategy.

Brar said the company, which will bring its SUV brand Haval and electric vehicle (EV), will "use India's geographical advantages to export products to other countries as well".

GWM has a research facility in Bengaluru. It had recently also inked an agreement to acquire General Motor India's Talegaon-based facility. The acquisition will be completed in the second half of 2020. GMW will produce its EV and SUV models at the plant.

Set up in 1984, GWM employs nearly 70,000 people. It has 10 R&D centres in seven countries, including China, India, the United States, Germany, Japan, South Korea, and Austria. It has 14 global manufacturing facilities.

‘Build a business model to solve problems, and the money will follow’ – 15 quotes on leaders and entrepreneurs