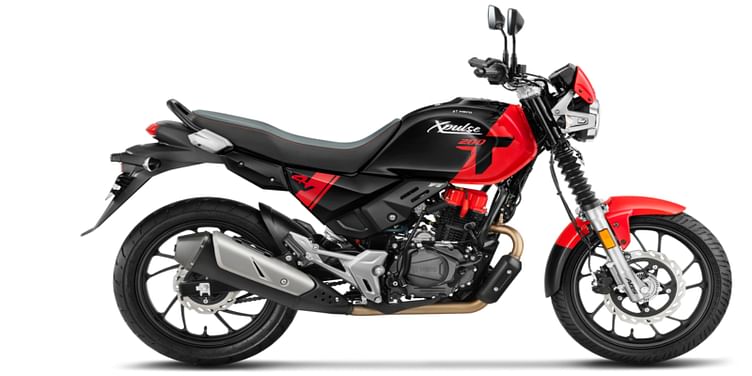 Hero Xpulse 200T has made a return to the Indian market with an updated 4-valve engine, which it shares with Xpulse 200 4V. Priced at Rs 1,25,726 (ex-showroom Mumbai), it costs Rs 1,036 more than the discontinued Xpulse 200T 2V and receives a bunch of upgrades to justify the hike in its price.

The new Xpulse 200T gets an updated neo-retro styling that lends it a fresh identity. The circular LED headlight with an integrated LED DRL ring has been lowered by 20mm, enhancing the proportions of the motorcycle. Other visual highlights include a colour-coded flyscreen up front, fork gaiters, and a tubular grab rail.

On the hardware front, suspension duties are handled by 37mm telescopic forks at the front and a 7-step adjustable monoshock at the rear. Anchorage is taken care of by a 276mm front disc and a 220mm rear disc, complemented by a single-channel ABS. The bike rolls on 17-inch cast-alloy rims at both ends, shod with tubeless tyres of size 100/80-17 upfront and 130/70-R17 at the rear.

“XPulse has built a robust position among motorcycling enthusiasts in India, and we are certain that this trend will be further strengthened with the launch of the new Hero XPulse 200T 4V,” said Ranjivjit Singh, Chief Growth Officer (CGO), Hero MotoCorp. “Offering a distinctive experience to riders, the Hero XPulse 200T 4V truly comes in an all-new avatar, with its bold, youthful, and retro design elements.”

While Xpulse 200T 4V does not have a direct rival in its market, considering its price and engine output, it can be positioned against the likes of TVS Apache RTR 200 4V, Honda Hornet 2.0, and Bajaj Pulsar NS200.