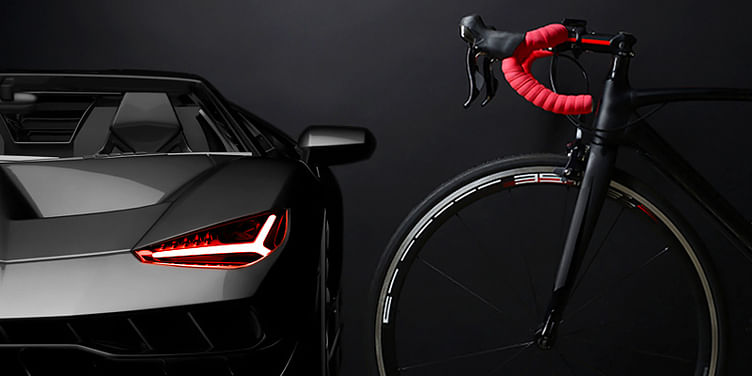 A large chunk of the urban population is switching to bicycles for their daily commutes, especially in places where vehicular traffic is a burden on roads.

While bicycles were earlier considered an efficient, affordable and convenient means of commuting, in the modern era, they have become more of a lifestyle and fitness product. With the two-wheelers still a part of our lives, it might surprise readers that many car manufacturers also sell bicycles in many parts of the world.

In this article, we have listed ten luxury car manufacturing brands that partake in building bicycles.

Mercedes Benz has been in the bicycle business for many years now. The German marque introduced its first mountain bike—MTB Trailblazer—in 2008. A few years later, Mercedes joined hands with bicycle brands including Focus and Rotwild to paddle into the mainstream. The company also has a sizable presence in the premium bicycle space in India, with fitness bikes priced between Rs 60,000 and Rs 2.33 lakh.

The Italian luxury marque has a widespread presence in the premium bicycle space across Europe. The company retails its bicycles through Alfa Velo in Germany, which is the exclusive distributor of bicycles by Compagnia Ducale, the official worldwide licensee of Alfa Romeo, Fiat, Abarth, Lancia, and 500. Its most popular model is the Stradale Touring, which is priced at €999 (approx Rs 2.05 lakh).

BMW is not only a prominent name in the luxury car segment but is also popular in the premium two-wheeler market with BMW Motorrad. However, the German marque also boasts an extensive range of bicycles, including Cross Country hardtail and the Enduro mountain bike. The company has also jumped into the electric bicycle space with models like the Cruise, Active, and Urban e-bikes. In India, the German marque offers the Cruise bike at a price of Rs 1.30 lakh—Rs 1.77 lakh.

Land Rover, too, has its own range of bicycles which are not only aimed at beginners but also at adventure race teams. The brand also offers a couple of carbon mountain bikes capable of tackling the occasional weekend cross-country event. Among them, Vorbanoat is priced at £1,400 (approx. Rs 13.57 lakh).

Lexus is the only Japanese brand in this list that treats cycles as a lifestyle product rather than a separate business vertical. In 2013, the luxury arm of Toyota launched the F Sport road bike made out of carbon fibre reinforced plastic (CFRP) that was also used for the body of the Lexus LFA. Only 100 units of this bicycle were built, each of them priced at one million yen (approx Rs 5.89 lakh).

McLaren teamed up with bicycle manufacturer Specialized S-Works to create an ultra-light carbon fibre racing bike called Venge, which was introduced in 2012. The supercar brand doesn’t make the bicycle but offered its expertise in composite construction that made the bike ultra-light. It is currently priced at £8,250 (approx Rs 8 lakh).

Porsche has a dedicated line of bicycles which, like its cars, do not come cheap. The brand’s most popular model—RX—costs somewhere around $6,700 (approx Rs 5.30 lakh) and is built for off-road trails. Porsche also launched a mountain bike—FS Evolution—that set back owners by $10,612 (approx Rs 8.39 lakh).

Porsche’s Italian cousin Lamborghini also finds itself on this list with an active range of bicycles in its portfolio. The company’s most recent launch was in September 2020 when it came out with the R5 mountain bike that was priced at £18,500 (approx. Rs 17.92 lakh). Developed in partnership with cycle manufacturer Cervélo Cycles, this bike borrows styling cues from the iconic Aventador SVJ.

If you wish to own a Ferrari without going bankrupt, you may want to look at a bicycle donning the same black horse logo. The company’s last bicycle launch was in May 2020 with the limited edition SF01 model. Only 12 units of this bike were made to commemorate the birth anniversary of the legendary Enzo Ferrari, each of them being priced at $14,000 (approx Rs 11 lakh).

While James Bond is often seen driving an Aston Martin in movies, the fictional spy has never ridden the brand’s bicycles on screen. The most popular bike by the British supercar brand was One-77, which was launched in 2012. Only 77 units of this sportscar-inspired cycle were built, each of them costing a whopping $41,000 (approx Rs 32.48 lakh). The company launched another limited edition bike in 2017 in association with bicycle brand Storck, making only 107 units.

Disclaimer: Many of these two-wheelers are limited edition cycles and might not be in production. This article intends to list the bicycle arsenal of luxury car brands.