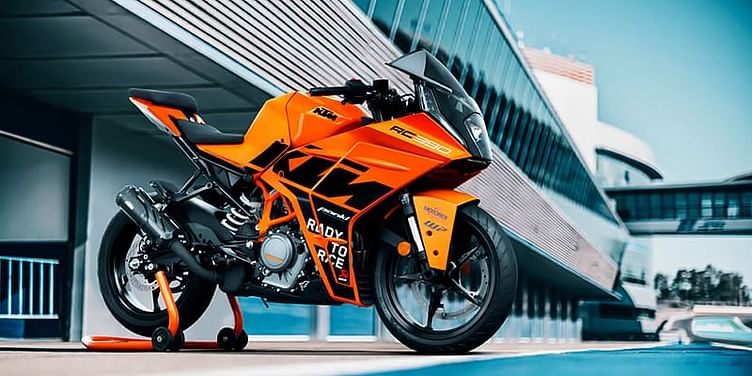 The upcoming KTM RC Cup will give an opportunity to amateur riders to showcase their skills on a race track that will be held across eight cities.

KTM dropped a big announcement at the recently concluded India Bike Week (IBW) 2023 that it will be bringing its RC Cup amateur racing series to India. It becomes the third major two-wheeler brand, after TVS and Royal Enfield, to organise an amateur bike racing championship in India.

The championship will kick off in January 2023 and culminate in March. Regional rounds of the racing championship will be held across eight cities including Mumbai, Ahmedabad, Delhi, Chennai, Coimbatore, Bengaluru, Hyderabad and Kolkata, with over 250 races planned.

Select winners from each city will get an opportunity to race at the finale in Madras Motor Race Track, Chennai. Registrations for the regional qualifiers will commence soon with over 1,000 participants expected to enrol in the championship.

Former MotoGP racer and founder of Gusto Racing in India, Jeremy McWilliams has been announced as Race Director for the series. He is a seven-time Indian National Motorcycle Racing (INMR) Champion and also holds two podium finishes in the 500cc class and a win in the 250cc class in MotoGP.

Previously, KTM organised Pro-XP, a unified programme that provides KTM owners with a variety of exciting riding experiences on trails, tarmac, and track. Over 25,000 KTM owners have participated in competitions across India to improve their riding skills. The upcoming RC Cup could be the “cherry on the icing” for KTM’s motorsport credentials in the country.

The top three winners of the KTM RC Cup will get an opportunity to visit the brand’s global headquarters in Austria where they’ll receive race training from KTM experts. They will also be able to interact with top riders from KTM’s Racing Factory and attend a MotoGP race in person.

Speaking at the 2022 IBW in Goa, Sumeet Narang, president (Probiking) at Bajaj Auto Ltd. said, “Racing is core to KTM’s DNA and with RC cup we would be launching the biggest amateur racing platform in India yet. We look forward to the best of racing talent competing here and getting a chance to be trained by the best from KTM.”

Participants will use the company-provided KTM RC 390 GP Edition for the races. The motorcycle is mechanically identical to the regular RC 390 on sale in the market. It is powered by a 373.2cc liquid-cooled, single-cylinder engine that churns out 43 bhp and 37 Nm of peak torque. This unit is paired with a six-speed gearbox that comes with a slip-assist clutch.

However, the GP edition of RC 390 gets cosmetic enhancements over the standard model such as MotoGP-inspired paintwork. Visual updates in the RC 390 GP edition include a tinted visor, a large black KTM logo spread across the side fairing, all-black cast alloy wheels, and a blacked-out treatment to its internals.