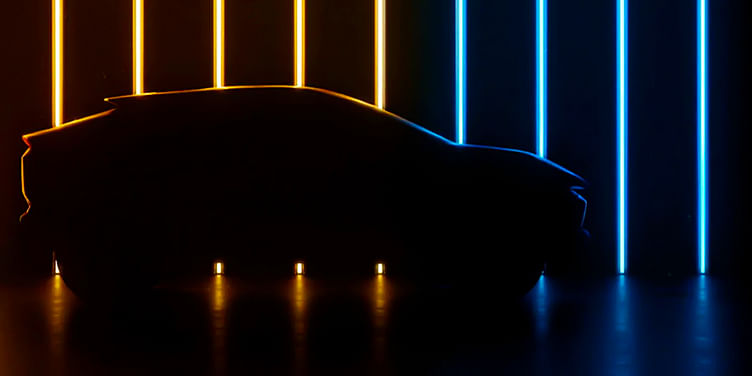 Mahindra had earlier ventured into the EV space when the homegrown carmaker bought the Bengaluru-based EV brand Reva Electric Mobility back in 2010.

Mahindra intends to claw back into the electric vehicle (EV) space in the near future even though it has lost ground in this space to other carmakers. Mahindra will be launching an onslaught of battery-powered vehicles in the next few years that will help it leapfrog other brands in the EV space.

The carmaker has unveiled five electric SUV concepts that will be based on a new ‘Born Electric’ platform. These new EVs will be divided into two sub-brands– XUV and BE. The former will comprise two models namely XUV.e8 and XUV.e9 while the latter will consist of three models including BE.05, BE.07 and BE.09.

All five models will be underpinned by INGLO, a common modular electric skateboard. The components for this electric skateboard platform will be sourced from Volkswagen’s MEB architecture which is designed to accommodate various top hats and wheelbases and is scalable as well. The first ready prototype electric SUV is likely to hit markets towards the end of 2024.

All presented concepts flaunt a sharp and futuristic design that bodes well for an all-electric lineup. Both sub-brands have subtle variations in exterior styling in order to distinguish them. For instance, the XUV range will sport Mahindra’s twin peaks logo at the front and back finished in copper, while the BE range flaunts a logo with the same initials.

Based on Mahindra's new Heartcore design philosophy, all the new electric SUVs will be designed to create an electrifying presence, both on the road and off it, while retaining the company’s core SUV heritage. Out of the five concepts, three prototypes are leaning towards a sportier styling with a coupe-like tail section.

XUV.e8 will essentially be an all-electric version of XUV700 whereas XUV.e9 will be an all-electric version of the same with a coupe design likely to be inspired by the XUV Aero concept showcased at the 2016 Auto Expo. The BE range, on the other hand, will be all-new products with brand new top hats. However, when launched, the final production models may look slightly different from their respective concept prototypes.

The new INGLO architecture will accommodate electric SUVs with lengths ranging between 4,368mm and 4,735mm. The wheelbase of the upcoming SUVs will range between 2,762mm to 2,775mm with flexibility of only 13mm. That said, the big variation will be in terms of their front and rear overhangs, with a bandwidth of 87mm and 293mm, respectively.

BE.07 will be slotted above BE.05 and will measure 4565m long, 1900 wide, 1660mm tall and has a wheelbase of 2775mm. Details for the flagship BE.09 haven’t been revealed yet. In addition, these upcoming electric SUVs will also offer class-leading ground clearance of up to 218mm in comparison to 150-190mm offered in present-day electric SUVs. These vehicles will also offer a ramp break-over angle of 20 degrees that will aid their off-roading capabilities.

The INGLO architecture is one of the lightest skateboards as a result of significantly reduced underbody weight. The effect of its lightweight can be felt in its range as well as performance with the added advantage of an intelligent electronic brake system. The purpose-built platform will pack intuitive, intelligent and immersive innovations that will serve as the backbone of Mahindra’s EV architecture.

This skateboard platform boasts a top-of-the-line semi-active suspension system that will offer a blend of a good ride and excellent handling. The front suspension setup consists of MacPherson struts while the rear comprises a five-link setup. In addition, the steering column benefits from a dual-pinion rack assist that ensures feather-light steering efforts and precise control.

Mahindra has steered away from conventional hydraulic braking systems. The new range comes with a brake-by-wire technology that allows multiple brake modes for pedal feel and recuperation. The Intelligent drive modes will govern several aspects of the drive experience including suspension response, powertrain response, etc.

All ‘Born Electric’ SUVs will feature a common battery pack design that uses Blade and Prismatic cell architectures. Mahindra has opted for the LFP (lithium ion phosphate) chemistry which, although low on energy density, is considered to be safer than NMC (nickel, manganese, cobalt) cells. Battery capacities will range between 60-80 kWh that can be charged up to 80% in less than 30 minutes by using a 175kW fast charger.

Mahindra claims that the 80kWh battery should return a driving range of about 435 km to 450 km under the WLTP cycle. The upcoming electric SUVs will be available in both single-motor, rear-wheel drive layout and dual-motor, all-wheel drive layout that will churn out power outputs in the range of 228-282 bhp and 335-389 bhp, respectively. The 0-100 kmph sprint time has been rated between 5-6 seconds.

The Born Electric SUVs from Mahindra will be loaded to the gills as far as features are concerned. The most prominent feature is a massive pillar-to-pillar triple screen panel that houses three 1920x720p high-resolution 12.3-inch displays. Other notable features include augmented reality-enabled heads-up display, 5G network capability and Over-The-Air updates.

Another special feature offered in the package is a Vehicle To Load (V2L) functionality that turns the car into a portable power bank thus enabling it to power external electrical devices like any household appliance or camping lights.

In terms of safety, Mahindra expects its new electric SUVs underpinned by the INGLO platform to score highly in various NCAP programs including GNCAP, EuroNCAP and BNCAP. The company has focussed on the active safety department by enabling the SUVs with an Advanced Driver Assistance System (ADAS) complemented by L2+ autonomous driving tech.

Mahindra has given tentative launch timelines for all the upcoming electric SUVs barring BE.09. The XUV.e8 will be the first Born Electric product from Mahindra to undergo production and is slated to be launched around December 2024. Its coupe sibling XUV.e9 is expected to hit markets in April 2025. BE.05 is expected to make its debut around October 2025 while BE.07 will likely be launched around October 2026.

That said, Mahindra will be making its comeback to the EV segment with the launch of XUV400 which is essentially a fully-electric version of XUV300. It will be based on the same platform as the ICE-powered subcompact SUV and will make its debut later this year.