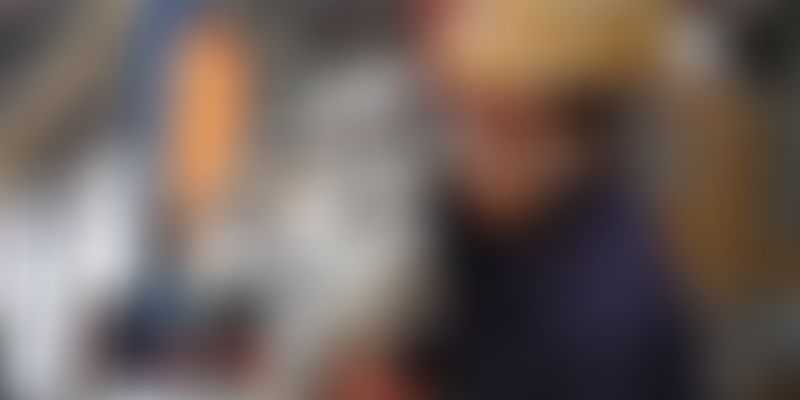 MG Motor bets big on gender diversity and believes that having a well-balanced sex ratio in its workforce will help increase productivity in the long run.

MG Motor entered India in 2019 with its premium SUV, Hector. While the product managed to stand apart in the market with several innovative features, the company wanted to also be known for the impact it has on society.

The trend in India and the world over has seen most of the manufacturing sector being dominated by men. Challenging this stereotype, MG Motor India has a 32-percent women workforce.

According to Rajeev Chaba, President and Managing Director at MG Motor India, the company believes that to be successful and different from the competition it not only needs to have a unique product, but also adopt a forward-thinking work culture.

He speaks to AutoStory about how the 96-year-old carmaker aims to create positive impact not just with its technological offerings but also by imbibing a culture that promotes gender diversity for its workforce.

“The company works on the philosophy of SPEED, which stands for Startup, Passion, Ease of doing business, Execution, and Diversity. Globally, it is proven that a company’s productivity increases in the long run with gender diversity,” he adds.

To this end, he says MG Motor India has focused on gender diversity from Day 1 and ensured women comprise 32 percent of the workforce not just at its Halol (Gujarat) manufacturing plant but also for its pool of blue-collar associates. That’s the highest in the Indian automotive industry, Rajeev says.

In the assembly-line workforce for the MG Hector and the new ZS EV, women employees can be seen working not just in quality control but also at the body shop and paint shop.

“Gender diversity should not be just a symbol or tokenism to talk about on certain occasions. We need to dig deep into the issue and work at grassroot levels to make real impact,” Rajeev adds.

He explains how the company incorporated gender diversity into its DNA, and has come up with a programme, called ‘Drive Her Back’, to support women who have taken a work sabbatical by helping them ease their entry back into the corporate world.

Putting women in the driver's seat

In India, breaking stereotypes has been a big challenge, says Rajeev. “We need to have more education and collaboration for the whole workforce. While numbers are the first step, what’s important is how you include both men and women to create a collaborative workforce. I think the job in India to make this happen is unfortunately tougher than in the rest of the world,” he adds.

I want to compete at Dakar in the next three years, says motorcycle racer Aishwarya Pissay

A report by Deloitte in 2019 revealed that women account for 27 percent of the US automobile manufacturing workforce. In the EU, this stands at above 24 percent. Today, the Indian auto industry averages around an eight-percent female workforce, which Rajeev calls an improvement from the past few years but still clearly lagging behind the global scenario.

The past few years have witnessed the bigwigs of the Indian automotive industry focus on bridging the gender gap. Bajaj Auto has an all-women assembly line for its first electric scooter, Chetak. Eicher-owned Royal Enfield too has an engine assembly line with a just-female workforce.

The perception that the auto industry involves heavy machinery that cannot be handled by women has been a major obstacle for more women joining the workforce. So, to break this stereotype, MG Motor worked with local panchayats to reach out to villages through the local administration. It encouraged female candidates fresh out of graduation to join and be part of the automotive industry.

At its Halol plant, 85 percent of the women are from nearby areas. Rajeev adds, “After meeting the panchayat representatives, we invited parents of women candidates to come and have a look at the plant to get an idea of the working environment. This gave them confidence that their daughters will be safe. We then made provisions to give the candidates vocational training.”

MG Motor conducted an interesting experiment by pitting newly trained women against their male counterparts for the same work. The result? It found that productivity levels were higher in the former group.

Roping in dealers and customers

Rajeev explains that MG Motor has made sure that its dealer partners carry forward the company philosophy and extend diversity to their showrooms as well. The carmaker ensures that women occupy at least third of the sales and service jobs.

In February, MG Motor hired a batch of 30 salesgirls for its company dealerships in Delhi NCR. This initiative will now be expanded to Punjab and South India.

Even before commencing operations in India, MG Motor has also been working on education initiatives for young women. Forging a partnership with NGO IIMPact (established by the alumni of IIM-Ahmedabad), MG Motor has adopted 30 learning centres in remote villages to provide free education to girl children.

The company also used a unique socio-marketing strategy for Hector by enabling its customers to help educate young girls. It contributes for the education of one girl child for every two weeks of wait borne by Hector customers.

Rajeev adds, “As a part of ‘Worth Waiting For’ programme, we are enabling our customers to make a difference and transform communities.”