Projects that give women artists the recognition they deserve 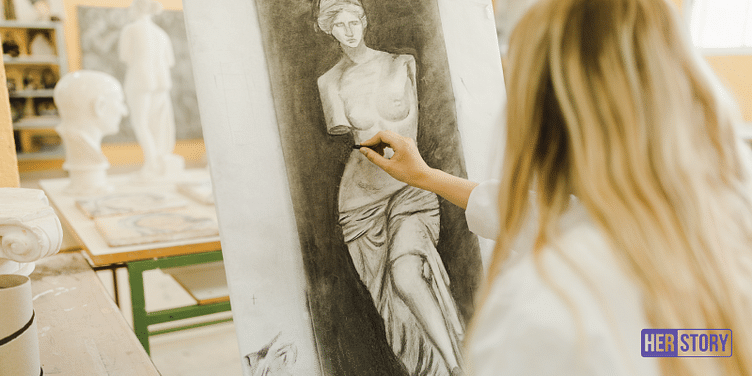 Women in art have always been overlooked and not given credit where it's due, but these organisations around the world are working towards getting women artists into the limelight and changing the way people perceive them.

The top five ‘famous artists’ on Google are Vincent Van Gogh, Pablo Picasso, Claude Monet, Andy Warhol and Leonardo da Vinci. What do they all have in common? They’re all men. Female artists have historically been overlooked, and although times are changing, they are still swept under the rug. A very specific ‘famous women artists’ needs to be Googled for the names and works of prominent women in the field to show up.

There has never been a lack of women artists. They have simply never been taken seriously by critics. In an article by The Guardian, artist Annie Kevans says, “Because a lot of women were married to other artists, people assumed they were helped by their husbands. But, actually, those women were artists before they were married.”

Today, in an effort to give women artists their long overdue exposure and recognition, a number of ‘for women, by women’ art organisations are working tirelessly. Here are a few of them that have been doing some outstanding work around the globe.

Advancing Women Artists Foundation (AWA), is an American non-profit that began in 2009 to identify, restore and exhibit artwork by women across museum storages in Florence, Italy. Over the past decade, AWA has restored 50 works by women artists from the Renaissance to the 20th century.

Started in the early 2000s, Her Art Project is an initiative of the Women's Centre at the University of Missouri - Kansas City. The project aims to highlight and recognise women artists around Kansas City through discussions, lectures, exhibits, and workshops. They also advocate feminism and work towards making women feel safe through educational events.

Founded in 2012 in Bengaluru, Aravani Art Project encourages transgender people to create art, reclaim spaces, and connect with other local communities and cultures. They collaborate with fellow artists, filmmakers and photographers to bring a striking sense of visibility and togetherness everywhere they go. They currently have a presence in India and Sri Lanka.

Founded in 1991 as part of Maryhouse, a hospitality shelter for homeless women and children, Women's Wisdom Art is an empowerment programme for women who are overcoming abuse, poverty, violence, and homelessness. The artists in the organisation are from diverse backgrounds but unite over art, recovery, and changing lives. Here’s a portfolio of the artwork Women’s Wisdom Art has helped realise.

Founded in 1974 in New York, Women's Studio Workshop aims to create a society where women's art is an integral part of the cultural mainstream and is permanently recorded in history. They operate a safe workspace for women to express themselves, and provide them with various grants, residency options, internships, and professional opportunities. Women’s Studio Workshop also conducts exhibits and lectures promoting the work of women artists.

National Museum of Women in the Arts (NMWA)

Incorporated in 1981, the National Museum of Women in the Arts (NMWA) is the only major museum in the world dedicated to showcasing and celebrating women's achievements in the various fields of art. The museum was officially opened in 1987 with the inaugural exhibition - 'American Women Artists, 1830-1930'. NMWA maintains a 17,500-volume library and research centre, and offers educational programmes for people of all ages, publishes art history books and does a lot more towards the recognition of art by women.