Women in tech ready to return to work after break need support, nurture and mentorship: report 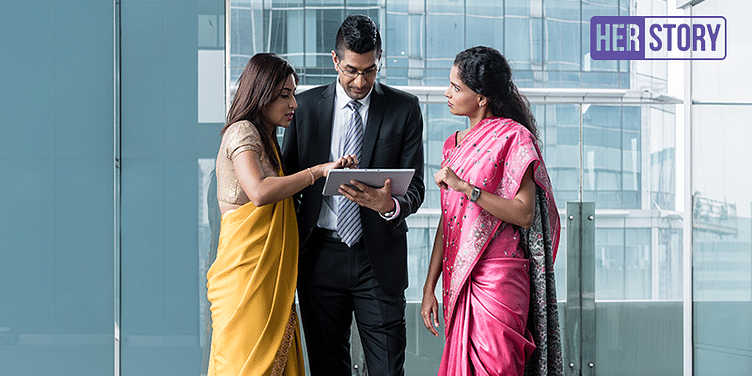 A new study by booking.com finds that India’s women in tech feel a break is detrimental to their career progression and the industry needs to actively support their re-entry.

Almost 63 percent of women in tech who re-enter the industry feel that the career break was detrimental to their career progression.

The findings based on a study by Booking.com also suggests that most of the focus has been on girls taking up STEM and starting careers in tech but the need to nurture the women on a break and bring them back is crucial too.

Women in tech returning to work

It’s clear - women in tech want more especially those returning from a break. They feel the industry needs to do more to retain the experience that skilled women bring and to also nurture those who are looking to return after a break.

Across different markets, women echo the same sentiments, but in India, women in tech are especially sensitive to the “negative impact on their tech career following a break. The same number of female re-entrants to tech (63 percent) feels less valued for their work contributions upon their return following a career break. This too is a sentiment that is echoed most strongly in India (72 percent).”

Also read: The struggle is real for women on a career break

According to the Booking.com report “almost three in four female re-entrants to tech (73 percent) believe the tech industry needs to do more to actively support their re-entry to the field. This sentiment is felt most strongly in India (87 percent) and China (84 percent).”

In an earlier interview, Jayanthi Vaidyanathan, Senior Director, HR at PayPal India told HerStory, that research shows that women on a career break feel discouraged about returning due to not just societal expectations but also re-joining a working environment that has since their stint in the organisation has now progressed.

Hence, the onus is on organisations and companies to not just encourage but also nurture women on a break.

Nearly three in four female re-entrants to tech (70 percent) feel that training, upskilling and mentorship - things that re-entry programmes focus on are essential. These programmes help them be ready to re-start their career without much apprehension. According to the Booking.com report, this figure rises to more than 4 in 5 in India (86 percent) and China (81 percent) respectively. It also states that 68 percent of female re-entrants to tech said their company helped them update their technical or other skills following their return.

From upskilling programmes, to incentives like flexi-timings, remote working hours, feeding rooms etc.  along with bootcamps and a buddy or mentor as a partner for their first few weeks back at the workplace – companies are doing their best to ensure women feel comfortable and safe at their workplaces.

For example, PayPal’s Recharge, is a back-to work programme that helps women in tech re-join their careers with confidence and skills.

Also read: How reboot programmes help Indian women get back after a career break

While all these really matter, there is a need for industry and organisations to ensure that women who return are accepted more openly and with more sensitivity.

Last but not the least, it is also important that the women returning after a break move forward with a positive approach and seeking support in improving and upgrading their skills to help in smooth transition.

Also read: On a career break? Make the best use of it to return to work, say experts

About the Booking.com report: A travel e-commerce company, Booking.com’ s global study looks closely at gender diversity in the global tech industry. It explores the tech industry from the perspective of female students, women professionals in the industry, and those who have returned after a break. The report looks at the factors that stem their career progression and their expectations from the industry in the near future.

Also read: In India, 96 percent of women in tech want to stay in the industry, claims report

We have it in us to achieve anything: Nivruti Rai of Intel India at HerStory's Women on A Mission Summit 2019