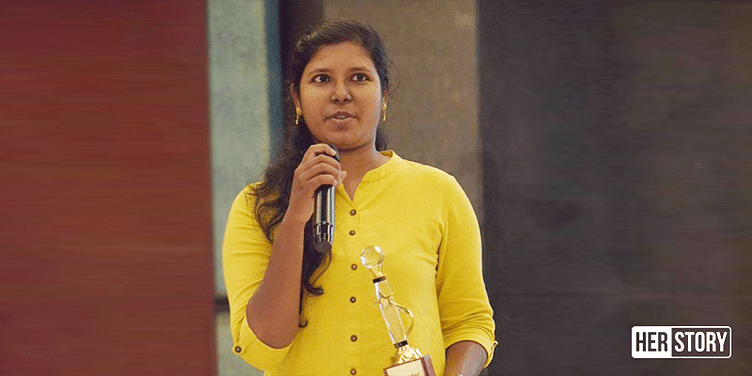 “The word ‘female,’ when inserted in front of something, is always with a note of surprise. Female COO, female pilot, female surgeon — as if the gender implies surprise … one day there won’t be female leaders. There will just be leaders,” said Facebook COO Sheryl Sandberg, on the need for gender equality in the workplace. Sheryl’s comment is highly reflective of the status quo: it is such a difficult task for a woman to make it in a man’s world, that when she does, it calls for surprise. Her work finally comes under the spotlight, but gets a gender tag in the process.

Women who code are no different. While the highly-evolved science, technology, engineering, and mathematics (STEM) sector has seen more men than women, at every point in history, we have seen women make their mark. Think Ada Lovelace, think Marie Curie, think Kalpana Chawla. Their numbers may be small but their contributions to science and technology have been immense.

So what needs to be done to encourage more women into STEM and inspire them to start coding at a young age?

We need more forums, communities, and more women coming together to talk tech. We need girls in schools and colleges to code, learn programming, and become formidable leaders in the tech sector.

Chennai-based Bhavani Ravi’s aim as a coder/programmer is to get as many people as she can interested and attracted to tech as a career.

Coding, a way of life

“I was 16 and in Class XI when I was introduced to programming. My first computer science class was just theory where I blindly wrote down everything that was on the blackboard. In the computer lab, I wrote ‘Generate n numbers program’. I wrote down until 10. I changed the limit to 10,000 and the program kept on running. I was amazed by the fact that something worked,” she says.

Bhavani comes from a family where her parents had minimal education. So, as a first-generation computer engineer, she was breaking new ground by also aiming to be an exceptional coder.

But things weren’t easy, she admits. “I was blindly coding hackerrank (HackerRank is a place where programmers from all over the world come together to solve problems in a wide range of computer science domains) problems for two years until I stumbled upon application development, The first application I ever built was a text editor, followed by a library management system. All these helped me build my own final year project. Again, without even realising I created a machine learning system using computer vision libraries, that too in Java.”

On presenting it to a panel, her mentor was impressed with her work and offered her a job at Future Focus Infotech. And life and work changed for Bhavani.

“It was at this job as a product development engineer that I learned chatbot development, how to manage team, a bit of product management, architecture design for systems, writing, organising meetups, giving talks, etc.,” she adds.

In the midst of all this learning, she realised that sharing what she learned was the way forward. This perception and thought laid the foundation for two communities: Build2Learn, and WomenTechMakers to leverage the power of groups to build and learn something new.

“With Build2Learn, we wanted to bring together people who want to build Y with X technology and people who want to learn X technology together. We had only a couple of students in the initial meetups but over a period of time, the community in itself evolved into a place where college students can closely work with industry experts who are willing to take them under their wings and guide them,” she explains.

As for WomenTechMakers, it has been a gradual progression. The forum was active until 2016 and Bhavani helped out by giving talks to women regularly. “Last year, when Build2Learn was picking up I got into an argument with Ashish Cherian (one of the core members of Build2Learn) from Hindustan University for not spreading the message about it to girls in Hindustan University. But he was trying that for decades and it was not working. He made all the arrangements to start a coding club for girls and asked me to be the speaker and be a catalyst. The talk was a huge success and women started walking into Build2Learn and other tech communities, building cool projects and actively participating in tech communities from then on,” she says.

Bhavani joined Swaati (Founder of WomenTechMakers) to resurrect the community and pulled off its first signature IWD 2019 Summit recently. Word about code got around and more partners came on board.

She believes though women in tech are not a rare breed, there are a number of challenges that hinder their growth.

“There are situations where a woman has to choose her career over her family, else she knows she will always be judged. There is also a fear of not fitting in when the majority of the people around you settles for normal and where it is hard to be the outlier and strive for what you want.”

“Anything and everything about technology excites me and technology is a huge ocean and I still haven’t figured which ship I belong to. All I know is that I love what I am doing and will work towards making my ship mightier and more awesome,” she adds.

Also Read: Women in tech - where are girls in tech?

For women, by women: how this all-female hackathon focused on addressing challenges women face