Sun, sea, startup: Two women entrepreneurs share their journey of setting up a business in Goa 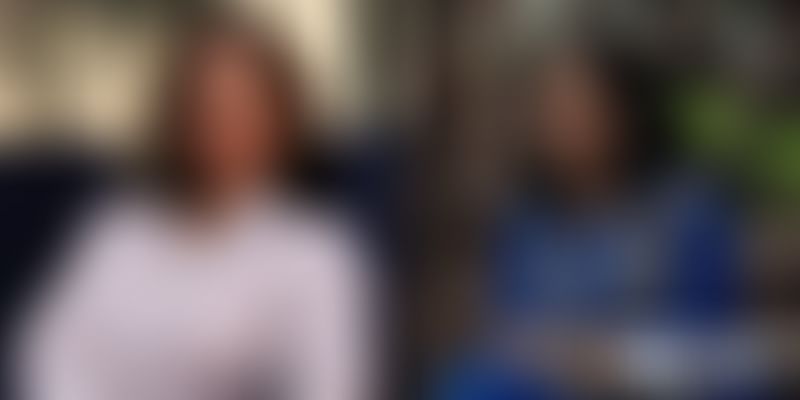 While Goa is vacation central for most of us, these women entrepreneurs have embarked on their startup journeys in the small but thriving State.

In 2017, the Government of Goa launched its startup policy to support entrepreneurship across the state. With a host of incentives like the Seed Capital Scheme and the R&D Reimbursement Scheme, Goa may be slated to become India's newest startup hub.

With the spotlight on the startup environment growing, many women are taking the leap into entrepreneurship. HerStory speaks to Rina Barreto of Cheree Tree Concepts and Rachana Deshpande of aR Consulting Solutions to find out what running a business in Goa is like.

Cheree Tree Concepts, founded by 45-year-old Rina Barreto in February this year, is an aggregator that 'cherry-picks' resources to deliver powerful brand building and marketing platforms for its clients. Although established recently, Rina began building Cheree Tree over a year ago. The company is fully bootstrapped.

Although Rina was raised in Goa, she built most of her career in Mumbai, where she worked on brand development for some of the country's top brands. She also worked at a multinational bank, heading various departments.

Rina finally returned to Goa after 15 years, and with over a decade of experience, decided to take the leap into entrepreneurship with her first venture in the preschool space. However, this didn’t go as planned, and Rina decided to start Cheree Tree Concepts, taking the first venture as a learning curve.

According to a report presented at the United Nations, the average age of startup founders in India is 31 years. Rina, who is in her 40s, did have some concerns about taking the entrepreneurial route at her age.

"I used to think that starting out as an entrepreneur rather late was a constraint, as the millennial entrepreneurs have the benefit of taking technology in their stride and leveraging its power. However, I am fully aware that I have the advantage of tremendous experience and exposure, both in the corporate world and as an entrepreneur who has failed earlier. The 'constraints' actually encourage me to creatively redefine my services," she says.

Rina also addresses challenges like low competition, slow growth, and less exposure, that a small State like Goa could pose. "Opportunities to showcase a company's service or product to influencers," Rina says, "would definitely help alleviate the current challenges."

However, even with the existing scenario, Rina believes that working in Goa is creatively enriching, and the tranquil environment makes it easier to sustain 'eternal optimism.'

On the expanding startup ecosystem in Goa, Rina says,

“When Goa promotes itself more visibly as a startup hub, it will create opportunities for the local startup economy. 'Brand Goa' has to communicate itself as effectively as a ‘startup haven’ as it does as a 'tourist haven'."

Going forward, Rina aims to establish powerful collaborations and alliances, and work with clients who have multi-city businesses.

Founded in 2015 by Rachana Desphande, aR Consulting Solutions is a digital marketing agency, headquartered in Porvorim, Goa. Under the brand ‘NineDigits’, the company provides clients with services like SEO, contextual advertising, and online brand management. It has worked with various corporates, institutions, and semi-government organisations for their digital marketing requirements.

Born and raised in Mumbai, Rachana pursued her higher education and five years of her career in the United States, at companies like Citibank, Highmark, and GoldenSource.

After the birth of her son in 2012, Rachana quit the corporate world to devote her time to him. After a three-year hiatus, she decided to get back to work and fulfill her ambition of becoming an entrepreneur, by establishing aR Consulting.

The 38-year-old says her desire to launch a startup had been on the backburner for quite a while, but when her husband took up a job opportunity in Goa, she realised she would finally be able to turn her entrepreneurship dreams into reality.

Another reason Rachana says she found it ideal to start up in Goa, is because she wanted to help accelerate the IT sector in the State, which was not at par with national or international standards back in 2015.

Being a non-Goan, Rachana faced a few obstacles while initially starting up.

“Entering the close-knit Goan fabric was quite a challenge. The Goan community is still very close knit with strong businesses within network, but they embrace you once you have established your credentials,” she says.

Other challenges Rachana faced were getting the right connections, and finding technologically skilled personnel to join her team.

Going ahead, Rachana says she aims to grow the customer base of aR Consulting outside Goa. The company has already expanded its reach from smaller B2C entities, to government projects, MSMEs, corporates, real estate firms, and educational institutes.

aR Consulting also recently set up its office in Mumbai, and Rachana says the immediate goal is to make it a fully functional, self-sustaining unit.

Along with Rina and Rachana, other women entrepreneurs like Monisha Jain, the Founder of Paper Fiestas, and Gulnar Joshi of Mondeart are also contributing to the growing startup ecosystem of Goa.

There is a rising number of women taking the entrepreneurial route, and with the State’s startup policy in place, there is definitely room for many more.

Start up in Goa: 10 things you should know about the Goa startup ecosystem