Michelle Obama is the most admired woman in the world, reveals survey 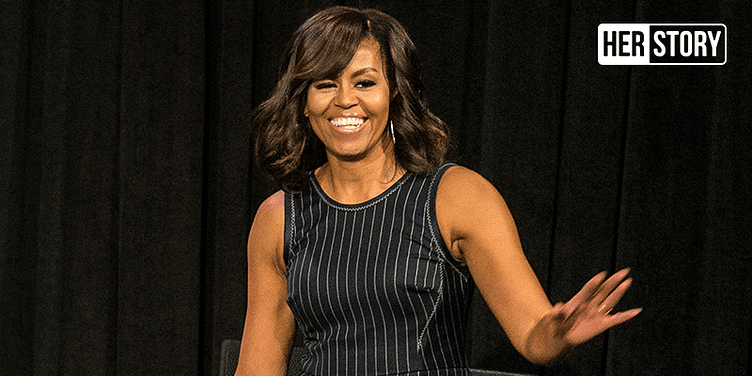 Former US First Lady Michelle Obama is the most admired woman in the world according to the annual list released by YouGov, replacing Hollywood actor Angelina Jolie.

Former US First Lady Michelle Obama is the most admired woman in the world according to YouGov's annual list, replacing Hollywood actor Angelina Jolie.

Michelle Obama continues to be one of the most inspiring role models for girls and women across the world. As First Lady, she carved her own niche and took up her several projects to drive change.

In 2018, she published Becoming, which captured her own life's journey, giving the world a glimpse into her childhood, roots, challenges as a working mother, and life as the First Lady.

Michelle Obama says 'Becoming' is not about arriving somewhere but evolving

Queen Elizabeth ranked fourth followed by Emma Watson and Malala Yousafzai. In the list of 20, almost 12 of them are from the world of entertainment, television, and movies including Madonna, Taylor Swift, and Yang Mi, the Chinese actress and singer.

On number nine is Nobel Prize winner To Youyou, a 88-year-old Chinese pharmaceutical chemist and educator.

The list also includes women politicians such as former US First Lady Hillary Clinton at number eight, German Chancellor Angela Merkel on 12, and British Prime Minister Theresa May on 18.

This year, four Indian women - all from the entertainment industry - made it to the list. These are Aishwarya Rai, Priyanka Chopra, Deepika Padukone, and Sushmita Sen.

The list of the world's most admired women is annually released by UK-based global public opinion and data company YouGov.

For the list, YouGov gathered nominations from 41 countries, and shared the final list with the 41 countries to find out who was admired the most. The responses were then clubbed into a percentage.

You need to define who you are: 12 inspirational quotes from Michelle Obama