‘He hit me, choked me, called me a fat, crazy bitch’: new book by Alisa Divine features stories of domestic abuse from around the world 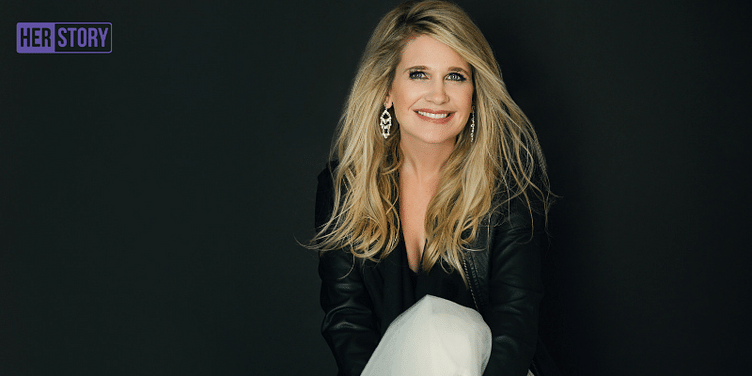 In #SheWins – Harrowing Stories From Women Who Survived Domestic Abuse, American author Alisa Divine features stories of women from around the world who have faced domestic abuse in different forms. The book also features Indian journalist and author Meghna Pant.

Alisa Divine’s book, #SheWins – Harrowing Stories From Women Who Survived Domestic Abuse, is raw, compelling, and shocking. As each story unfolds, you wonder to what depths emotional and physical domestic violence can fall. How some men feel love equals pain, and anything is okay when you are in a relationship.

While the stories are of monsters lurking behind relationships and the terrifying ordeal of women who suffer domestic abuse, it’s also a story of survival. The common thread running through them is, as the foreword aptly describes, “to dare to leave, to stand one day and say, ‘No, no more’”.

From the US and India to Australia and Africa, the stories are both similar and different. While these women have faced varying degrees of abuse, they have also fought extreme circumstances to leave abuse behind and emerge winners.

It is estimated that 35 percent of women worldwide have experienced either physical and/or sexual intimate partner violence or sexual violence by a non-partner (not including sexual harassment) at some point in their lives. In India, 33 percent of women - that’s around 20 million women; equal to almost the entire population of Australia - are victims of physical abuse.

So, it becomes imperative to understand the abused woman, her story, and relationships, and how #SheWins, despite the odds.

For 42-year-old Alisa Divine, the book began from her own experience. “I was in an abusive relationship that lasted for 18 years. After I left, and throughout my healing process, I felt immense shame and embarrassment over the abuse I experienced. I knew I wanted to help others to tell their stories – to stop living in the shame and show women as successful and thriving,” she says.

Alisa began looking for women locally and also met them in person. But it was also important for her to show various demographics and locations as domestic violence is everywhere. She began to search online for women across the world, who were already talking and telling their stories.

“Everyone woman I contacted at that point said yes to participating in #SheWins. We connected with photographers to work with the featured women and then I also travelled to photograph and interview,” she adds.

Alisa went through an emotional roller coaster listening to all the abuse. She says a violence reel was running through her mind and she couldn’t “unknow” what she knew at that point.

A story of abuse and strength from India

Among the stories featured in #SheWins is of Meghna Pant, best-selling author and journalist from India. Alisa contacted Meghna after an article she’d written on speaking out against domestic violence inspired her.

Meghna retails her harrowing experience in the book.

She tells HerStory, “When a man began hitting me 12-years-ago, I couldn’t talk about it. My few attempts ended in tears. When I finally gathered the courage and wrote about my abusive relationship for an Indian magazine in 2015, I got an outpouring of messages from all over India. A dancer messaged me that her boyfriend broke her spine and she couldn't dance anymore. An ex-classmate wrote that she was hit in both her marriages. They made my heart bleed.”

These stories also made Meghna realise that silence is the biggest crime against women. “To speak of it is hurtful, but to remain silent hurts us more.”

Speaking up is important

Both Alisa and Meghna emphasise on the need to open up about abuse.

“I always go back to opening the conversation. Let's talk about domestic violence signs and shed light on it everywhere with information and resources. Domestic violence has been a taboo topic filled with shame. We can each change that, and start a conversation in your circle today,” Alisa says.

Meghna believes women should at least confide in trusted friends and family for emotional support.

“The problem lies in our society. We ignore and even condone physical abuse. We tell women that violence is a private matter. We tell women to cover their wounds with makeup and sunglasses. We assume a wide distance between abuse and our own lives.”

The modern age is troubled, and toxic masculinity is definite at the root of domestic violence. In this scenario, Alisa feels awareness and education are key. “There are men who do not know their behaviour is abusive. There are men who do know they're abusive and hide it. The more we open the conversation, identify and equip others with tools to eliminate it - then we are on the path to change. Also, much of our power lies in teaching young men and young women of future generations,” she says.

Meghna believes we are raising boys the wrong way and until this stops, nothing will change. “I wish parents would focus on raising decent men instead of entitled, misled, ill-informed Neanderthals who think women's bodies are tools of violence and vessels where their insecurities come to fester.”

The conversation will continue

Alisa’s dream for #SheWins is for it to become a movement and social initiative.

“#SheWins encourages women to turn their pain into power and overcome their circumstances. It is a message of hope, courage, and empowerment for all. Men also benefit from reading #SheWins. Together we can support each other and create the change desired in our society,” she says.

Meghna adds, “I am part of any campaign that someone asks me to be, like this book or the TEDx talks I’ve given. My only advice to women is that you deserve better than abuse and, trust me, when this is all over, you will be smiling, happy and relieved like I am.”

This scientist-turned-entrepreneur sold her apartment to fund her green farming solutions start...