Problems come and go but the journey of creating something of your own and helping your spouse in co-creating it is immensely gratifying, says Priyanka Gupta 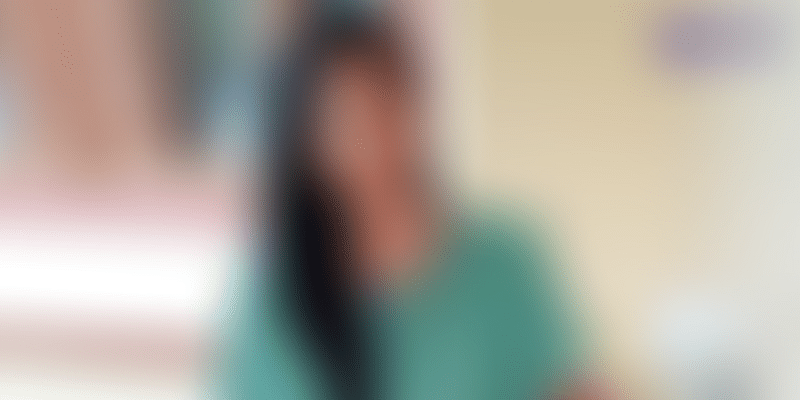 In our new four-part series, we focus on the spouses of entrepreneurs and their contribution to the building of startups. Here we shine the spotlight on Priyanka Gupta, spouse of Pranay Gupta, Co-founder of 91springboard, and her role in the company.

In today's story, I have a conversation with Priyanka Gupta, spouse of Pranay Gupta, Co-founder, 91springboard, which was founded in 2013. The startup focuses on co-working space and is an incubator providing space and support to startups and service providers to build businesses by working together.

An engineer and a graphic designer by profession, Priyanka worked at Cognizant and then started her design firm in Ahmedabad before the couple relocated to Delhi.

As Pranay launched his venture, Priyanka also started an ecommerce company called "Fashion Jamun". From observing Pranay as the joint CEO of CIIE (Center for Innovation and Incubation) at IIM-Ahmedabad, where he helped set up and expand the incubator for Indian startups, to joining 91springboard as a Co-founder in 2013, Priyanka has been a witness to this journey.

"After working at Lehman Brothers and Nomura, Pranay joined CIIE (Center for Innovation and Incubation) at IIM Ahmedabad as Joint CEO in 2009. It gave him the experience needed before taking the plunge on his own. In 2010, while discussing an idea with his school friend Varun Chawla, Pranay decided to start this venture with him. It also made sense since it meant moving back to Delhi and be with parents,” she says.

How did the decision go with the parents and the family?

"Pranay's family has been very supportive when it comes to career choices. They never questioned or interfered in any of his career decisions. Even when he left his high paying Lehman job and joined CIIE at IIM, they never had any questions. They were delighted since starting 91springboard meant relocating to Delhi with the family,” she adds.

As a spouse, Priyanka shared the same vision and ideals.

Venturing to create something was always a shared vision and a mutual decision. In fact, I was the one who told him to pursue his dream. But moving from CIIE to starting 91springboard turned out to be a big change for us from a lot of perspectives. 2013 was crucial in many ways. Life took a 360-degree turn since it meant relocation, quitting what I was doing in Ahmedabad. Also, the same year, our daughter Nirvi was born. Relocating also brought long travel time along with intensive working hours.

“I remember at the onset of the entrepreneurial journey; he used to be occupied all the time mentally. Those initial days, even while walking together, I could sense that he was completely lost in his own world. But things improved in a few years.”

Priyanka also speaks of the challenges of founding a startup in an industry that was nascent at that time.

"Yeah, it indeed was challenging initially. They started as a fund to help startups since all three founders had experience in helping entrepreneurs. But soon they realised that while the fund wasn't happening, space was filling up with very promising entrepreneurs and this paved the path for the current model. Also, a successful opening and operation at Hyderabad and Gurugram gave them confidence that remote operation was possible. During this time, the fourth co-founder Deepak Sharma, also joined. And things got streamlined. The "0 salaries" period went on for almost two years. Finally, things started looking up, and now there is no looking back.”

Which brings us to Priyanka’s own career.

Did it take a hit because of her spouse’s new direction and move?

"Well, it has been a roller-coaster ride. I feel I have been in a perpetually "startup mode". And I have enjoyed every part of it. When we relocated to Delhi, I had to quit what I was doing in Ahmedabad. When in Delhi, while visiting one of 91springboard's centres in Gurugram, I met some interesting people. I launched my ecommerce company, Fashion Jamun, which specialises in clutches. I could streamline the process flow, and soon we had excellent traction as we became a certified seller on Amazon. Things were going pretty smooth, thanks to the availability of a warehouse, a kids' room at the 91springboard co-working space in Gurugram. However, a year or so into it, we had to move from the centre. My co-partner was also going through a difficult pregnancy phase. We moved from Gurugram to Dwarka and continued for some time, but soon it went into a dormant mode, and then we relocated to Goa."

Initially it didn't look that good a decision, but we had to move due to health concerns of children. But I'm happy with the decision now. We have around 30 people from the organisation at Goa including all the co-founders, so we have set up a small 91 community here.

Six years and more than 20 locations across the country and supporting more 2,000 startups, 91springboard has seen impressive growth. Has the growth of her husband’s company benefited Priyanka as well?

It has made me grow many years on the wisdom scale. In the past six years, I have also tried my hands on various startups. I can vouch that I have also gained a lot of knowledge about the ecosystem and how things work. I feel it has played a crucial role in understanding the issues and challenges that Pranay and the team face day in and out.

Did the couple ever think of working together and growing the venture?

"It has been a mutual understanding and a philosophy to maintain distinct portfolios. Though I did work at 91springboard for two months on a design project, that was it. We consciously decided that I shall be in-charge of other important fronts – managing kids, parents, household chores, societal duties, and relatives. I guess all this has made me an efficient multitasker."

"Also, we don't discuss any of the venture related stuff at home. But I believe that my launching of Fashion Jamun from one of 91springboard's centres created an excellent example and benchmark for women-led ventures being run so smoothly out of 91springboard centres. Due to the friendly environment and very thoughtfully curated facilities, the centres have now become a selling point for several women entrepreneurs,” she adds.

The business atmosphere, like with most founders of startups, transfers to the home environment as well. The children, Priyanka tells me, often tell Pranay when he opens his laptop that “Dukan khul gayee hai!”

In conclusion, I ask Priyanka how it feels to be a spouse of an entrepreneur and see a venture grow from idea to implementation and expansion.

"I know I may have cribbed about him not giving time. But it indeed is commendable how he tries hard to balance his bandwidth for work, family, and social obligations. There have been challenges of all kinds in the past six years. But I truly appreciate and value the patience and perseverance with which he has steered through them.

I believe problems will come and go, but the journey of creating something of your own and helping your spouse in co-creating it is an immensely gratifying one, she says.

Life may have lost its predictability, but there is a lot of excitement - Shalini Gupta, spouse...

From play to sleep to nutrition, these 8 women entrepreneurs are solving the everyday challenge...