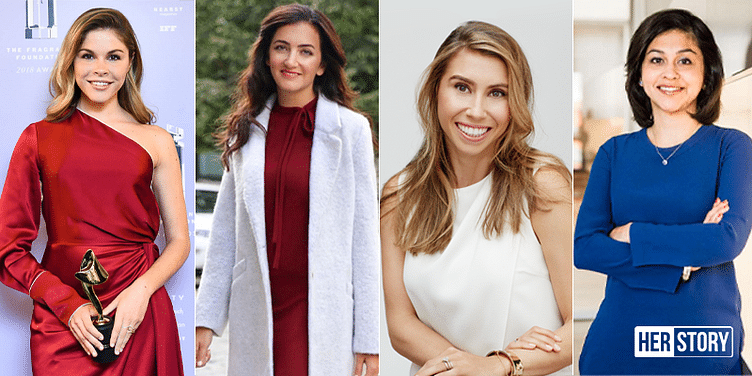 Women entrepreneurs are breaking several barriers every day, including these who have built billion-dollar companies aka startup unicorns.

It is well established that starting up and growing a business isn’t easy. To reach the top is not just about the right product and the ability to scale but also about having a good product-market fit, and a driven team of leaders. And this is just the tip of the iceberg.

Then, there are other challenges - raising funds, making profits, becoming profitable, reaching the $1 billion valuation - or achieving the unicorn status.

While the unicorn club, like most others, might seem like a boys’ club, there are several women entrepreneurs who have managed this feat. Here are some of them.

Emily’s journey to the billion-dollar club started with a blog. In 2010, she launched Into The Gloss while working with Vogue. The blog was about women’s beauty and grooming routines. Then, Emily started Glossier, a skincare and beauty product ecommerce company, in 2014. Its products include skincare, makeup, and body care.

The company has around 200 employees and raised $100 million in Series D funding earlier this year.  The round, led by Sequoia Capital, put its valuation at $1.2 billion, entering the coveted ‘unicorn’ club.

Emily, who lives in New York, has been included in Forbes 30 Under 30 and Fortune 40 Under 40 lists.

Sara Blakely is the Founder and CEO of Spanx, an intimate apparel company. She founded it in 2009 with her personal savings of $5,000 and turned it into a $1 billion company. It is headquartered in Atlanta, Georgia.

This self-made billionaire is a salesperson through and through, never hesitant to talk about her company. Sara is also its best brand ambassador.

As a leader, she has been very vocal about women’s issues. In 2006, she also launched SPANX Foundation to empower women through education and entrepreneurship.

Rent the Runway was founded in 2009 by Jennifer Hyman and Jennifer Fleiss, classmates at Harvard Business School. Over Thanksgiving break, the duo came up with the idea to create a platform for users to rent designer clothes and accessories. This startup unicorn, based in New York, is valued at $1 billion and has raised about $337 million in venture funding.

Its recent round of $125 million funding was led by Franklin Templeton Investments and Bain Capital Ventures.

Founded in 2006 and headquartered in Mountain View, California, 23andMe is a personal genetics and biotechnology company. It entered the unicorn club in 2015. In 2018, the company raised $300 million in funding led by GSK, pushing its valuation to $2.5 billion.

Initially founded by Linda Avey and Paul Cusenza with Anne, 23andMe is run by Anne now as Paul left the company in 2007 and Avey in 2009.

Founded in 2014 and based in Palo Alto, Confluent is a data streaming platform. Neha, Co-founder and CTO, is an alum of Georgia Institute of Technology. Prior to this, she has held tech roles in Oracle and LinkedIn.

Early this year, the company raised Series D funding 0f $125 million led by Sequoia, which helped it hit a valuation of $2.5 billion.

While the US definitely has more women-led companies in the unicorn club, we hope women entrepreneurs in India to break into this boys’ club too.

Meet the 4 women entrepreneurs rising in the gaming space