How Unicef is helping girls like Janka, Saika, and Manisha speak up for their rights in rural Maharashtra 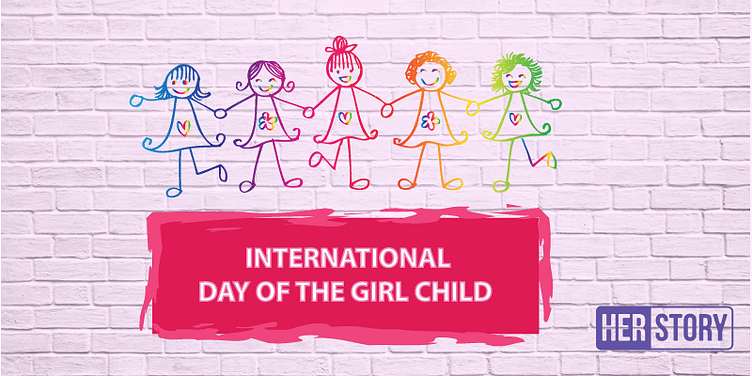 Unicef India is helping girls in Maharashtra become aware of their rights, fight against child marriage, and turn around their life.

October 11 marks the International Day of the Girl Child. Every year, the United Nations Children's Fund (Unicef) works with girls to amplify their voices and help them stand up for their rights. According to the website, this year, the theme is “GirlForce: Unscripted and Unstoppable”.

The Convention on the Rights of the Child (CRC) protects the rights of all children, everywhere, to be free from discrimination, violence, and neglect. Unicef India is part of the movement to ensure every child get the rights she deserves.

Since this year also marks the 30th anniversary of CRC, Unicef India has shortlisted 30 stories of children and adolescents, across districts in Maharashtra under the theme, ‘30 on 30’. These are girls who won back their rights from society with the intervention of the government, social organisations, parents, teachers as well as friends.

These stories are powerful accounts of challenges faced by the children while fighting for their rights. They are also stories of successes and a reflection of how positively and timely approaches can change the lives of girls in India.

Janka hails from Kalam village in Latur district. She is now 25 and diligently preparing for the Maharashtra Public Service Commission exams and dreams of becoming a sub-inspector in the police department.

A few years ago, life was very different for this young girl. Her family includes eight sisters, one brother, and her parents. They owned an acre of land which was not enough to feed them. Janka and her sisters would go for menial labour jobs at people’s houses, farms etc. At the age of 16, Janka was selected for Unicef’s Deepshikha programme initiated by the Gram Panchayat in Kalam village. And her life changed forever.

She went through a 10-day training programme organised by Unicef, and including lessons on life skills, decision-making abilities, research aptitude, conversational skills, and stress management. She realised her self-worth and questions concerning other girls became apparent to her.

After her training, she got all the girls in the village together and educated them about their rights. She also started a savings group for girls, arranged for heath checkups, and initiated committees for grievance redressal and the environment. She campaigned against child marriage and made her parents understand the importance of education for her and her sisters. She completed her BA and is now an unstoppable force in Kalam.

Nineteen-year-old Saika (19) lives with her brother Arif, sister-in-law, and their child in Farida Baug, Nadi Naka, Bhiwandi. Her parents have moved to their ancestral village in Uttar Pradesh, close to the Nepal border. Arif treats Saika rather unfairly; home and hearth is the place for women, he feels.

When she was 16 and had just completed her SSC exam, Saika’s parents thought the next step would be to get her married. Her friends counselled her to go to college and this set her thinking. The person she was to be betrothed was a power loom worker, who earned not more than Rs 8,000 a month. Saika was well aware of the realities of the loom workers and was dreading her faith. However, her brother Arif was not willing to take “no” for an answer.

Saika approached the Committed Community Development Trust (CCDT), an NGO working in partnership with Unicef in the area. CCDT’s functionary Basreen Shaikh promised to intervene. CCDT had organised a series of programmes for adolescent girls and women on the issues of growing up, menstruation, menstrual sanitation, sex, contraceptives, and pregnancy care.

Instead of challenging Arif upfront, Basreen decided to take the route of family counselling. She decided to speak with her brother about Saika. He was enraged but Saika was adamant not to marry for another three years.

After much counselling, Arif got in touch with the boy’s parents and tried to convince them to wait for two years but to no avail. The engagement was broken and neighbours and the community started gossiping about her.

Saika couldn’t join the pharmacology course she wished to due to lack of funds. She decided to learn sewing. She started going to a coaching class. “I am learning tailoring as I have to earn an income. I don’t want to be dependent on anyone,” says Saika, acutely aware of existential challenges.

“But I can’t have my way all the time, I have to compromise. I want an understanding and responsible husband, the one who knows and understands responsibilities,” she adds

Young women like Saika are not willing to take anything submissively. They are willing to fight to protect their rights.

Manisha Ghorpade hails from Chandetepli in Jalna is pursuing a bachelor of arts degree from Vinayaka University in Rajur.

Since her family doesn’t own land, her family works as agriculture labour in others’ farms. Manisha also helps her mother with household chores at home. Her story is inspiring for other girls of her age.

When Manisha was in Class 8, her family decided to get her married. When she got to know about it, it was beyond her understanding. “I’ve not even completed my education, how am I supposed to get married?” this thought baffled her to no end. She declared, “I am not going to get married yet.” This declaration has proved to be her affirmation for a positive future.

When asked about the tradition of child marriage, and where she got the courage to say no, Manisha responds, “There are two anganwadis in my village. They are run by Vandana Tai (Ghorpade) and Swati Tai (Ghorpade). Three years ago, when I was in Class 8, they used to conduct meetings for teenage girls in the anganwadi. In these meetings, there used to be a ‘conversation box’ where girls could speak up. Additionally, Anganwadi Sevikas used to converse about menstrual health and hygiene with us. They used to give in-depth information about why child marriage is wrong. Besides, they also used to discuss how this is a crime according to the law.”

Anganwadis in the village are supported by Kishori Prerika programme, which is in partnership with Unicef.

After getting to know of the ill-effects of child marriage. Manisha’s mother and brother were convinced. Her refusal set a precedent for her family, and she’s an inspiration for rural girls.

The fact that girls like Manisha, who come from rural Maharashtra, have the grit and determination to stand up for education, health, hygiene, nutrition, and changes during puberty is evident. And organisations and NGOs supported by Unicef are leading the way towards change.

UNICEF has developed a mobile app for sanitary measures in schools