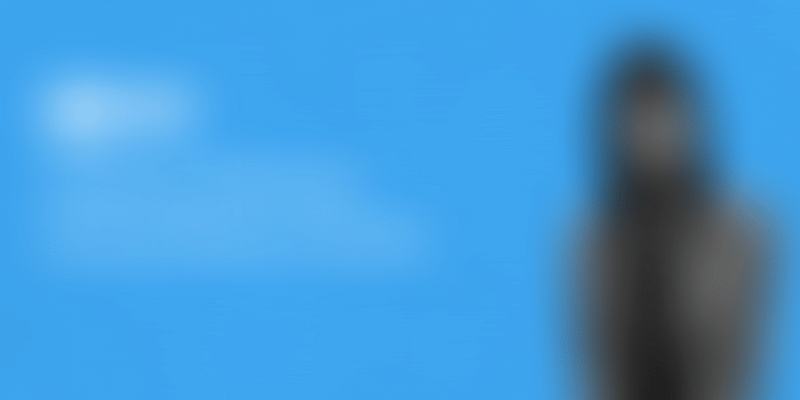 Startupvisors aims to be a bridge between an idea and starting up. Backed by experts, it provides a one-stop platform for all the assistance an entrepreneur requires to begin her startup journey.

Twenty-eight-year-old old Sakshi Gupta is a strong believer in the saying, ‘Life is what happens to us when we are busy making other plans.’

The young entrepreneur’s life took a significant turn in 2018 when she lost her father, the only breadwinner in her family. Realising she needed to stand on her own feet and help her younger sibling and mother, she decided to take all the grief she was feeling, and turn it into something positive and start Startupvisors - a one-step platform for all startup solutions.

“The goal for starting this venture was to empower people to start up on their own and become independent. We don't want anyone else to go through the ordeals we have faced and that's why we help them to become financially independent so that they can stand tall in their lives.” says Sakshi.

Her younger brother Shubham, who was just finishing his final year in law school, joined Sakshi and the duo, began Startupvisors with just Rs 10,000. Within a year, they had made Rs 10 lakh in revenue thanks to various partnerships with agencies as well as through online and offline marketing.

While studying in her fourth year of Electrical Engineering from IP University, New Delhi, Sakshi realised that this was not something she wanted to pursue for the long haul.

“I realised engineering was not my cup of tea. I decided to shift my focus and do something new. I jumped into the startup ecosystem without any previous experience, and over time discovered that I enjoyed it immensely,” she says.

After completing her engineering, Sakshi worked for two years in Bio Nova Pharmaceuticals Private Limited in New Delhi, a stint that equipped her with a lot of early skills.

“With startups I found that everyone tends to do everything and take on a number of roles, be it in operations or management. They try to handle everything together,” she adds.

Though she was enjoying her work, fate had other plans. Sakshi developed severe bronchitis owing to the pollution in the city, and knew that if she continued commuting, her health condition would worsen. She tried to find a job where she could work out of home, take care of her health and do what she loved most, which was to stay active and also have a full-time job.

Coping with grief and braving the storm

Things only went downhill after that. “For around two-three years I was out of a job, and around this time my father became bedridden and was tackling serious neurological issues. I remember my mother constantly being at home to look after my father. Life showed us little mercy, but fortunately I found a remote job at a much-needed time. I used to work at night and visit the doctors thrice a week during the day,” says Sakshi.

Unfortunately, Sakshi lost her father. What followed was a period of shock, emptiness, intense suffering and loneliness for the entire family.

Soon, Sakshi was diagnosed with depression.

“I slipped into depression for three months. My mother and brother too were in a state of shock. Seeing my mother’s face every day, and how upset she was, made me want to get out of depressed state and do something. I started practising yoga regularly.”

While slowly coming out of her depression, Sakshi started to read up about startups, how to provide the right mentorship and resources, and wanted to be able to provide these to aspiring entrepreneurs who would greatly benefit from them.

“The two-year gap taught me to be self-dependent and gave me enough time to explore myself. I had also started helping others with starting up advice and this gave me the courage to start something of my own,” says Sakshi.

She realised that people are often hesitant to start up, as they do not have access to the right tools, and guidance, and in order to bridge this gap she founded Startupvisors in 2018, along with her brother, Shubham.

Speaking about the early challenges she faced while starting up, Sakshi says, “ The biggest challenge for me was to get clients, as no one was ready to hire a woman as their mentor.”

In 2017, much before she started Startupvisors, Sakshi had met experts from IIT-Delhi from whom she received professional training in entrepreneurship.

When she finally decided to startup, this training came in handy and she was able to garner the trust of Startup India, which got her on board as a mentor after seeing the work she had been doing. She also became part of a community of 450 other members at Startup India this year.

Among her mentees is a single mother making handicrafts. Sakshi guided her on how to sell products online. From struggling to make ends meet, the entrepreneur is now earning Rs 40,000-50,000 a month by selling her products online.

She also mentored a woman entrepreneur to start up her high-end silver jewellery line. Beginning with just a simple idea, the entrepreneur has gone on to open her own store at a premium mall in New Delhi apart from her own ecommerce website.

“Having all the requisite experience enabled me to become a mentor at Startup India,” Sakshi says.

Startupvisors aims to grow its community in the upcoming years, and focus on improving its offline presence. Sakshi believes that in every part of India, there are people who desire to start their own business.

“A lot of people are not just happy with having an online presence and hence I aim to strengthen the offline presence, to develop the trust of individuals. We believe in online rates, with offline trust,” says Sakshi.

Talking about her future plans, the entrepreneur is open to receive funds, as she feels that this will help Startupvisors expand in the right direction. She is even open to partnerships as a means to improve offline presence. Along with these, she also plans to expand her team. For those wishing to start up, she has some positive words:

“If you can dream it, you can definitely achieve it! And at Startupvisors we are here to help you achieve those dreams.”

From earning Rs 20 a day to making Rs 7.5 Cr annually, the journey of this woman entrepreneur a...