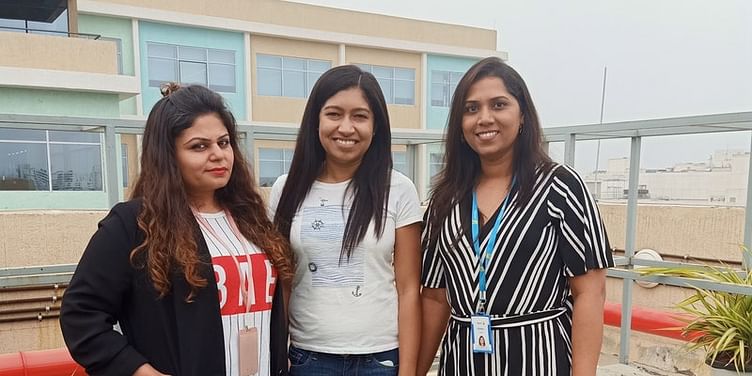 On International Women’s Day, women at Flipkart share what it takes to climb the professional ladder, and how they are contributing to the growth of the ecommerce giant.

﻿Flipkart﻿, the Indian ecommerce giant that had its beginnings in a small house in Bengaluru, became one of the first success stories to emerge from the Indian startup ecosystem. From two founders at a Koramangala bungalow to more than 30,000 employees, India’s largest ecommerce firm is also ranked top on ﻿LinkedIn﻿’s Top Companies List, making it the most sought-after place to work in the country.

Flipkart transformed shopping for Indians, reaching the remotest parts in the country with industry-first innovations and technological advancements.

And, leading some of the company’s key tech developments are women.

On the occasion of International Women’s Day, HerStory reached out to these women helping Flipkart reach new heights.

According to a ﻿Zinnov﻿-Intel report, only 26 percent Indian women in the corporate sector hold technical roles. The number goes down if you calculate women leading technical teams.

This Women’s Day, rise above your past: Amplifying voices of women defining their future

At Flipkart’s Embassy Tech Village campus, women are heralding leadership roles in technical departments. They are leading teams in ideation and creation of disruptive innovations in product, supply chain, and more.

Like Sonali Thite, Group Product Manager for the supply chain vertical, who leads the Automation and Robotics team. She played the lead role in developing the Automated Guided Vehicles project, which was deployed at Flipkart’s sortation centre in Soukya in 2019.

“It is possibly my biggest and most fulfilling contribution at Flipkart. The project was instrumental in scaling the sortation capabilities at our warehouse and was completed in a relatively short span of time,” says Sonali.

Bhavana Jayanth climbed up the ladder at Flipkart from an operational role at the Trust and Safety department to Senior Product Manager for Customer Experience. Despite not having coding experience, with the help of the organisation, she was able to take on this role. She now works on machine learning (ML) charters for customer service, enhancing Flipkart’s customer experience.

With lakhs of sellers using the platform to grow their businesses and reach bigger audiences, Khusboo Gupta, Group Product Manager, helped modify ML models that categorise products from various sellers on the platform. She says that her team was able to design models and tools that are among the most advanced in the country.

From several discussions, we understand that being a woman in tech comes with its set of challenges. Women are not always considered “naturals” in tech roles and have to let their work do their talking. These women prove that women in tech can climb the ladder and drive transformational tech innovations.

It is no news that women have it harder at workplaces due to gender bias and stereotypes that are deeply rooted in a patriarchal society like India.

“I feel that women must take the ownership to drive their growth trajectory and make conscious efforts to not shy away from speaking their mind” says Sonali, adding that a strong and supportive team has helped her grow positively.

The only woman in her team at Flipkart in the beginning, Bhavana too had to build a comfortable space by making the team dynamic. She believes it is the consistent opportunity to learn and grow that makes her feel at par with her colleagues.

Khooshbu shares that she had to work towards having her voice heard in the initial days of her career.

However, “Joining Flipkart after my first pregnancy, I was evaluated purely on my merit and was offered a job role that befitted my qualifications,” she adds.

They suggest that an inclusive work environment that ensures equal opportunity is a necessary ladder for women to rise in their careers.

Being a woman in tech

“It's a positive feeling to know that the community is growing - more women are taking up core tech roles and proving their mettle, both within Flipkart and in the tech sector at large,” says Sonali.

Many women pursue a career in STEM and enter the workforce but the numbers decrease as we climb up the leadership ladder. Sonali believes that organisations play an important role in ensuring that women are offered equal opportunities and are given the right resources to scale the career ladder.  “Creating a bias-free work environment where women are encouraged to take up equal and significant work is a vital step in this direction, and is something that I have personally experienced at Flipkart,” she adds.

To encourage more women in the industry, Bhavana advocates introducing young girls to career options in technology, and suggests that tech companies collaborate with educational institutions for the same.

“Celebrating the success of women in the field, will also help popularise the tech field as a viable career option for young aspirants,” Khushboo adds.

Nupur urges women working in the tech industry to seek opportunities for themselves. Apart from confidence, hard work and consistency, she believes that having a mentor to aid you in the journey can help you achieve your career goals.

Disability is only a state of mind, says physically challenged painter Sarita Dwivedi