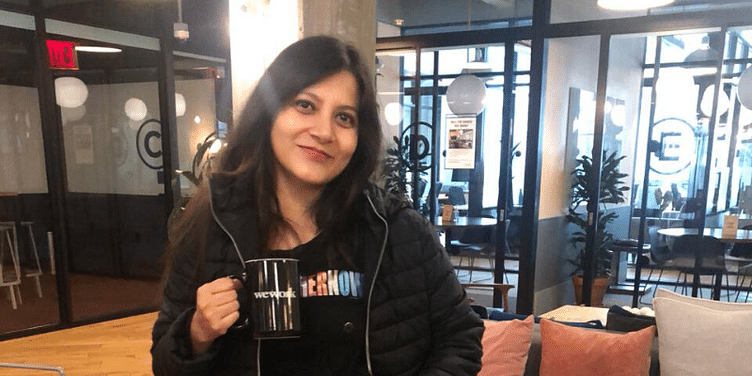 After facing difficulties by consuming unsafe drinking water, Rituparna Das co-founded Hydrotec Solutions and has installed more than 250 units of Arosia, the water ATM, in three states so far.

When Rituparna Das moved out of Durgapur, her hometown, to pursue higher studies in Shipbur, she used to fall sick frequently.

The doctor told her her bouts of sickness were caused by the drinking water, and advised her to switch to drinking mineral water instead.

“But as a student, paying for mineral drinking water every day was a bit difficult, and yet there was no option either,” she recalls while talking to HerStory.

Years later, when she was working as a software engineer in the Information Technology sector, she learned that several other students had faced similar problems. They decided to work on finding a solution while still holding onto their corporate jobs.

Founding Hydrotec Solutions in 2014, she was joined by Navin Gupta and Jyotsna Trivedi as co-founders.

She says, “We thought of doing something for the locals and the college students here so that they do not have to face similar issues.”

The trio went from developing water treatment technology for a year, and then started developing a water purification system. The team has now ensured that the college gets hygienic drinking water. For Rituparna, that was a big victory which gave them immense satisfaction.

However, during their research, they observed that despite many companies working to develop water treatment plants, a majority of the population still did not have access to safe drinking water.

In 2016, they quit their corporate jobs and dedicated full-time to focus on the startup.

Realising that people have to buy drinking water while travelling, the team leveraged the Internet of Things (IOT) technology to develop Smart water kiosks, also known as Water ATMs.

Currently present in three states of India, over 250 units of the cloud-based pay per use machine have been installed, which purify half a million litres of water daily.

This began with a pilot project in Lansdowne, a hill station in Uttarakhand. “When we came to know that they don’t have access to round-the-clock electricity, we set up a solar-based system with lithium backup and it was a big hit,” she shares, adding that people can get water at Rs 1 per litre and Rs 5 for 20 litres.

She adds that even tourists in the area would rely on their water quality and were sceptical of drinking municipal tap drinking water.

Banking on this success, the trio reached out to various government bodies to install the water ATMs in various public places. In Kolkata, where the startup is headquartered, they have installed the water ATM at Hidco’s Ecopark, where more than one lakh people visit during Christmas and holidays.

Rituparna says, “Families would come with their children to play. And when many people from different background come to enjoy, they should not have to pay Rs 25 for one litre of water.”

Bootstrapped so far, the startup has been continuously working on various projects. The convenience, quality, affordability and accessibility at all times attracted the smart city project in Agartala as well. The team installed a total of 10 water ATMs in the city hospitals, bus stands, and various marketplaces and shopping malls.

In case the water quality degrades to below the permissible levels, the founders say the kiosk machine is designed to stop dispensing the water and alert the team.

“However, we also receive a warning alert beforehand and we make sure it doesn't reach a point where some parts of the water treatment machine do not function and people drink bad quality water,” Rituparna adds.

There are three ways in which the Hydrotec Solutions installs Water ATMs. They either directly sell to governments and organisations, adopt a franchise-based model, or through public-private partnerships.

They go for the franchise option when there are local entrepreneurs who can set up Water ATMs and earn monthly revenues, with the startup providing aftersales support.

It has served the likes of Indian Oil Corporation, New Town Kolkata Development Authority, Coal India, and the Indian Army.

Replacing the need for mineral water, the founders also claim they have brought down the need for single-use plastic as well, especially at Digha beach in Kolkata where plastic threatens aquatic life.

While the startup was planning on installing more water ATMs at Shankarpur beach, all activities are currently on hold due to the nationwide lockdown to contain the COVID-19 pandemic.

However, Rituparna assures that the rest of the kiosks are functioning as usual, as people need water even during the lockdown.