This architect entrepreneur’s penchant for lighting spaces has got her clients like PVR, Mercedes 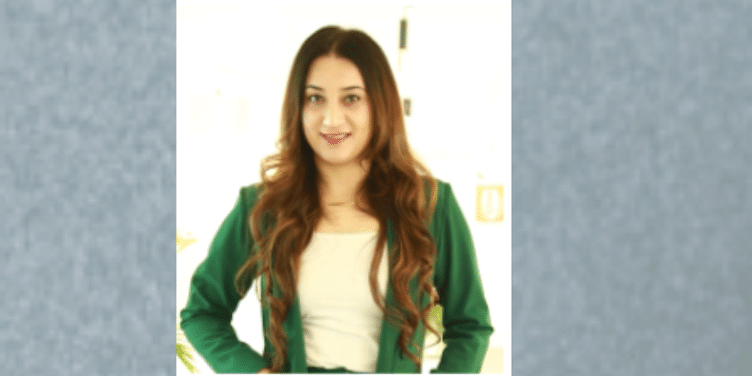 Young adults today, have been exploring home décor ideas, with a newfound love for it. Wallpapers, wall-hangings, lightings, flower-pots, paintings, among others, have gained popularity among people, who like to do their own home interiors.

Among them is Dilraj Bhatia, who has always been interested in how lighting can grace a space, and uplift a person’s mood, even as a child.

Dilraj says creativity runs in her family of art enthusiasts. She grew up watching her grandmother paint, make mats, baskets, and create something out of waste materials.

While working on a project as a freelance architect post-graduation, Dilraj was looking to get a light fixture made and could not find it in the market.

“I could not get it customised for my home, and I asked for decorative lights, and they would tell me to pick something off the shelf. As a designer, I saw a big gap in the market to enhance creative experiences,” she recalls.

She took a leap of faith, and started her luxury lighting brand DBEL Studio in January 2017, based out of Gurugram.

As an architect and designer, Dilraj saw how lighting highlights and shapes spaces, and impact people psychologically as well. According to her, not many recognised this, and finished the construction of the house, keeping installations of lights at the end.

“Most clients would come when the hall ceiling and furniture are done, and now want to move on to lighting the space. But it does not work that way. Since wiring and the gaps in construction are all taken care of, it limits our options for lighting,” she explains.

For the first 10 months, the entrepreneur had been explaining to her clients that lighting also starts from the concept stage.

The studio functions on the 3C model which refers to ‘Consulting, Customising, and Curation’ of lights. After understanding the client’s needs, the studio starts customising the space by looking at layouts for lighting.

Most of her creations are inspired by minimalistic designs, identified by “unconventional forms, clean lines, and alliance with modern influences.”

According to Dilraj, she prioritises eco-friendly solutions through energy conservation. The practice includes leveraging as much natural light, using LED lights over halogen bulbs, and integrating automated lighting systems.

This helps build smart home systems, while also regulating energy consumption and controlling the carbon footprint of the building, she adds.

Her clients pay her based on the scope of work, beginning from as low as Rs 150 for architectural lighting, Rs 3,500 for decorative lighting, and may go up to lakhs for chandeliers and other installations.

Bootstrapped so far, the studio has catered to the likes of PVR Ambience Mall, showrooms of Mercedes, and TNT Motors, among others. It has also served clients across six Indian cities, including Bengaluru, Delhi, Mumbai, and delivered projects to Muscat and Dhaka.

The journey has not been one without challenges, Dilraj says, adding that she has a long way to go, despite having worked on notable projects.

While she is keen on garnering more experience and grow through them, she had to tackle gender bias along the way.

Many times, she says, clients would want to work with male designers or quote a lesser price for my ideas and services. When negotiated, on some occasions, Dilraj has been told that she is ‘too bossy’ for a woman.

“While I am open to criticism, I am also a firm believer in my skill, and these claims do not deter me,” she adds.

She explains, “Architecture is still considered to be a male-dominated profession, and women are labelled as mere ‘decorators,’ and the more technical aspect of work is handed over to men,” adding, she is proud to have gained expertise as an architect and designer in the niche area of light and interior designing.

As American film director Aaron Rose once said, “In the right light, at the right time, everything is extraordinary.” And Dilraj is on a mission to modify places, one lighting at a time.