LGBTQ+ allyship: the path to a more progressive workplace 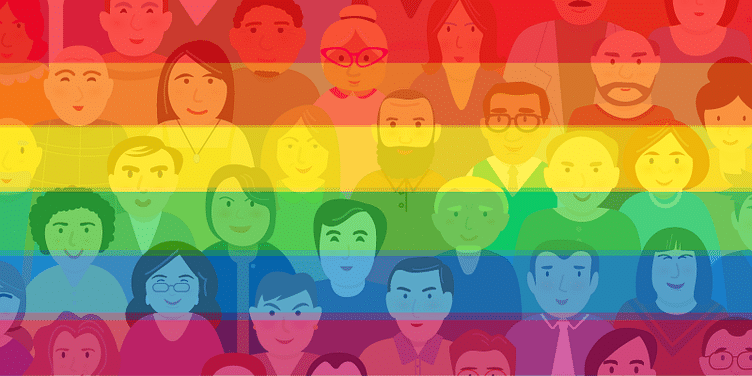 Allyship ensures the much-needed culture shift in order to facilitate a more inclusive and open work environment for employees who are part of the LGBTQ+ community.

I was a normal child but it’s the world that made me feel different,” said Laxmi Narayan Tripathi, the first transgender who represented Asia Pacific at the UN.

Discrimination against members of the lesbian, gay, bisexual, transgender, queer (LGBTQ+) community is one of the most wide-spread occurrences in the world today. Not only does it hurt the LGBTQ+ and other individuals on the spectrum, it also affects families, organisations and countries, with numerous studies showing the impact of discrimination and harassment on the mental and emotional well-being of LGBTQ+ individuals. This impact is visible at the workplace too, with majority of employed individuals belonging to this community preferring to remain in the closet.

Until a few years ago, LGBTQ+ inclusion was unheard of in Indian companies. Today, this is changing with Indian corporates recognising that the LGBTQ+ community makes up an important part of their workforce, their vendor base and larger customer base.

For diversity and inclusion programs across organisations, the idea at the core has been the implications that a diverse workforce has on productivity, ROI and revenues. And to be truly inclusive and humane, we must pay attention to all communities – be it members of the LGBTQ+ communities, PwDs, veterans or gender groups.

On LGBTQ+ specifically, apart from gaining access to a large untapped talent pool, organisations are fast realising that enabling employees to bring their full selves to work helps their ability to source, retain and drive a high-performing workforce.

A 2017 survey in the US by Deloitte said that 80 percent of respondents said that inclusion is an important factor in choosing an employer while 72 percent said they would leave an organisation for one they thought was more inclusive.

It’s even more imperative for Indian corporates as they are now competing in the same inter-connected and competitive market where many of their global peers already have advanced diversity policies in place for their employees. Adding to this is the fact the LGBTQ+ community’s purchasing power is inarguable – estimated to be $3.7 trillion globally, according to LGBT Capital.

Making inclusion happen at the workplace

How do we recreate the workplace to become one where LGBTQ+ talent can thrive? I would say there are two parts to this.

First, where the organisation is an equality partner and drives decisive change as an “ally”. This could be through implementing inclusive policies and programs, incorporate LGBTQ+ inclusion in recruitment initiatives but not with affirmative targets, launch internal employee resource groups (ERGs), conduct sensitisation trainings to prepare the larger work environment to become far more accepting of differences, etc. Companies are also looking at enhancing their Prevention of Sexual Harassment (POSH) policies to include the LGBTQ+ community and setting up physical infrastructure such as gender-neutral washrooms.

Second is to leverage the straight and cisgender majority to be pro-LGBTQ+ champions or allies at the workplace. Building a strong network of allies across all levels of the organisation goes beyond having ERGs and works as a support system to the LGBTQ+ community… sort of a ‘we have your back’ kind of concept.

Allyship ensures the much-needed culture shift in order to facilitate a more inclusive and open work environment for employees who are part of the LGBTQ+ community. Right from senior leadership messages that proclaim allyship to offering advice, mentoring, workshops, engaging with employees and sharing support on social media, the organisation can leverage allies to raise awareness within teams from the grassroots.

Some pointers we as allies need to note:

Understand your biases. Identify and unlearn the exclusionary prejudices that have been internalised. It will help each one of us listen better, speak consciously and use the right language… be it in policies, communications or situations.

Educate yourself and others to be sensitive. Educating ourselves plays a major role in minimising the mental and emotional burden on LGBTQ+ individuals – be it through the content available on the internet or organizational resource kits created to educate employees about the LGBTQ+ community and the right interactive behaviors.

Empower and act. We must actively stand up against prejudices that others may reflect even if there may be some difficult conversations. Remember that we have the advantage of a platform of being heard more often and the power to reconstruct the culture within which we exist. If we were to enable even small changes, they can all add up to making the world a lot easier for LGBTQ+ individuals.

Today, Indian corporates are at different levels of maturity in supporting the LGBTQ+ community at the workplace; but the awareness is certainly present. We must strive to establish the workplace as a truly safe place leveraging policies and ally practices with the right nuances, since it has large implications on well-being of our people, enhanced loyalty and talent retention.

In the current climate, inclusion of people on the gender identity and sexuality spectrum is no longer a matter of choice. It has evolved into the way organisations can be inclusive in the realest possible sense.