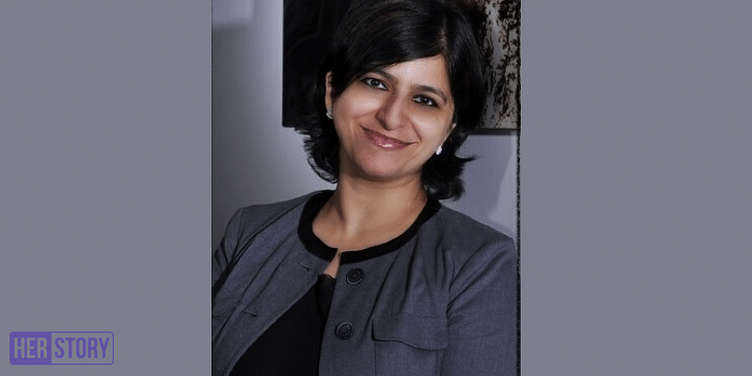 #ApnaDeshApnaMask, spearheaded by EkDesh and its co-founder Poonam Kaul, is a campaign that encourages people to wear home-made masks, practice social distancing, and practice appropriate hygiene such as sanitising and handwashing during times of coronavirus.

Launched on April 10, a few days into the nationwide lockdown, ApnaMask.org, a non-profit initiative by STartupsVsCovid, and co-founded by Poonam Kaul, ApnaMask.org began the difficult task of spreading awareness on safety during COVID-19.

The initiative aims to spearhead India’s largest ever behavioural-change initiative and attempt to use different communication tools and platforms to drive messages.

These encourages people to wear home-made masks, practice social distancing and appropriate hygiene such as sanitising and handwashing.

“ApnaMask believes a top-down approach by the government and healthcare professionals will not be enough to address this problem. There needs to be active participation from other social influencers – whether captions of industry and startups; actors, cartoonists, students, and many more to really drive social change and do it practically in real-time,” Poonam tells HerStory.

As a Kashmiri growing up amid unrest in the Valley in the 90s, Poonam is symbol of persistence and determination. Her father was on the militants’ hitlist and the family had to leave in the middle of the night with a single suitcase and start life afresh, in an unknown land. While Delhi has been home to Poonam for over 20 years, those initial years taught her some life lessons, making her strong, resilient, and fearless.

After completing her MBA in marketing, Poonam went on to hold a number of important positions in different corporate entities. Her last role was Director-Marketing at Apple India. Previously, she worked at PepsiCo, Nokia, and Microsoft.

Interestingly, she has also produced The Last Colour, a film written by Chef Vikas Khanna, on a poignant relationship between a nine-year-old tightrope walker and a 60-plus widow who had never played with colours, and how the little girl promises to add colour to her life. The film made it to multiple prestigious international film festivals and also got into the eligibility list for the Oscars last year.

On EkDesh and the #ApnaDeshApnaMask campaign, Poonam says, “In early April, inspired by the government’s message around the importance of wearing masks, we started EkDesh as a communication platform and a not-for profit initiative. It came under StartupsVsCOVID, a collective group of entrepreneurs and professionals from across sectors including healthcare, technology, social sector who have joined hands to support the government’s efforts to battle COVID19 with specific solutions. They started with four volunteers in March and now have over 1,000 volunteers.”

Each one can make a difference

The inherent need to step up and help in whatever way she could, Poonam says, came from the belief that each one of us can make a difference.

“It is very easy to sit inside our house and become a political analyst or an epidemiologist or even an economist on any given day, and complain. That’s why I urge everyone that instead of complaining and questioning, when we are faced with such an unprecedented crisis, go and make that six degree of impact.”

Initially, they were supported by startup stalwarts making masks at home - Rajan Anandan of Sequoia India, Vijay Shekhar Sharma of Paytm, Alok Mittal of Indifi, Vishal Gondal of GoQii, Jasminder Singh Gulati of Nowfloats, along with others and took a pledge to make and wear a homemade mask when they step out of their homes.

EkDesh also collaborated with The Dharavi Dream Project to take forward the message through a rap composition to appeal to the youth. Bollywood choreographers Remo Dsouza, Bosco Martis, and upcoming choreographer Shantanu lent their support to these students to boost their morale and helped spread the message.

The initiative also received support from 40+ brands. These include Urban Company, MakeMyTrip, Dunzo, Swiggy, Zomato, HealthifyMe, Redbus, Ixigo, MoneyTap, MyUpchaar, Bounce, RazorPay, Medanta, WittyFeed, LBB, Porter, Meesho, Daily Hunt, 1mg, Paytm Games, among many more. Most of them changed their app icons while some of them changed their social media handles as well.

As the country entered Unlock 1.0, EkDesh plans to launch #EkDeshEkJung, which they believe will drive behavioural change that will be critical as the country starts opening up.

“The campaign has been designed to build self discipline in citizens and addresses significant lifestyle changes that people will have to bring about in their daily lives going forward - not leaving the house without a mask, staying alert through the day, sanitising yourself before returning home, et al. The campaign will reach out to 400 million Indians directly and will be targeted across the various socio economic strata of our society with specific change driven messaging,” she says.

As India reaches 4.25 lakh cases of coronavirus, it’s imperative for us to stay safe, and follow all safety measures, even as cities open up. Wearing a mask, sanitising, and washing hands is the new normal, and accepting it is the only way forward.