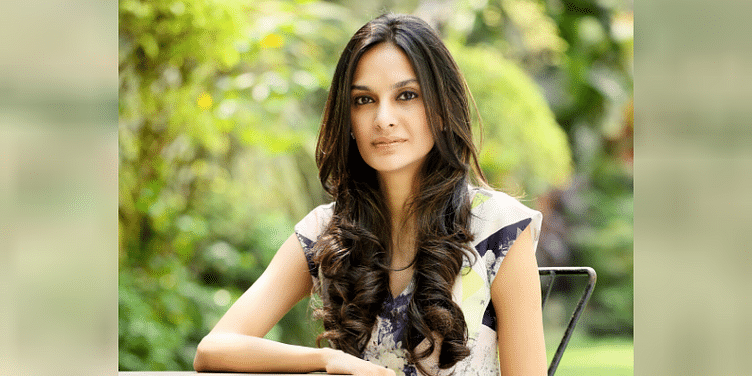 Having grown up amidst sashay fabrics that her father’s garment export factory would export to Japan, fashion has been a part of Sweta Tantia’s life from as early as she can remember.

It was natural for her to pursue a formal education in National Institute of Fashion Technology, Kolkata and get a master’s degree from London School of Fashion.

Having walked into a profession that relies on innate creativity which cannot be simply inherited, Sweta has successfully established herself as a designer by launching two different sustainable brands – Garo and Tahweave.

Besides coordinating with weavers from the suburbs of Kolkata to design for her brands every season, Sweta also manages her two multi-designer stores, Kalon and Riie, in Kolkata.

Fortunately, when Sweta launched an India couture brand, Garo, in 2012, she did not face much difficulty in accessing rural artisans and weavers, thanks to her father’s extensive network. Her brand started designing traditional Indian attires such as lehenga and salwar kameez with intricate weaves and embroidery.

Backed by a team of more than 30 weavers today, she has dressed celebrities like Madhuri Dixit Nene, Sania Mirza, and Dia Mirza.

At the same time, while procuring many handwoven fabrics for the brand, Sweta also launched Tahweave which focuses on designing everyday wear made out of fabrics that are easy and comfortable on the skin.

They have minimal embroidery which helps accentuate the designs. Several Bollywood actors including Karisma Kapoor, Malaika Arora, Raveena Tandon, Shilpa Shetty, Ileana D’Cruz, and Pareeniti Chopra, among others have sported the brand. Founded in 2017, the brand has already made it to five seasons of Lakme Fashion Week.

The label name Tahweave is a portmanteau of the Sanskrit word ‘Tah’ which means folds and seams, and the English word ‘weave’.

On the other hand, Garo is inspired by a tribe who live in the Indian states  of Assam, Meghalaya, and Nagaland, well as in Bangladesh. “Every collection of Garo is inspired by some tribe around the world. The Garo tribe’s clothing is bright and colourful, features elements like coins with many embellished drapes,.” Sweta tells HerStory.

More importantly, the designer says that one needs to really take care of the finishing. “As long as it is well-finished, structured and give them good stuff, they are willing to come back again. That is why we have a lot of repeat customers,” she adds.

Started with an initial investment of Rs 10 lakh, the brands have grown through exhibitions and, fashion shows, and hopes to expand further.

However, the fashion entrepreneur believes that supporting the livelihood of weavers is crucial and in addition to the weaver’s salary, a part of the revenue from Tahweave’s sales are spent on helping them. The team would improvise the flooring and build sheds at their homes during the rainy season. This was also recognised by the Textile Minister of West Bengal government, who wrote Sweta a letter of appreciation.

Post the COVID-19 outbreak, Sweta says that although the weaver’s community in the suburbs of Kolkata have not been affected yet, they have resorted to communicating via WhatsApp video calls to share samples and discuss the progress of the work. Even though this takes longer than working together in person, the entrepreneur maintains that it is the need of the hour.

While most of the designs for Garo are inspired by various tribal communities and involve heavy research, Sweta shares that Tahweave reflects a lot of her personal adventures and travel accounts.

The most recent collection of Tahweave called Vistoso is based on famous Dutch painter Van Gogh’s Almond Blossom painting, inspired by her trip to Amsterdam in November 2019 when she visited the painter’s museum.

“All of his paintings are very depressing. He is a brilliant artist but was believed to be not a very happy man. One of the few times he became really happy was when his nephew was named after him. That’s when he drew Almond Blossom and my whole collection is themed around this happiness,” Sweta says, adding that she personally likes to be surrounded by a positive environment.

The collection, featuring embroideries of flowers that stands out on light plain and striped silhouettes, was launched in February 2020. The models also carried a storage tube used to carry the paintings to symbolise the inspiration.

Sweta advises aspiring fashion designers and entrepreneurs to maintain their originality and create something which they are comfortable with and not solely because it is in vogue.