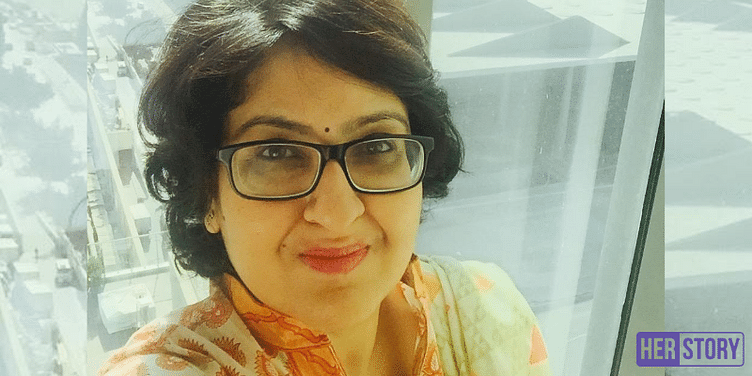 Initiative for What Works to Advance Women and Girls in the Economy (IWWAGE) is conducting research and interventions along with government agencies like NITI Aayog, Ministry of Rural Development and others for gender advocacy and women’s rights.

“India remains an anomaly for a country where despite economic growth and rise in education of girls, the Female Labour Force Participation Rates (FLFPR) has been showing a worrying decline in the past 30 years or so,” says Soumya Kapoor, head of IWWAGE.

Initiative for What Works to Advance Women and Girls in the Economy (IWWAGE) is a gender research and advocacy organisation set up by LEAD, an action-oriented research centre of IFMR Society.

IWWAGE, through its research, not only unpacks the barriers that women face in joining the workforce but emphasises advocacy initiatives to advance economic empowerment of women. It leads large scale interventions embedded in existing government initiatives such as gender trainings for women, setting up gender resource centres within National Rural Livelihoods Mission and piloting digital innovations such as improving women’s access to entitlements via app-based solutions with Haqdarshak. It has also set up a Center of Excellence on Women’s Empowerment Collectives to expand research on the role collectives such as self-help groups of women or SEWA’s union and their role in empowering women at local levels.

Leading the organisation is Soumya Kapoor, a development economist who has worked for 18 years in the development sector, spanning research around gender, women’s empowerment, poverty reduction strategies, social inclusion challenges, and policy levers to alleviate them around the world. She has also worked as an independent policy advisor for the World Bank, UNICEF, the Government of India, the Centre for Policy Research and the Self-Employed Women’s Association (SEWA). She has co-authored several World Bank and UNICEF research outputs, including some of their flagship reports and has two widely acclaimed books to her credit.

Soumya has a Tripos Degree from the University of Cambridge in Economics and a B.A. (Hons.) in Economics from St. Stephen’s College, Delhi University. She has also been a Visiting Fellow to the John F. Kennedy School of Government at Harvard University.

Despite economic growth, decline in fertility rates of women, and rise in schooling and improved learning outcomes for girls, Female Labour Force Participation (FLFP) levels in India remain alarmingly low, with only one out of every five women of working age in the workforce, according to Soumya. Women’s access to resources, assets and other rights and entitlements also continue to remain low, leading to limited to no impacts on other social development outcomes.

“Economic empowerment of women is fundamental to achieving gender equality and inclusive growth. IWWAGE was set up to address this challenge,” Soumya tells HerStory.

IWWAGE has partnered with government ministries and policy agencies like NITI Aayog, Ministry of Rural Development, and Ministry of Women and Child Welfare and more to help turn research into policy level advocacy. It also boasts a high-profile list of donors that include The Bill and Melinda Gates Foundation, UN Women, World Bank among others.

Despite more women taking up regular work over the years, in 2018, 80 percent of the salaried jobs continued to be held by men, while as many as 80 percent of women who worked, did so in the informal sector. There is also a substantial gap in the earnings of men and women.

Soumya says some of the challenges impeding women from taking part in workforce are the burden of childcare, women’s mobility issues which constrain them from taking up work, intersectionalities such as caste and religion impeding work opportunities, and the barriers women face in frontline work, which is increasingly being recognised during the COVID-19 pandemic.

“We attempt to shift the evidence base from “How” to “What Works” to improve women’s participation in economic activities by addressing barriers to women’s work, facilitating women’s access to decent work and economic resources, and enhancing women’s agency by leveraging the transformative potential of women’s empowerment collectives,” says Soumya.

In this regard, IWWAGE has been researching and implementing intervention in three key areas - barriers to work, quality of work and women’s agency through collectives.

Some key interventions include two large scale interventions with the MoRD’s NRLM, including one on scaling up gender trainings and piloting gender resource centres delivered through its SWAYAM project and another on providing technical assistance to the government’s National Rural Economic Transformation Project to create enterprise support systems for women’s enterprises in rural areas through its project STREE. It is also testing multiple digital solutions including IVRS push and pull calls, and app-based knowledge and enrollment of schemes to enhance women’s awareness about their rights and entitlements. In addition, it is also working with the NITI Aayog and other partners, on a broader early childhood development policy for India which can lead to the scaling up of formal childcare centres to relieve women of the burden of childcare.

During COVID-19, it is conducting a series of research and intervention projects to generate evidence on impact of COVID-19 on women and alleviating impact on women in public service and frontline work, home-based work and women in SHGs. To help provide relief schemes, it is collaborating with tech-solution company, Haqdarshak to cover 50,000 women from target vulnerable segments like migrants, farm wage workers, farmers, pensioners, etc. across 9 states in India for relief schemes.

Why is women’s empowerment important?

Economically empowered women participate more in household decisions, in community work, and in political decision making and claims making. Communities, which have collective action programmes for women are more likely to invest in public goods like water, roads, schools and more.

Soumya says that IWWAGE takes up research that is relevant to push the cause of women’s economic empowerment. To help this cause further, she says that IWWAGE will deepen its engagement with government bodies NITI Aayog and different ministries.