How the gender parity ecosystem is coming to life 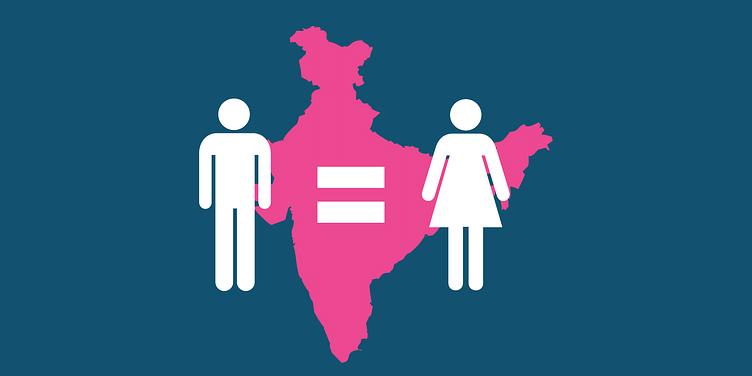 Can India rightfully pursue an economic growth strategy led by scientific or technological innovation, unless it is willing and able to tap the best scientific or engineering minds available regardless of their gender?

No matter what data point one picks to make this argument, it is now abundantly clear that the once-in-a-century pandemic has slowed India’s economic engines down to a crawl. Furthermore, enough estimates suggest that the road to recovery is going to be painfully slow.

A prolonged economic slowdown is simply untenable for a country like India, with its largely young population and its collective aspirations. Unless we quickly return to a high annual rate of GDP growth – and the consensus here appears to be 10 percent – sustained over several years, the socio-economic problems of India will only multiply.

The job at hand is not easy. India will need to marshal every bit of its ingenuity, talent and resources together to pull itself out of the current economic turmoil. Can we do so without fully involving women in productive labour, particularly in the truly impactful roles in corporate India?

Or more to the point, can India rightfully pursue an economic growth strategy led by scientific or technological innovation, unless it is willing and able to tap the best scientific or engineering minds available regardless of their gender?

I have often made the point that a majority of Indian organisations – both from the public and private sector – are missing out on the extra edge in their innovation endeavours by unwittingly building a largely homologous and women-exclusive working environment in their technology and engineering labs. No wonder that the handful of women with science, technology, engineering or math (STEM) backgrounds who make it to these boys-only clubs find it difficult to sustain or are simply forced out.

Women make up only 14 percent of the total 29,000 scientists or engineers we have in R&D institutions in India. The global average is more than double at 28.4percent[1]. In March, a survey[2] of roughly 900 women techies conducted by a jobs website pointed out that nearly half of them plan to switch their career in the coming years because of the gender bias in the tech industry. Another 28 percent said that their chances of becoming a vertical or business leader are bleak.

India’s employers have worked hard in the recent years towards building more diverse and inclusive workplaces but clearly, they need to do far more for their efforts to show any meaningful impact. At the same time, as a country we must also recognise that the task of building gender-parity in the science and engineering departments is far too important and way too complex to be left alone to the employers alone. Instead, we need to come together and collectively foster a comprehensive ecosystem that can tackle this challenge from both the demand (employers) side as well the supply side.

In fact, one can even argue that a lot more needs to be done for bolstering the supply side – ensuring that a large enough pool of talented, suitably-skilled and motivated women is available for hiring in STEM roles in the first place. There are many diverse challenges here, but they all essentially boil down to how do we create and sustain a wide enough talent supply funnel.

At the bottom of this funnel, the tasks involve encouraging more and more girl students in middle school to take up Science stream in high school, with the expectation that it will eventually lead to more women eventually pursuing science, math or engineering degrees at the under-graduate level. The fact that women make up less than 20 percent of undergraduate students at most IITs is just a small window into the enormous challenge we have on our hands.

The middle of the funnel is when women are ready to join the workforce and need support in terms of preparing themselves adequately for a fulfilling STEM career. Typical interventions at this stage include career mentoring for aspirational goals, training and upskilling for niche and precise skill sets that modern STEM roles often demand.

The top of the funnel tends to focus on retaining and grooming women who are already employed for managerial and eventually leadership roles. Counterintuitively, the need for support and handholding is actually highest at this stage of the funnel as the women must overcome social barriers, family pressures and workplace bias to sustain their jobs.

I mentioned earlier about the need for creating a nurturing ecosystem for interventions at each stage of this talent supply funnel. Fortunately, a growing number of individuals as well as communities and organisations such as WiT India have been doing commendable work either collectively or sometimes in isolation. These organisations are fortunate to work with many such communities and groups as we run programs right from school and college levels to broaden the supply funnel.

In fact, these programmes are much appreciated by students and working professionals alike, who stand to learn key skillsets and get an exposure to real-life problems.

Beyond these communities, there are potentially thousands of invisible peer groups active on WhatsApp and other social media platforms where women are finding support and encouragement. Slowly but surely, the desired ecosystem for closing the gender gap is coming alive. Once the job is finished, the rewards will be reaped by everyone involved: our businesses, society and the country above all.