This mother-daughter duo’s brand offers organic spices that are made in the traditional, hand-ground way 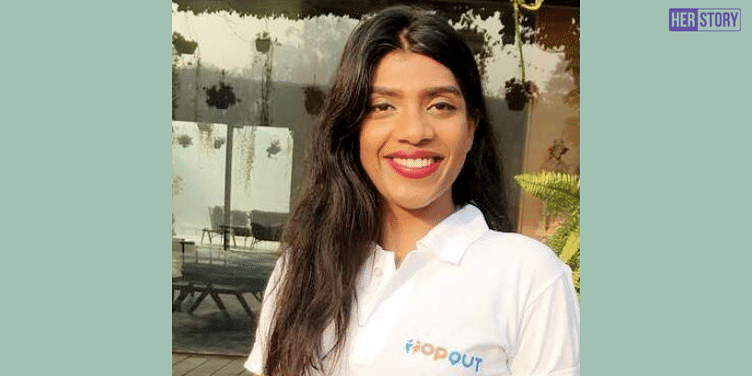 There is a reason India is known for its spices; it is the world’s largest producer, consumer, and exporter of spices. According to the India Brand Equity Foundation, the country produces 75 of the 109 varieties of spices listed in the International Organisation for Standardisation (ISO) and exported $ 3.65 billion worth of spices in 2020 alone.

While the market is clearly crowded, New Delhi-based ORCO (which stands for Organic Condiments) claims to stand out as the only brand manufacturing hand-ground, organic, and completely natural spices.

Founded by Pragya who looks after the process behind the preparation process, and her daughter, Adhvika Agarwal takes charge of all the marketing and business aspects of the business.

ORCO prides itself on producing hand-ground spices, which means doing away with machinery and not using electricity at all – the lifeline for major commercial brands for mass production.

“The sustainable process keeps the spices unburnt in the process, while the natural smell, aroma, nutrients, and texture are retained whereas machine-made spices tend to lose these properties. Also colour is added to the process,” explains Adhvika who holds a master’s in entrepreneurship from the Cass School of Business in London.

However, the ORCO way of manufacturing the traditional way is labour-intensive and time-consuming. That is where the duo meets its aim of empowering women through employment. Having employed around 100 women at their plant in Delhi so far, it hopes to impact nearly 500 women in the next few years.

While they initially found it difficult to pound the spices as operating the chhaki requires a lot of strength, Adhvika says eventually the women got used to the process. At present, ORCO offers 45 different spices including experimental mixed blends and those commonly used in Indian households, priced between Rs 40 and Rs 300.

The entrepreneur says that while there are no direct competitors, organic brands like 24 Mantra, Organic Tattva, and Organic India fall in the same category.

The perfect way to pilot

When most businesses undoubtedly launch themselves online, Adhvika went the traditional way by investing in retail stores in Delhi’s bustling Modern Bazaar to understand customer’s reaction to their products. She says Kunal, one of the store owners, impressed with their products allowed her to display them for free for a few months.

Adhvika would interact with customers in the market and observe how the products were picked up by customers. While she says she would have got similar insights online, retail stores give instant and specific reasons as to what and why customers behave in certain ways.

“We started traditionally to understand how the market reacts. Even though many valued the hand ground feature, the market still needs a lot of education because some do not even believe in organic products,” Adhvika says.

She asserts awareness on the organic value of products is important as farmers go the extra mile - using cow dung and other manure instead of chemicals. The entrepreneur ensures to raise awareness on organic products through the brand’s social media channels.

The major challenge they faced has been pitching a brand-new product to retailers who are interested only in higher margins and are doubtful of new products. Gaining visibility in an already crowded market was another challenge.

When COVID-19 hit, ORCO was compelled to move online that led to finding a customer base beyond the Delhi-NCR region that values organic products. Online channel including the startup’s website and e-commerce platforms like Flipkart, Sokastore, Amazon, Organikness has now become a major source of revenue for the brand. Its products are also available in more than 100 retail stores in Delhi.

While spices will remain ORCO’s core product, it hopes to venture into other areas like organic snacks and probiotic drinks like Kombucha. Moving ahead, it hopes to be the leading organic FMCG brand in both domestic and global markets.