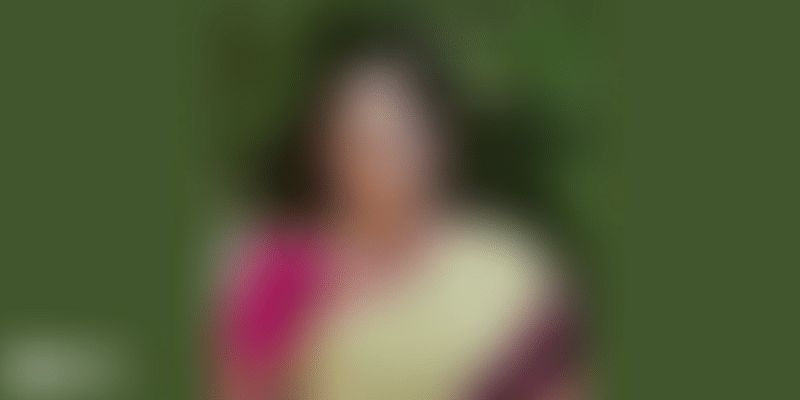 Taruna Sethi started the Karuna Quilt Movement last year to honour and acknowledge the frontline workers during the pandemic. The crowd-sourced initiative aims to make 1,000 quilts by August 15.

In 2015, after Taruna Sethi moved from the US to Mumbai, she discovered quilting as a hobby. Soon, she started Simply Beautiful Always to promote quilting as a hobby in India. After completing her master’s in Management Studies, she worked in the corporate sector for a few years before moving to Florida after her wedding.

“The thought behind my venture was to learn, earn, and share this art with those who can use it to earn an income. Initially, I taught my domestic help, and gradually, the venture grew and also included different-abled people,” she says.

The 56-year-old, like all Indians, was deeply affected by the pandemic and the lockdowns. “Things were getting difficult on every front and many of us were slipping into depression and negativity. It was important to point out that even in such times, there was so much that we must be thankful for and count our blessings,” she says.

Taruna especially wanted to express her gratitude towards the hundreds of frontline workers who are doing their best to keep us safe and healthy.

She says it is a beautiful honour for the unacknowledged invisible hands — from the ones who sanitise the operation theatres to the ones who ferry food and essentials to the jawans at our borders.

To acknowledge these “invisible hands”, she started the Karuna Quilt Movement on August 15, 2020. The movement commits to make and gift 1,000 quilts to frontline workers by August 15, 2021.

“The more I got involved with this idea, the need to generate sustainable employment for those who lost their jobs, creating employment in real India and upcycling the surplus/ scrap cotton fabrics generated by the garment factories also became key issues that I felt could make a difference along the way to make the 1,000 quilts,” she adds.

Karuna Quilt Movement is spearheaded by Simply Beautiful Always, which is known for its intricate patchwork quilts. It is a team of 22, which includes many from underprivileged backgrounds.

She along with the team design the layouts and finish the quilts. They are also training migrant workers virtually through several NGOs in Maharashtra, Rajasthan, and Gujarat, and are running a pilot in a village in Bihar to make the quilt tops.

The team has posted several videos in Hindi on YouTube which are often referred to by the various NGOs working with Simply Beautiful Always.

Besides this, the Karuna Quilt Movement has several contributors who are making patchwork squares that then get assembled into beautiful quilts.

The movement has received 500 blocks so far and a number of contributions as well. Each artisan is paid Rs 200-250 for a day's work based on their skills and location.

Sulochana Balaram Dhumal, who works for the movement, says, "It has been an immense journey working with Taruna Sethi for the past 17 years. If frontline workers can work selflessly, we can do our bit in the comfort of our homes. From being a house help to becoming a person well-versed with quilting, I have become synonymous with the art form.”

“Making the patchwork quilt tops is an art of precision where several small pieces of fabric come together to form beautiful geometric designs. Anyone who can patiently sew with a sewing machine can make the patchwork designs,” says Taruna.

The movement began with Taruna's savings and also runs on contributions made on the website. There are two ways by which one can contribute to the movement — by monetary help and making the squares. One can either sew, do patchwork, paint, embroider, knit, or crochet to make the squares.

“We are hoping to make India's Karuna Quilt Movement an ongoing movement for years to come. We are in the process of developing and sampling products that can be made by the people of the NGOs and villages and can be marketed commercially and provide sustainable employment to the workers,” she adds.