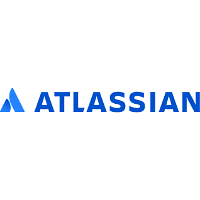 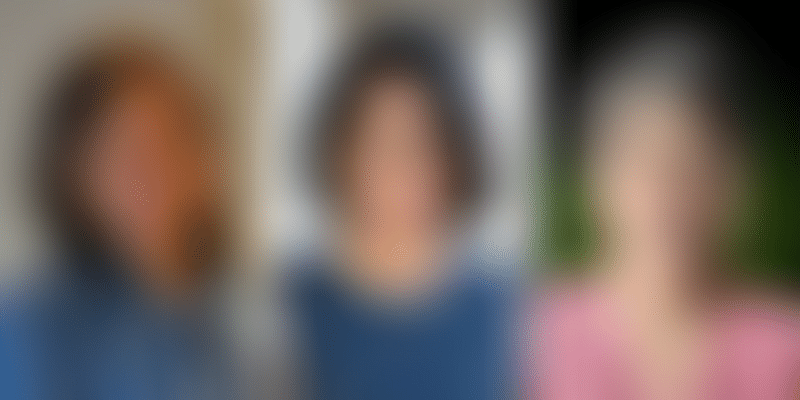 The way to the top is never easy, but the journey is often more difficult for women. Three women engineering leaders from Atlassian talk about how women can navigate their way through biases and stereotypes to make a mark for themselves in the tech industry.

A recent estimate by the World Economic Forum predicted that it will take 257 years to close the employment gender gap across all industries. Given tech’s notoriously male-dominated culture, it may be long before women engineers see any gender parity. But, because we don’t have two and a half centuries to wait, we spoke to three engineering leaders from Atlassian about what they will advise women forging careers in STEM fields.

Engineering managers Chanda Sethia, SV Sindhu, and Vishakha Vaidya understand the importance of mentors, why authenticity is crucial, how to speak up—and when to say “no.” Through developing their careers and confidence, their invaluable contributions helped Atlassian shape a thriving culture of female leadership.

Here’s what Chanda, Sindhu, and Vishakha had to say about succeeding as women in the technology sector:

1. When people say you can’t do something, don’t listen.

Even with global education initiatives that level the STEM playing field, perceptions that men are somehow better in math and science are all too common. The great news is that you don’t have to listen to these outdated stereotypes.

Sindhu says that women should follow their own interests and ignore antiquated societal norms and biases. “There’s an idea that men naturally tend to go toward engineering, and when I went to college, the ratio was really skewed. It’s scary to study engineering as a female, but once I got into it and began to understand its beauty, there was no stopping me.”

Even so, there were structural roadblocks to Sindhu’s success as an engineer. “When I was studying at university, boys could stay all night in the labs, but the girls had to leave by 8:30 p.m., sharp,” she says. “I learned that to really shine among all those boys, you have to constantly fight for what you want.”

Chanda had a similar experience. “As a child, I was always drawn to solving puzzles and understanding how things work. I was keen to learn more about math and science, but I wasn’t always encouraged. When I graduated in 2003, there was little focus on women in engineering, and there was a lack of mentoring. I had to seek it out.”

As a woman in engineering, you may not have chosen the easiest path—but you don’t have to go through it alone, and you can always ask for support. Connecting with the right leaders can open doors to learning and opportunities, including the chance to mentor the women who follow your footsteps.

“It’s always been hard for me to approach somebody and ask for an opportunity,” says Vishakha. “It helps when my managers are open to feedback, and when they’re interested in what I have to say. I can feel comfortable talking about my interests without the fear of being judged.”

Sindhu agrees that supportive managers make all the difference. “I was lucky that when I came to Atlassian, I had a manager who saw my potential,” she says. “I was hesitant at first, because of previous experiences at other companies. But my manager said, ‘Stop staying in your cocoon. Just go ahead and do it, because I know you can.’ That’s when I got my confidence back.”

“There are definitely more women here than any other place I’ve worked,” says Sindhu.

There’s a fine line between being humble and underselling your talent and achievements. Owning your skills and potential doesn’t mean you’re done learning—it means you know where you are, and where you’d like to go.

“We underestimate ourselves all the time and we don't give ourselves credit. Even today, if somebody praises me, I feel very awkward, and I will say, ‘Oh, it is because of this person, or because of that person,’ even if I worked hard on that project. I’m still trying to change this habit,” says Vishakha.

Sindhu adds that part of valuing yourself means not agreeing to every request that comes your way. “As a woman, we are generally just givers,” says Sindhu. “Opportunities used to come up and I’d say, ‘I'll take it, I'll take it.’ But then I had absolutely no work-life balance. After learning to say ‘no,’ my life has become so much better. I can thank one of my mentors at Atlassian for teaching me that skill. She told me, ‘Why are you scared? Just say no. Say it in your style, but you have to say no.’ That was probably the best advice I’ve gotten so far.”

4. Be a lifelong learner.

Even as you grow into a leadership role, keep following the curiosity that got you here. Continue asking questions and be open to new perspectives. The more you learn, the more you can pass along.

“I believe in learning on the job,” says Chanda. “I am a person who wants to get my hands dirty and explore and innovate and, then learn from there.” Atlassian, Chanda adds, emphasises growth at every level. “As a manager, it’s my core responsibility to make sure I grow, and that my team grows along with me.”

Vishakha credits her managers along the way for encouraging her to test out new roles and learn new skills. “I had a lot of lateral interests,” she explains. “Different technologies, different roles. I've gone from engineering, to product management, to sales support, to marketing. I was given small projects and chances to contribute and test my skills. Trying out new areas gave me a lot of motivation to keep on learning and exploring,” Vishakha explains.

Sindhu transitioned to a manager role at Atlassian, and says that what she learned during Atlassian’s three-month Apprentice Manager Programme gave her the confidence to lead. “It’s like a mini-MBA. You’re learning from the experiences of people in your industry; you have your own coach. And every week during the programme, our senior leaders checked in to see how we were doing. It was so refreshing.”

5. Be true to yourself, and speak up.

Tech culture sometimes asks the impossible of women: They are told to be assertive and demanding, yet gentle and demure. But what matters most isn’t what other people expect—it’s what you expect of yourself. By holding true to your talents and personality, and by speaking up—yes, sometimes loudly—you can build your own path to success.

Learning how to speak up has been a long journey for Vishakha. “I'm fundamentally a quiet person,” she says. “I don’t like to talk too much, and I avoid conflicts and arguments. Early on, somebody told me that I lacked confidence. So, I started to prepare thoroughly for every meeting. I learned that when I did my homework, I was able to explain what I was thinking and voice my opinion.”

“You get a lot of feedback along the way,” says Vishakha. “What I’ve learned is that it’s not right to change your personality traits. There are skills that you acquire, and there are personality traits that you nurture. It’s important to hold on to who you are at your core.”

She notes that authenticity is invaluable for a leader, which she realised when she had the chance to speak with former Army Chief General Bikram Singh while getting her MBA. “I asked him how he motivated people to go fight for the nation. And it wasn’t what he said that was important. It was the way he spoke that gave you the feeling of wanting to do anything that he said. It was his authenticity that made you trust him.”

Chanda points out that part of being a good manager is helping employees to find their own authenticity. “It's not about giving solutions or making decisions on their behalf,” she says. “It’s about guiding them to their own answers.”

No matter where you are in your career, you’re no doubt looking to learn and grow, to feel challenged and supported, to stand out and yet know that you belong. Chanda, Sindhu, and Vishakha have all found these opportunities at Atlassian.

“It’s important to be in an environment that helps you shine,” Chanda says. “The managers at Atlassian care about who you are, and they help to identify your innate abilities. This allows you to really focus on your strengths. As a manager myself, it's my core responsibility to make sure I grow and that my team grows along with me.”

Atlassian is especially supportive of women, says Sindhu. “There’s a culture of female leadership here,” she says. “So, you don’t have to work twice as hard as you do at companies where the managers are all men. You don’t have to do extra work to show that you’re worth it.”

Vishakha appreciates that Atlassian doesn’t just say they want you to succeed—they act on it, with a clear structure and tangible goals. “They provide a step-by-step approach, and you don’t get overwhelmed by what you have to do,” she says. And she’s committed to helping provide similar paths to success for other women. “When I started my career back in the late ’90s, there were no women role models. That’s why I’ve worked to become one for the women who’re starting out now. Whatever I learn, I try to pay it forward.”