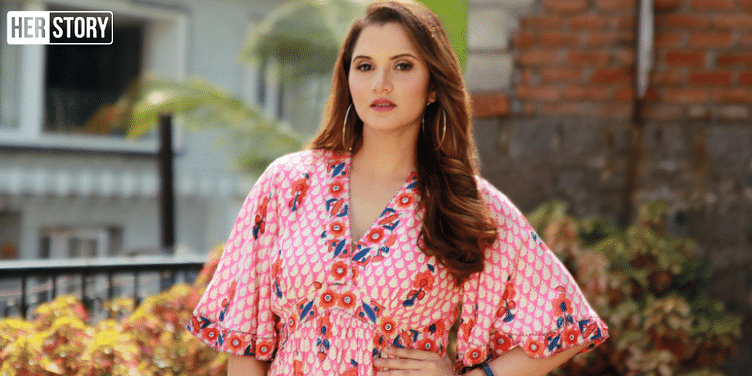 In a conversation with HerStory, tennis icon Sania Mirza talks about the role of pop culture in gender equality, why she takes social media with a pinch of salt, and what COVID-19 taught her.

India’s star tennis player Sania Mirza is known to speak her mind on a number of issues – gender equality being an important one.

Whether it’s holding her own against misogyny or patriarchal questions, she has always been one with women the world over, proving detractors wrong by the way she leads her life – as a woman, tennis player, and now a doting mother.

It’s no wonder then, that Sania chose to speak on the “Role of Pop Culture in Shaping Gender Equality Context” at the virtual #WeSeeEqual Summit hosted by Procter & Gamble last week.

On the lines of the summit, Sania spoke to HerStory and highlighted how advertising and social media play a huge role in shaping and breaking stereotypes surrounding what a woman can or cannot do.

Excited to be able to share my story with my fans: Sania Mirza on biopic

The six-time Grand Slam champion and former World No. 1 in tennis doubles believes pop culture is a huge influencer in changing mindsets, especially among the younger generation.

“Contrary to what people think, it’s not a waste of time because whether you like it or not, you cannot avoid it. What is portrayed on visual media like advertisements is important for society and the younger generation.

"For example, #SharetheLoad by P&G makes you understand washing clothes is not a woman’s task alone. That’s gender equality playing up and influencing the younger generation,” she says.

As a popular tennis player, Sania is quite active on social media and uses it to reach out to her fans. However, and surprisingly, she believes it should be taken with a pinch of salt.

“While I am quite active on social media, I believe it’s a part of my job, a personal way to connect with my fans and well-wishers. One needs to understand it’s not the real world, especially when there are people abusing you. They are obviously not normal, leading miserable lives and hating a person they have never met.”

Sania says most of the time she laughs it off, and her replies to comments are very rare.

On the flip side, she also believes that social media can be used for the greater social good.

“Social media is important if you have a large number of followers. If you are able to influence even one person, it’s important. For example, I used social media to showcase my weight loss journey after my son was born,” she says.

She reveals that there were a lot of questions from women who believed she could not play tennis again because she had a child and had put on weight. “It was my way of showing that you can have a child and not kill your dreams,” she adds.

Being a social figure is another added responsibility, Sania says.

“When you become a public figure, you are watched and scrutinised over every little thing you do. This gives you a sense of responsibility since young people are watching and looking up to you and you want to set the best example there can be.”

As a tennis player on the circuit for almost 18 years now, she believes that women continue to battle biases and stereotypes in the sport.

“Though I do believe things are getting better, what we have to address and accept is that we are living in a man’s world more than in an equal world. Stereotypes and biases exist in every profession and not just in sport. You need to speak up for yourself and command the respect you deserve. I have been taught that as long as I am doing the right thing, I need to speak up,” she says.

The pandemic has been tough on Sania. She contracted COVID-19 in November and had to be apart from her husband, Shoaib Malik, for almost six months.

“It’s been tough mentally as well as emotionally. The fact of the matter is that you had to see the bigger picture and come out thinking that there were people who were in a worse position than me. I think that it has made me a better person,” she says.

In an open letter in November 2019, which she called an ‘ode to all mothers’, Sania wrote, "Pregnancy and having a baby made me a better person.” Motherhood, she says, has been a blast and it’s a lot of fun seeing her two-year-old grow up and learn new things every day.

As the world slowly limps back to normal, Sania is on full practice mode and ready for tournaments in Doha and Dubai next month. She hopes for a world “without masks someday, and people enjoying sport like before”.

As a parting shot, she has a pertinent message to young girls who want to follow a conventional/unconventional career and excel in it.

“Believe in yourself. As young women believe in your path and trust yourself. Don’t bother whether it has been done before or not – as long as you put your mind to it, you are going to succeed, despite the challenges in your path,” Sania says.