‘Building up the women around you’: Key takeaways from women leaders 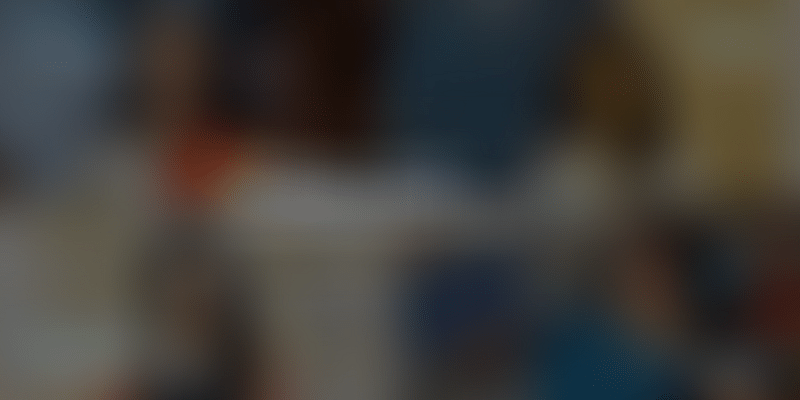 As a part of the ‘See Us. Hear Us’ campaign by WhatsApp, YourStory spoke to three inspiring women leaders on the need for women to support one another at this roundtable discussion.

According to a new research study by the Harvard Business Review, women who have an inner circle of close female contacts at the workplace are more likely to land executive positions with greater authority and higher pay. On the other hand, there was no corresponding link found between success of men and the gender composition of their inner circles.

The study is among the many which have spurred a conversation around the need for women to support other women - be it their peers, subordinates, or otherwise. Throwing light on this phenomenon, YourStory, along with WhatsApp, hosted an insightful panel discussion on ‘Building up the women around you’ as a part of a series of roundtables under WhatsApp’s ‘See Us. Hear Us’ campaign.

Kicking off the conversation with their shared experiences in handling the COVID-19 crisis in its early days, Deepthi of We Hub — the Telangana Government’s incubation hub for women entrepreneurs — said that since the first day of the lockdown, they began calling incubatees to provide them any support that they needed, getting passes for availing essential services made for them, finding ways for them to stay afloat, and more. Of the 180+ women entrepreneurs in its fold, only 5 or 6 wound up their business due to the pandemic.

“The pandemic gave women the flexibility they were asking for years!” said Neha of JobsForHer, an online platform for women to advance their careers, seek jobs, mentorship and more, adding that it also made people realise the importance of having double incomes in a house.

While the pandemic has had a disproportionate impact on women, according to Shweta of Sequoia capital, there is a silver lining. “As Vladimir Lenin put it, "There are decades where nothing happens; and there are weeks when decades happen", the pandemic saw a mindshift taking place as people saw a lot of potential in remote working and flexi timings. With this, we are seeing a lot more women getting the confidence to continue working or restart their careers,” she said.

Women championing each other

The notion that women don’t support each other is a myth, the panellists said, adding that this misconception is slowly changing. “Women are huge supporters of each other. And they have realised that it’s lonely to be the only woman in that meeting room, in that team, on that floor. They are lifting each other up the ladder. Women understand the challenges that, for example, working mothers face,” said Neha.

Speaking about the ‘guilt’ factor that dominates the minds of almost all working women, she said, “Women need a management degree - the kind that shows them how to manage four things - their guilt, time, fear and biases. Every woman feels guilty about something or other other. Learning how to shake off that guilt and balance all these different roles is essential.”

Concurring with Neha’s opinion, Deepthi added that work-life balance is an extremely gender-biased idea and the day people stop chasing this illusion of work-life balance, will things truly change. “I strongly believe in finding your own balance and enjoying life,” she said.

When it comes to workplace diversity or women getting what they deserve, there is still a long way to go, the panellists said, while also emphasising the importance of HR policies is shaping gender-neutral workplaces.

“We need to encourage more women to ask for what they deserve,” said Shweta, adding that it is the fear of being judged or of attracting labels that stop women from being assertive. “They are often labeled ‘aggressive’ for having a voice, whereas men with a similar trait are ‘ambitious’. Having said that, change is happening, and we need to recognise the progress. Women do have a seat at the table. The numbers are not too rosy, but we are getting there.”

In their journey to finding their voice and breaking the barriers of bias, how important a role has technology played? “Revolutionary,” the panellists said. Citing the example of Sequoia and Facebook-backed social commerce platform Meesho, Shwetha said it is a huge success story in women enablement, and in giving them a professional and financial identity. As the country’s most popular app, WhatsApp is unparalleled as a distribution channel for selling online or retaining customers, and Meesho tapped into this opportunity by giving women micropreneurs an easy way to engage with customers and sell their products. Today, women constitute nearly 70% of the micro entrepreneurs on Meesho.

“If we focus on giving this level of enablement to women, we can achieve true digital inclusion. Imagine the power of women and the power technology coming together and you will see a real revolution take place,” she said.

Deepthi and Neha agreed, adding that access to the internet and social media have made it easier for women to network and further their careers like never before. “Technology has completely changed the way microentrepreneurs see themselves. The Internet is the most powerful highway that’s ever been built - and we are building on that to boost the confidence of our women entrepreneurs,” said Deepthi.

Speaking on the one big change they wish to see in terms of women in the workplace, the panellists presented diverse perspectives. While for Neha it was to bring in more women in leadership roles, Deepthi emphasized on the need for developing mentorship into sponsorship models for entrepreneurs.

Shwetha, on the other hand, is driving change by helping Sequoia Spark, (Sequoia India’s programme for women entrepreneurs in India) enter into a partnership Niti Aayog’s Women Entrepreneurship Platform (WEP) to mentor a select cohort of aspiring women founders and equip them with domain knowledge and skills for setting up and scaling their businesses.