Can technology be leveraged to bridge gender gaps? What women leaders have to say 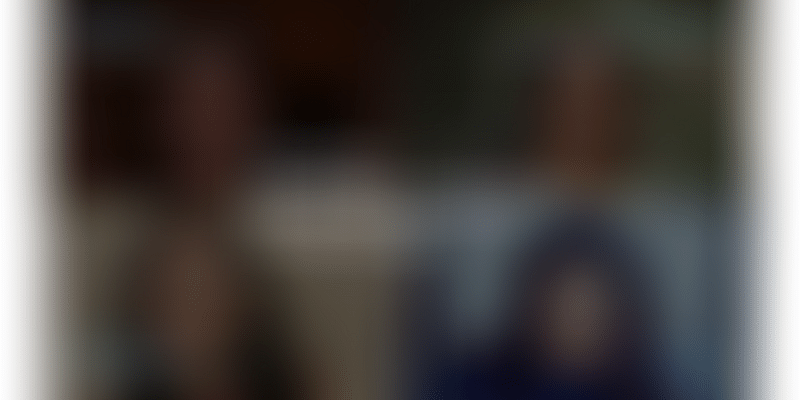 As a part of WhatsApp’s ‘See Us. Hear Us’ campaign, YourStory spoke to three inspiring women leaders on how technology could be leveraged to bridge the gender gap during an insightful roundtable discussion.

From being a force-multiplier and a tool for empowerment to functioning as a facilitator of information — there are many ways in which technology has made our lives easier. An expanding smartphone user base and more affordable data rates only aided its widespread adoption. Learning digital skills can facilitate transformations that allow for great efficiency and productivity.

But, can technology function as an agent of change to bridge gender gaps? Research says yes. By opening up new avenues for women empowerment, a digital transformation can pave the way for greater gender equality.

To know more about how technology could be used to close gender divides and make women more confident about their skills, YourStory, along with WhatsApp, hosted an engaging panel discussion on ‘Leveraging technology to bridge the gender gap’ as a part of a series of roundtables under WhatsApp’s ‘See Us. Hear Us’ campaign.

Here are a few takeaways from the roundtable discussion:

Technology as an enabler for growth and inclusion

The panellists agreed that technology has enabled women to express themselves better and connect with the world outside, while informing them about their rights, entitlements and the opportunities that are available to them.

Talking about her own experience of how tech enabled her to scale, Anuranjita said that WiT — an organisation that helps women upskill and find opportunities in STEM fields — pivoted to a completely digital platform and multiplied its reach to 50 cities in just two months after the COVID-19 outbreak in March 2020.

“If you have the right enabler (technology), the right kind of things happen to you. As we were working with a large number of science, technology, engineering and math (STEM) companies, technology enabled us to be agile and get training and curricula together for a lot of women across the country and make them more employable,” she added.

With an aim to leverage technology and scale, WiT is working with WhatsApp to develop an artificial intelligence bot ‘Tara’ for mentoring women. She elaborated on the ‘Scale Up, Step Up’ initiative wherein WhatsApp is helping WiT mentor small and big women entrepreneurs and connecting them with venture capitalists (VCs).

Leveraging digital tools to be financially literate and using banking services has been the starting point for many women to become financially independent, shared Rashmi. “They were able to get wider market access beyond their geographical boundaries.” Recounting an experience during a posting in Andaman & Nicobar Islands, she said that many local women in the Union Territory were able to find a market for the handicrafts and products they made using raw coconut due to connectivity and technology.

Meanwhile, Chetna from Mann Deshi Foundation said that more women want their finances under their own control and technology is making this possible. She told the panel an inspiring story of how a woman who used to sell brooms went on to launch a successful business by selling ‘vada pav’ over WhatsApp groups in a small Maharashtra village, after the lockdowns following the Covid-19 pandemic forced her to shut shop.

“She went on to buy her raw materials online, after the business took off. Earlier, she was involved in a caste-based profession. She was able to break age-old caste barriers and created a digital footprint without collateral. However, what I learnt from the experience is that technology providers have to ensure that they never provide poor solutions to poor people,” said Chetna, who launched the organisation to provide rural women access to financial education, skills and a support network for their empowerment.

The curious case of ‘missing women’ in tech industry

Shedding light on how women face different challenges based on their age groups and social strata, Anuranjita said that she has observed an inverse correlation between wealth and working women in the organised sector. “There is a dilemma in STEM fields. On one hand, we believe that technology is a great enabler and that it will empower women, but on the other, women are missing from the tech industry. Most of them are working coder-level jobs. Educationally, there are a lot of women studying in STEM-related fields, but most of them end up in peripheral and infrastructure roles. They hardly get out, partly because they don't want to and partly because organisations are okay with the status quo,” she explained.

She said this sobering fact was a call to action for educated women to get out and do something more with their education.

Need for change in gender roles

Rashmi highlighted that traditional gender norms still attribute caregiving roles like childcare or geriatric care to women, and several women felt the pressure of shouldering both household and professional responsibilities during the pandemic.

“They no longer had a 10 to 5 job and you were expected to respond any time, be it 9 or 10 in the night. There were many women who told me about the mental pressure they were going through. I think it’s high time that we acknowledge the effect of such pressures on the emotional health of women.”

She said the way forward would be to involve families and talk about how the pressure of juggling professional and personal lives is affecting women.

On the other hand, Chetna said that she sees technology changing the rules by enabling women to drive grassroot innovation in unimaginable ways. “During the lockdown, the lives of women involved in animal rearing came to a standstill as they weren't able to sell the livestock. At Mann Deshi, we saw para vets creating WhatsApp groups of women involved in rearing goats. As markets were closed, they hosted animal markets on these groups,” she added.

What should women be aware of while using technology

The three panellists agreed that while technology had a huge potential, women needed to tread carefully around it as it might be used for abuse as well. They advocated a responsible use of technology and advised that women should choose only reliable technologies and digital platforms.