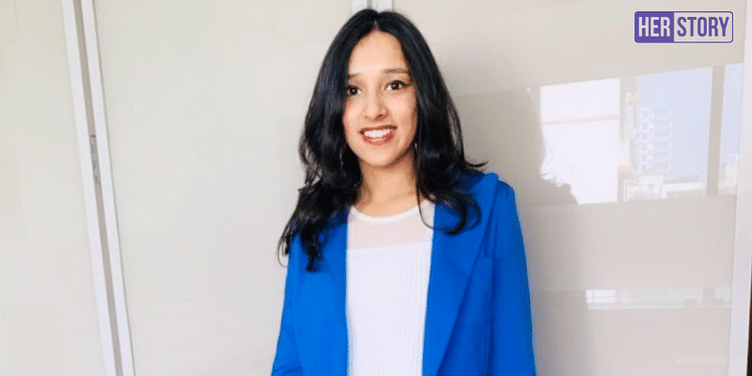 Based in Mumbai, chartered accountants Priyanshi Chokshi and Anirudh Agarwal founded the education consultancy startup Beyond the Degree to help students keep their unconventional interest alive.

Priyanshi Chokshi is a third-generation chartered accountant and a practising lawyer, having a Master’s in Business Law. Along with pursuing her higher studies, she has also dabbled in part-time jobs as a radio jockey at Radio Mirchi and as a celebrity talk show host interviewing B-Town artists and footballers like Baichung Bhutia.

Priyanshi says pursuing interests outside her profession keeps her energised, but it did not sit well with her parents who are chartered accountants and aware of the tough competition in the field.

"There was no one eureka moment but everybody from my family members to seniors constantly told me that pursuing my interest would harm my prospects of becoming a CA and reach nowhere but these interests led me to more opportunities," says Priyanshi, who is also a national-level gold-medalist swimmer.

In 2016, she won a scholarship and became one of the two students in India to attend the Global Leadership Conference hosted by the White House and Stanford University. It was held ten days before her CA exams, but she made sure to ace both.

“These were opportunities of a lifetime and if I wanted to do both, I had to make compromises but not by missing either of them,” she adds.

Noting that many younger students fear stepping out of their professional degrees in fear of securing a “stable future”, she decided to start Beyond the Degree, an education consultancy platform to inspire the youth to explore all their passions and interests smartly.

With Marching Sheep, this HR professional is looking to bridge the gender parity gap

The Mumbai-based consultancy platform currently has an online presence on social media platforms to connect with students seeking their support.

The platform has teamed up with a fellow CA and offers corporate training, workshops, and masterclasses conducted by industry leaders and professionals, as well as offers a mentorship programme.

Priyanshi says they have carefully whetted 12 industry leaders who are also acing passion projects in art, fashion, and other areas.

Started in October 2020 with Anirudh Agarwal, who is also an all India rank holder CA, the platform has collaborated with over 50 universities and offered guidance and training to around 3,000 students for free amidst the pandemic.

Priyanshi says she is doing so because she is well aware of the struggles in job hunting, especially in the current environment, and has been on the lookout for a job herself towards the end of 2019.

While the entrepreneur hopes to monetise the platform soon, she says pro bono services will continue for need-based students and professionals.

The co-founders started with an initial investment of about Rs 10,000 each and work with a small team of one full-time designer and six interns. Bootstrapped so far, Priyanshi also juggles two full-time jobs as a CA and lawyer.

She says, “It has been strenuous and does involve sacrificing your personal time, but we schedule most of Beyond the Degree's sessions on weekends. If students need urgent help on a weekday, we try to take them post 9 pm.”

"I want to give people the guidance and mentorship that I never got as a young professional, and the goal is to reach out to as many students as we can to pursue unconventional paths of interest, along with college and professional degrees," she adds.

Although at a nascent stage right now, the platform is part of the fast-growing online skill training and education industry that is valued at $700-800 million, and is expected to reach $30 billion in the next ten years, according to a report by RBSA Advisors.