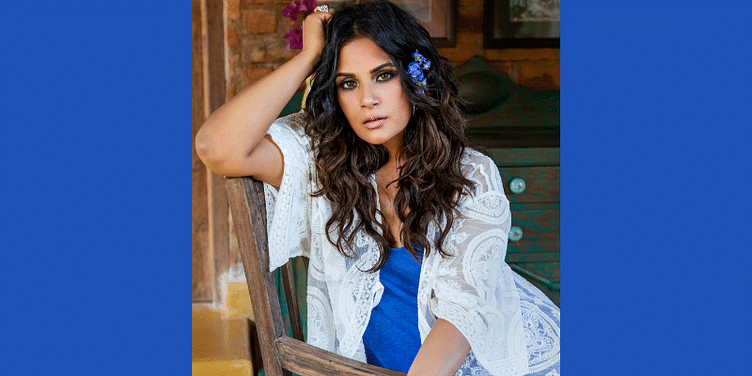 The KiNDRY, an initiative by actor Richa Chadha and her friend Krishna Jagota, celebrates everyday heroes - ordinary people doing extraordinary things for the community at large.

The COVID-19 pandemic has not been easy on any of us. Losing loved ones to the virus, seeing pleas of help on social media, and the state of healthcare during the second wave has caused unfathomable distress among the population.

In the midst of all the gloom and doom, there have been stories of hope and faith - and the belief that humanity always triumphs during any crisis.

And it’s these stories of random acts of kindness and compassion that actor Richa Chadha, along with her friend Krishna Jagota, seeks to focus on in her online initiative, THE KINDRY, on Instagram.

What started as a platform to celebrate COVID heroes now has expanded to celebrate million everyday men and women doing something for the community at large.

“I believe this is the least we can do. Though it’s not a very novel idea and I cannot stake claim to it, I believe good stories are not amplified enough,” Richa tells HerStory.

A mix of inspiring, positive stories

Richa recalls a story where a thief stole some medicines and returned them when he found they were for COVID patients.

“The idea basically came from watching the news and this story made me chuckle that compassion came from the least expected quarters; you don’t expect a thief to have integrity like that,” she adds.

The aim of The KiNDRY is to curate a mix of good stories from the news that would bring hope in distressing times, Richa emphasises.

“Off late, on social media, there is this conversation on which states are performing better; people are doing comparisons based on their political ideology or allegiance. I live in Mumbai and my family is in Delhi, but I also have family in Lucknow and Gujarat. This is one country, but this competitiveness in the face of calamity is weird,” she says.

Apart from COVID heroes, The KiNDRY also celebrated Pride Month, trans activists, doctors, and even had a small event for World Music Day.

Richa creates a bank of stories that she uses to populate the page. She has not asked fellow actors to amplify or contribute to the page yet, but her partner, actor Ali Fazal, has been a strong pillar of support.

“I have not gotten around to asking celebrities to help. I don’t know why. But it’s also a tough time for everyone. If people organically see the posts, I am happy,” she says.

The second wave saw a number of celebrities in the forefront, helping by amplifying requests.

Richa believes it’s only common sense - not just as a popular person, but as any person to respond to requests from ordinary citizens.

“Sometimes you have to work more as a citizen than as a celebrity. However, I don’t want to shame people who don’t do it, because not everyone has the mental bandwidth,” Richa says.

According to Richa, Instagram seemed to the correct fit for an initiative like this because it can host longer videos and more photos. She also finds that it can create more binaries as a platform.

“The idea is to bring people together without any narrative of toxic positivity – it’s not all pink balloons and unicorns. We do post regular updates on Twitter, linking them to our stories on Instagram,” she says.

She is not looking at Twitter because she feels the platform tends to make people “provocative and provocable”.

What kind of impact is The KiNDRY looking at?

Richa says they are not looking at impact because it’s not an NGO or a news portal. The focus is to build a community of artists and storytellers – ordinary people doing extraordinary things in society.

She cites the example of the doctor in Hyderabad who treats patients for just Rs 10 and not for free so as to not offend their dignity. “If he walks into a restaurant and someone says the bill is on the house, that much impact is good for me,” she says.

Started at the end of May, The KiNDRY has been growing organically. Richa is looking at fundraising but would like to amplify fundraising causes.

“There are already organisations doing so much good work. We can amplify their voices using the power of celebrities. In a sense, it’s coming from a place of service, to offer healing and to facilitate others in the work they are doing,” she adds.

Rich and Krishna want to continue with more stories, live sessions, and - above all - build communities of like-minded people in every city.

“Recently, we had a storytelling session where children of all backgrounds, those with special needs, and young adults participated. We also had a session for Music Day. So, if somebody wants to partner with us, we can help their causes in the best ways we can,” Richa says.