After building a lingerie brand, this entrepreneur decided to start a home-cooked meals startup for pets 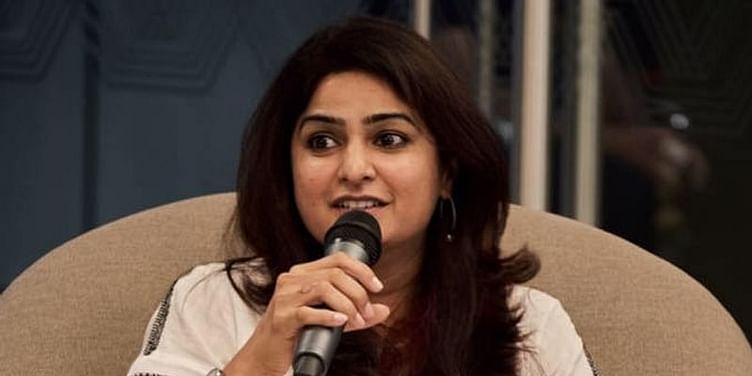 Pawfectly Made is a Bengaluru-based pet food services startup that cooks and delivers homemade and healthy pet-friendly meals.

When the COVID-19 pandemic lockdown was announced in March 2020, Arpita Ganesh was left wondering how she would arrange meals for her dogs. A nine-year-old and a three-year-old, both the dogs had different dietary requirements. Also, Arpita knew that the existing packaged brands in the market weren’t good for the dogs. So, she decided to cook.

“I started doing a lot of trials. I started seeing and reading up on the different things that I could do with the foods. When I saw a shift in their activity and energy levels. I realised I was onto something,” says Arpita. It led her to start Pawfectly Made, a home-cooked meal service startup for pets in Bengaluru in 2020.

After getting the idea, Arpita spoke to one of her friends who runs a company in the meat space, who, in turn, asked her about the processes, and realised it was a little expensive.

“He told me we waste a lot of good meat and if we give you the meat at a low price, it is a win-win situation. But I knew I still needed a capital of Rs 15 lakh a day to run the business operations. So, he put in some money, a few friends pooled in their resources, and I started Pawfectly,” says Arpita.

After her first startup Buttercups, an online lingerie brand that was acquired by Amazon in 2019, Arpita was looking at what to do next. She had initially planned to start a socks brand, but it didn’t pan out the way she had hoped as the manufacturers had become risk-averse and they didn’t want to take the plunge.

“It was going to cost Rs 10 crore across three years, and they didn’t want to put in the money,” says Arpita in a conversation with HerStory. Her next idea was to look at the women’s wellness and health space.

“My colleagues and I were having lunch one day and we realised that coming from age groups, the three of us had a very different idea of sexual wellness, and we didn’t know many products. Our perspectives were also different, and I wanted to build something out of it in December 2019,” says Arpita.

While incubated at NASSCOM, the team was looking to go to Y-Combinator, but then in March 2020, COVID-19 struck. “The idea we were working on needed investments, and we didn’t have the money to stretch it,” says Arpita. It was then that Pawfectly happened.

How is Pawfectly different?

By June 2020, the kitchen was set with a team of close to 15 people. Arpita reached out to Windmills in Whitefield and used their kitchen space. The sampling was done in July 2020, and by August 2020 they had close to 60 pets eating the food daily. Now, they serve around 300 pets, with close to 100 buying on a weekly or bi-weekly basis.

According to a MarketsandMarkets report, the global pet food market size was at $38.6 billion in 2020, and is projected to reach $53.2 billion by 2025, recording a CAGR of 6.6 percent during the forecast period.

While the market also has companies like Kibble, they had earned a bad reputation because of them using a large amount of “fillers” such as wheat, maize, and sugars, as well as using low quality meat products — leading to bacterial or fungal outbreaks.

The other startups operating in this space are Georgina’s Kitchen, Carni Kitchen, and Canine Craving, to name a few.

Pawfectly pre-portions the meals looking at the pet profile created by the customer – such as breed, weight, allergies, activity level etc – as well as the specified requirements. The platform offers 11 recipes with chicken, lamb, and fish as the protein. The recipes are created by Arpita, and she also works with pet nutritionists and a vet.

The kitchen starts preparing the food at 4 am and finishes it by 9 am.

The meals are delivered in seven packets a day after they are booked, and are delivered once a week. The average basket size costs Rs 3,500 to Rs 4,000.

“Pawfectly has been delivering to us for more than six months now and they are able to give us fresh food weekly, which was impossible to get every day. With Pawfectly, our dogs get the best food that is customised to their needs,” says one of Pawfectly’s customers.

Pawfectly is growing at 25 percent MOM and will be completing a year in July 2021. The team is now expecting to double down its efforts in expanding the company.