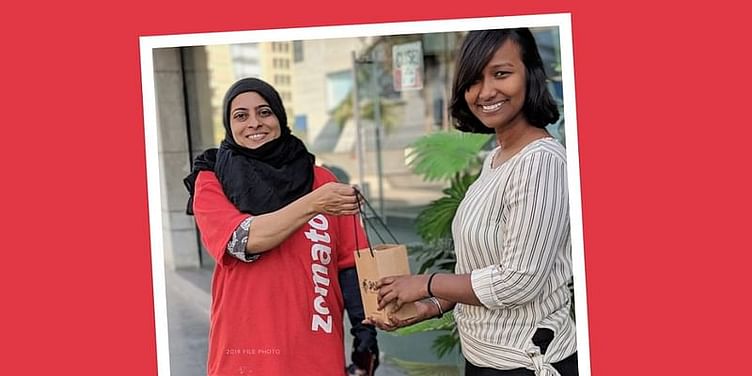 Zomato co-founder Deepinder Goyal, in a blog post, recently emphasised the importance of having diversity. As it makes its way to the capital markets, we compare how its diversity efforts stack up against other publicly traded companies.

Zomato may be the new kid on the capital markets block when it finally makes what will, most certainly, be a spectacular stock market debut.

However, as far as making efforts to become an inclusive company and consciously employing more women at the C-level goes, it has 150-plus-year-old companies beat.

The foodtech unicorn’s co-founder Deepinder Goyal has said that having gender diversity and more women leaders in the company is not its North Star — it is, in fact, its baseline. And the startup seems it has embodied that tenet not just at the top but also down to its on-ground delivery partners.

Just this month, the startup promoted its Chief People Officer and former Chief Financial Officer Akriti Chopra to the co-founder position, in cognisance of the fact that she had joined the startup in its early years and stuck by it through thick and thin.

Contrast those numbers with the state of Indian listed companies today, and the huge disparity becomes apparent.

Of the total 11,416 people who held director positions at companies listed on the National Stock Exchange, a meagre 2044 or 18 percent were women, data from the NSE Infobase, as of April 21, showed.

In fact, if you were to go back three years, over 75 NSE-listed companies had zero women directors on their board, and only 2.2 percent of the Nifty-500 companies had over three women in their boardrooms in 2019, according to various independent studies.

All this is despite the Companies Act of 2013 and SEBI's 2018 mandate that push for more women in key positions in companies.

However, things do seem to be on the up and up. In 2020, women held nearly 17 percent of board positions in corporate India, up 8.6 percent since 2012, according to the Egon Zehnder Global Diversity Report 2020.

About 15 percent more women now hold board seats in Nifty-500 companies — the highest level in the past six years — even though most of the companies employ just one woman versus the three set out by SEBI and the Companies Act of 2013.

All this goes to show that although Zomato may have lessons to learn from its predecessors in the capital markets, listed legacy Indian firms could do with a leaf or two out of the Gurugram-based startup’s book too.