How are we gearing up for this Call of Duty? 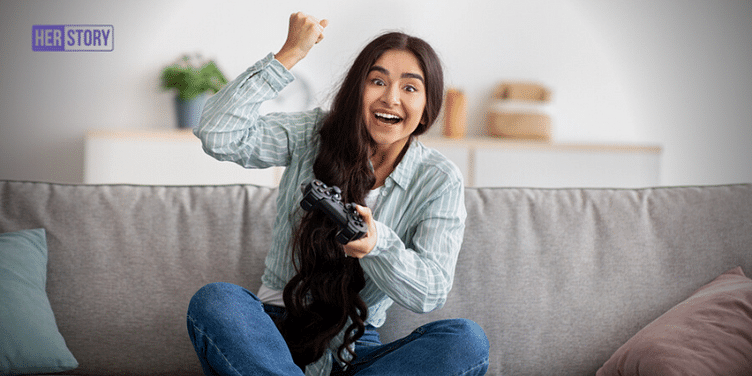 The gaming industry has much to unlearn as we get set to attract women , says Ankita Ashara, Brand Manager, PlayerzPot Media.

A year since I joined the gaming industry formally, every discussion, team meeting, call with a colleague has had one point in common – women in gaming! The HP India Gaming Landscape Report 2021, released in June, has brought this into sharp focus.

Nearly 84 percent of women respondents out of a sample size of 1,500 said they were keen to make a career in gaming, while 43 percent women responded they wouldn’t mind investing in gaming PC worth Rs 1 lakh. A demographic that has taken to the medium in a big way, and a workforce that aspires to contribute to its growth – the gaming industry is gearing up to welcome women into its echelons.

Not the last of us

With time on hand for the past 17 months, the industry has attracted a huge volume of new users; a substantial number of this new audience is women.

With Indians spending more time indoors during the lockdown than any other nationals, India led the globe as the largest market in gaming app downloads in the first quarter of 2021 which clocked an outstanding 28 percent growth year on year.

Considered a male bastion for long, women have now discovered the exciting and analytical world of virtual gaming too. Of the increase in women gamers in the country, 49 percent have logged on in March 2020. The powerful console in their hands i.e. their smartphones, has given them the power to explore with time in hand. And this number continues to grow.

Not just are women seeking to enjoy the worlds created by industry professionals but are wanting to have their own say in the creation of worlds itself by carving out a career in the gaming industry.

How gaming platforms have become the new social media

Stage set for the Squadrons

If one thought that gaming was an area of interest for Gen Z only, you’ve got another thought coming! InMobi’s 2021 Women Mobile Gaming Report has thrown up some interesting data and feedback from the protagonists themselves.

Nearly 49 percent of the women gamers are in the 34+yrs age category; and 43 percent play on their smartphones. Coming from a cross-section of demographics such as marital status, career, income bracket and so on, women are defying all norms to log on to the gaming bandwagon.

Research also shows that women gamers log on and stay on for longer time, and average time spent by them on gaming apps is 53 mins/day.

It is no secret that women have had it more difficult this pandemic. In light of this knowledge, the following data point becomes even more interesting. Women indulge in gaming as a source of relaxation, entertainment and a distraction. Another misnomer dispelled is that women do not prefer action or gore. The survey has shown that both kinds of games – casual and action – have found traction with women gamers. Sports and strategy-led games also saw a spike in downloads by women.

With more games being developed in India, the characters and storylines are far more relatable. In fact, gaming is witnessing a huge uptick across among women from far-flung regions too.

Thus, it is truly no longer a metro phenomenon. With western India toping the charts with 26 percent of women gamers, East, North & South contribute around 21 percent, 20 percent & 16 percent respectively.

Bringing the Zeldas to life

In our experience, we have broadly seen three types of gamers among women in the country – committed gamers, regular gamers and occasional gamers. Around 95 percent of the women, data tells us, are committed gamers.

This goes on to establish that women are serious about this new space they have discovered they enjoy, and are actively considering gaming as not just as an activity to pass time, but to passionately be involved with. A trend that may well be the harbinger of interesting trends in times to come.

And hence, this has also driven the gaming industry to reinvent themselves. The characters, their portrayal, their role in the larger strategy of the game – have all undergone a sea change in the past couple of years.

Not just that, women have shown higher interest levels in the in-app ads which regulate more ad recall value for a gaming company; gaming industry has, thus, seen an unmissable advertising opportunity by targeting the women gamers.

With the gaming industry being one of the most capital-intensive and innovative sectors in technology today, it is also climbing up the hierarchy in the economy today. Having already roped in the Gen Z & Millennials as Champions, women are the latest to join the club.

Viewing content may be gradually losing its sheen for them. Our AI tools tell us that women today would rather listen to music, browse internet and engage on other social platforms. They prefer to be actively involved in their choices of entertainment too.

And this makes gaming a strong contender to the television and movie industry, as we stand today. However, the two industries can be strong allies too; with gaming and its imaginative worlds, the sky, literally, is the limit in engaging the audience.

For an audience that is seeking their grey cells to be tickled, pushed into new areas and constantly challenged, the gaming industry holds much potential. The question to ask now – how will the industry will be able to rise to the challenge, and harness its true potential!