From door-to-door tuitions to building an edtech startup, how this MP village girl carved her success story 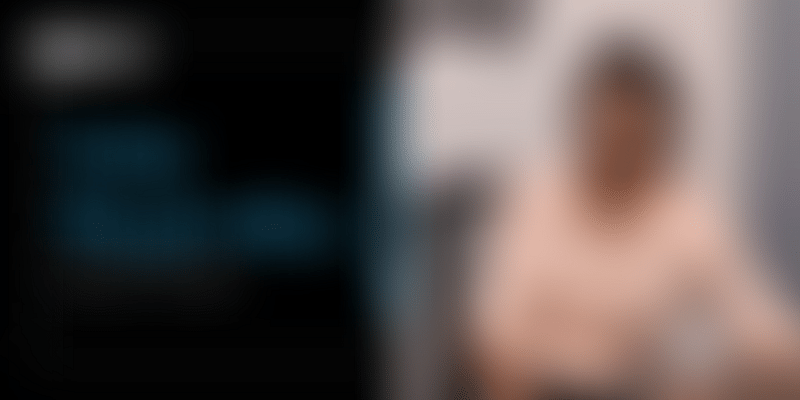 Fighting all the odds, Neha Mujawdiya became the first girl from her village to complete education and founded Indore-based edtech startup TutorCabin.

Hailing from Melkheda village of Mandsaur district in Madhya Pradesh, Neha Mujawdiya became the first girl from her village to complete her education. Her ambition, however, was not restricted to pursuing higher education.

The “small-village girl” wanted to break free from societal fear and start a business of her own someday. However, for women living in rural areas, pursuing entrepreneurship is like a fantasy only to be dreamt about and never realised.

Despite all the odds, Neha not only pursued higher education, but also went on to build a successful edtech startup — TutorCabin, an inspiration to many today.

Started in 2018, the startup provides personalised and group classes for students across all ages, starting for primary, secondary, and college level to competitive and entrance exams preparation.

It has nearly 1,000 teachers on the platform today, and has expanded its online reach to Delhi, Agra, Mumbai, etc.

Neha was determined to break the “typical cycle” of school, local college, and marriage that follows in almost every household of the village.

Owing to lack of resources and illiteracy, students, especially girls, were rarely allowed to pursue graduation, let alone higher education. After completing BA (economics) from Vikram University in Ujjain, Neha wanted to move to Indore to pursue an MBA degree, and break the cycle.

“I was out rightly rejected by my parents to move to Indore. Education is not a priority in my village, especially for girls. Things are changing, but I struggled a lot during my time,” says Neha, who did not give up and somehow convinced her parents for higher education in Indore.

Her parents had to face a lot of criticism from the society for “sending a girl to the city alone and not being bothered about her marriage”.

In 2009, Neha moved to Indore and enrolled herself for a ACA course at a private institution after clearing the exam.

“I roamed around for days for admission. I was not eligible in a lot of institutions owing to my prior degree. The options were limited. After my ACA, I cracked the MBA entrance and joined Christian Eminent College, Indore, for further studies,"she says.

While pursuing her master’s, Neha didn’t want to miss out on any opportunity of being in the city. She wanted to grab as much knowledge as possible and gain experience. However, it all boiled down to finances. In order to break away from her dependency and ease the burden on her parents, Neha started taking home tuitions for primary level students.

“I took up as many classes as possible and saved a decent amount to cover my expenses and save. I used to leave the house early in the morning, attend MBA classes, take home-to-home tuition, manage house work and study as well. I worked for more than 17 hours a day sometimes,” she says.

However, what started as a temporary stint to cover finances, soon became a business proposition for Neha, who saw how parents were being charged exorbitant amounts for sub-standard quality tuitions.

At this moment, Neha had set her mind on a business idea but continued to take regular tuitions for four years before taking the entrepreneurial plunge. She wanted to build her confidence, resources and knowledge base before venturing out.

However, Neha was being pressured by her parents to come back to the village, as her master’s were inching towards completion.

“I requested my parents to give me another year to stay in Indore. I wanted to create my own identity and not end up in the village where I had no growth. I was scared but never lost hope and somehow managed to convince my family,” says Neha.

With a limited budget, Neha set up an office in 2018 at a co-work space, built a simple website, and started hiring, interviewing, and training tutors to create a single platform for tuitions -- TutorCabin.

The founder started out with 10-15 tutors, who later went on to become a part of her core team. She already had a demand in place due to her personal reputation and hard work.

“Initially, we had around 150 tutors and 10-15 students from Indore and areas nearby. We provided classes from Nursery level to college. I was amazed by the demand for home tuition from TutorCabin,” says Neha.

The pandemic propelled the founder to move operations online. Despite having limited resources and knowledge about the digital know-how, she learned from people around and shifted the base.

“There was a lot of struggle. I had learned everything myself. Starting out with mere 10 tutors in 2018, we progressed to 800 teachers in 2019 to 1,000 today, besides expanding the online reach to Delhi, Agra, Mumbai, etc., and offline presence in Indore and Bhopal,” says the founder.

Meet the three women who launched an instant, healthy foods brand and grew business amid COVID-19

The platform has both full and part-time teachers, who are extensively trained before being onboarded. Each student is assigned a tutor after thorough examination and use of analytics, while the payment modules are designed as per the courses. The platform uses technology to evaluate students' performance and subsequently work on their shortcomings. Features like live classes, recording sessions, 24x7 Q&A chats, career counselling and a separate login for parents, are provided.

As an add-on service, the platform provides free spoken English classes and free education to students who lost their parents due to the pandemic.

Neha hustles every day to make the platform as efficient as possible and tries to give personal attention to each student.

“Coming from a small village, I understand the pain points of parents and students. Education is the most powerful weapon and can help break free from the cycle of poverty. I hope I can motivate and help students in all ways possible to achieve their goals,” says Neha.

The founder touches upon the chronic problem of society looking down upon Hindi-medium students. She says we need to shake off the linguistic shackle and focus on quality education.

“We live in a society where English language is still considered superior. I faced a lot of problem and hesitance due to my language fear and Hindi-medium background. But I never undermined my capabilities and I am a proud business woman today,” says Neha, who was joined by her father recently.

Coming from a small town with limited exposure did not stop Neha from building a successful edtech venture. The platform was recognised among the top 60 startups by Kuberan’s House and is in final talks with investors to raise funding.

Neha is a role model for many girls in her village and the areas around. Visiting her native village, she reminisces the hardships and taunts of people around for “letting a girl have the freedom of choice”.

“I want to encourage girls to break free from societal fear and equip oneself with education and skills to pursue their respective choices in life,” says Neha.