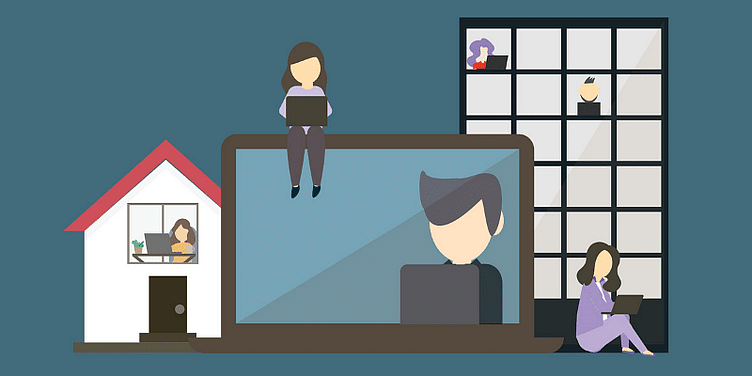 An increased distribution of household and family duties (56 percent) and saved commuting costs (66 percent) were cited as key benefits of hybrid working in the survey.

About 56 percent of female employees agreed that a hybrid working model benefitted their career progression, according to new research commissioned by IWG (International Workplace Group), a global operator of workspace providers.

As offices begin to open up, the research highlighted that keeping a hybrid model in place will benefit women employees.

Among those surveyed in the United Kingdom, 75 percent added that a hybrid model made them more productive and improved their work-life balance. Moreover, about 49 percent said that they would consider leaving their job if forced to work from the office five days a week.

Female employees also cited better mental health and greater distribution of household duties as the additional benefits of a hybrid working model. There was also an emphasis on the financial benefits as many of the respondents noted that the model saved both time (68 per cent) and money (66 per cent) from daily commutes into the office. In addition, 17 per cent of women added that they had been able to save more for house deposits thanks to their ability to work flexibly.

Future of work: How can you promote team bonding in a hybrid work culture

The research also indicated that there is a high demand for suburban and rural locations as people look for reducing the hassle of commuting to their offices. About 75 percent stated that they wanted an office space within 15 minutes of their home.

Companies in the UK were also understanding the benefits of the ‘hub and spoke’ model for office space, with workers splitting time between home, a local office and company headquarters.

Commenting about the work-life balance achieved through the hybrid model, Sarah Burton, Head of the Contracts Advisory Team for the Society of Authors, said,

“Without hybrid working, it’s likely I would have had to scale back my hours, and potentially the seniority of my role. Prior to the pandemic, I commuted into our central London office four days a week, now it’s usually just one. I have two young children and hybrid working means I don’t have to make choices between work and family. We’ve also found that we are better at using our time spent in the office, with meetings and other collaborative tasks becoming more effective. Under hybrid working, I am working more efficiently while also having more time, so it’s a win-win.”

Fatima Koning, Group Chief Commercial Officer at IWG, said, “Women tend to wear a lot of hats and they want to be the best version of themselves both at work and at home. That can be incredibly hard - but the hybrid shift is going to make a real difference. The pandemic has proved people can be just as productive when they’re splitting their time between home and the office and it’s highlighted the huge opportunity we have to improve working life."

"For women, the hybrid model represents a crucial opportunity to address existing inequalities at work and at home and has unprecedented potential to support women’s wellbeing, family lives and career aspirations. While, for employers, there is a vast opportunity to attract more female talent and add tremendous value to their businesses," Fatima added.

IWG operates a network of office spaces in approximately 300 locations across the UK. In 2021 alone, IWG added over two million new customers to its global network of flexible workspaces.