I might have normalised girls playing cricket on the streets: Mithali Raj on her legacy 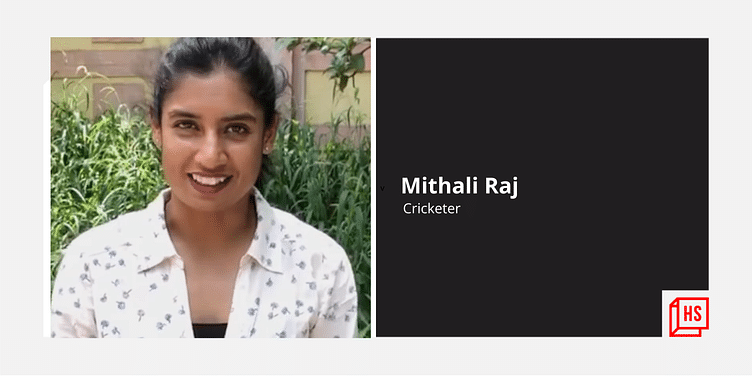 Cricketer Mithali Raj who retired last week spoke about the experiences of playing in pre and post BCCI era, team's "inconsistent run" in the last five years, and the 'Gen-Next' of India players.

The feeling of being called a "former India captain" is yet to sink in as Mithali Raj hasn't exactly gone through an entire gamut of emotions after calling time on her 23-year illustrious career last week.

Mithali knew her time had come after the 2022 World Cup in New Zealand, but since she doesn't like to take big decisions in a jiffy, the 39-year-old waited for couple of months before announcing her retirement.

In an exclusive interview to PTI, inarguably Indian women's cricket's biggest icon spoke on a range of issues covering her legacy, experiences of playing in pre and post BCCI era, team's "inconsistent run" in the last five years, "differences in the dressing room" during the 2022 World Cup, and the 'Gen-Next' of India players.

Q. It has been a week since you announced your retirement. Has it sunk in yet?

A. Honestly, the first time the thought of my retirement came into mind when Rahul Dravid retired (in 2012). I saw his press conference, he was quite emotional and I thought then how it will be when I retire. Will I feel that emotion?

And there were few other retirements that happened after that and I hoped that I wouldn't be that emotional. I was very clear in my mind that the World Cup was going to be my last. But I am not someone who takes decisions while I am going through a lot of emotions (which she did in the World Cup).

Then I went to the domestic T20 event and realised that I did not have the same passion and thought it was my time (to retire). I am a goal oriented person. World Cup was my goal. After that I did not not see myself for next four years so I thought this is the right time to retire. Sometime you feel the impact of things after a while. So it still hasn't sunk in.

Q: Millions of girls look up to you for what you did on the field. What according to you has been your biggest legacy?

A: I have been asked about my legacy a lot, but never came up with a good answer. I think I probably would have normalised girls playing cricket on the street and enrolling into academies. It was not very common when I started playing. They used to say 'we don't take girls in our academies, you take them elsewhere'.

Now there is no academy which can call itself an all exclusive boys academy which doesn't allow girls to play. That gives me a lot of satisfaction. The academy I went to, which I was told was a boys academy, the same place enrolls so many girls.

Q: From travelling in unreserved trains to travelling around the world in business class, you saw it all in the pre and post BCCI era in women's cricket. How do you look back at both the worlds?

A: Both had its own charm. I also had a lot fun in the pre BCCI era. It had a very different feel to it though resources were hardly there but there were other aspects of the sport we really enjoyed.

We were in obscurity, nobody knew about us, but I still had so much fun in that period. When the BCCI took women's cricket under its wings, professionalism came into the game. BCCI brought stability , security and growth into our game.

Q: It seems even in adversity, you found ways to have fun back then?

A: Well, we were all living in dormitories. If we were playing a tournament in a school and they used to be in the summers, sometimes we would occupy the class room and stay there.

You always found ways to enjoy sport even though the circumstances were not great. There was nothing like rich and poor kids, all of us were in the same bus. There was so much of sharing among each other because there were no cell-phones, no social media, we only had our teammates to bank on.

Now we are in five-star hotels and as soon the match is over, everyone goes back to their rooms or they are on the phone. If I have to strike a conversation, most of the girls, I find them using their phones. The minute the game gets over, they are all on the phone (laughs).

I am not saying it is a bad thing, it is just times have changed. It was more carefree back then.

Q: Is there scope for bringing more professionalism to the sport?

A: With every series being televised, with women's IPL coming up, it will get only better. The franchisees will have its own set up and that the players will benefit from playing in a professional league, rubbing shoulders with international stars.

Q: Would it be fair to say that the Indian team's graph has gone downwards after reaching the high in 2017?

A: Every good team, once it finishes the World Cup, they start to rebuild for the next edition, find players for specific roles, and give them exposure and all that. A year's loss due to the pandemic did not help. But still I would not give that as an excuse for our performance in the World Cup.

But you must realise when we induct certain new players in the team, sometimes the transition is smooth and sometimes it takes a while. It is not easy for teams to step out of long quarantines and give their best.

From South Africa series last year our spin department has been at times indifferent. That has really dented us. Because we rely heavily on them.

Q: There were reports coming out of New Zealand during the World Cup that all was not well in the dressing room?

A: When you play a team sport, there will be differences and disagreements. It is very natural. They all want to do good but everyone has a different opinion.

But as captain, even if things are difficult, I cannot lose my cool, my vision for the team has to be clear. In allowing my emotions to guide, I would not end up focussing on things I want the team to work on.

Even though people I think I am quiet, passive, I am not aggressive but composure has helped me to focus on things that our important and maintain a sense of calm in the team to help players focus on what is important.

Q: Looking ahead, who in your opinion are the players who will end up serving India for long?

A: Kiran Navgire is one to watch out for. She did well in the domestic T20s and Women's Challenge. In the Indian team, you have Yastika Bhatia, Richa Ghosh, and Shafali Verma. S Meghana has done well in the few chances she has got.

If you want your bench to be stronger, you need to give the young players a chance to grow.

Q: Would you be open to playing in Women's IPL next year?

A. It is still too early to decide. We will see.

Q: Any plans to get into cricket administration or start a business of your own?

A: I have certain things in my mind. There are certain offers, but like always, I will choose something that I find fulfilling and connected to the sport.