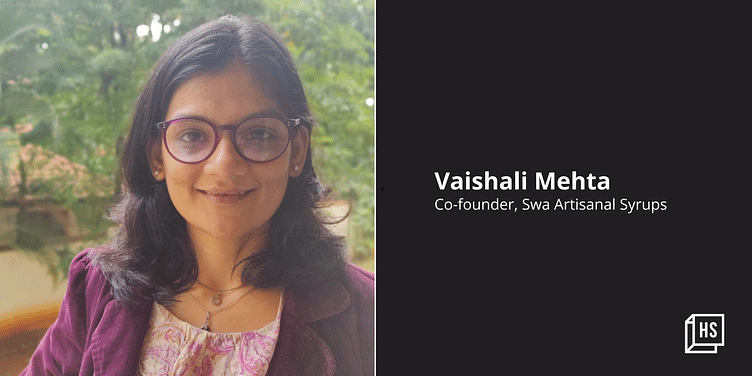 In 2016, Vaishali Mehta was looking forward to an exciting digital marketing job at a Bengaluru startup.

However three months into the job, she was in for a rude awakening.

“I became pregnant and as a first-time mum-to-be excitedly shared the news with my colleagues. It backfired, and soon, the management shifted my job responsibilities to include extensive travel,” she tells HerStory.

When she questioned her bosses about the deliberate change, she was terminated for “not pulling her weight”.

“Instead of handling this tactfully and fighting it systematically, I let my anger get the better of me and stormed out of the room,” she says.

Vaishali was seven months pregnant and after this incident, vowed to build a company “no woman or individual would be made to feel the way I had”.

As Gujaratis born and raised in Kolkata, Vaishali and her husband Sumir say food and flavours were part of their upbringing, on and off the dinner table.

A graduate in mass communication and videography from St Xavier’s College, Mumbai, and an MBA from Symbiosis Institute of Media and Communication, she wrote and directed many films during her time at both these institutes.

Sumir, who is also her co-founder is an engineer from NIT Surat, and has over 15 years’ experience in tech, operations, and businesses processes with Oracle. He worked with Swa on the side and joined full time in 2022.

During a short stint New York, the couple discovered the sheer variety of fresh ingredients used in beverages.

“After returning home, we were surprised to get artificial, imported and preservative-filled concentrates marketed as exotic, despite India’s wealth of natural produce and diverse flavour palettes,” she notes.

Swa, started as a cold-pressed juicery in 2017, quickly understood that “India loves to talk salads and eat samosas”.

The founders launched the company at the end of 2019 and within a few months, the pandemic hit.

In 2020 Swa’s D2C offering was launched with products sold via its own website and Amazon, Bigbasket, Cred, and other platforms.

Each syrup bottle is hand crafted by all-women team at its Bengaluru unit and is 100% natural.

Vaishali claims Swa is the only company in India that makes natural concentrates and mixers that cater to the HORECA Industry. It uses fruits, herbs and spices of India, with no added preservatives or artificial flavours, to create pre-mixed blends that can be easily diluted to make cocktails and mocktails.

It is available in a variety of unique Indian blends like jamun kala khatta, guava chilli, orange mint, hibiscus tea, lemon ginger nariyal paani, mango passionfruit, jackfruit casacara, cocoa mint etc. It has around 16 B2C flavours, and over 50 B2B flavours. These are easy to mix; just add water/soda and liquor (optional) and serve. One 250 ml bottle makes up to 12 drinks, costing under Rs 30 per serving.

It has served 200+ big and small F&B outlets since its launch in 2019. It has also fulfilled orders for about 10,000 B2C customers via online platforms.

The team size has grown to 25 people handling production (in-house not outsourced), operations, sales, and marketing.

“Swa has been bootstrapped and profitable from day 1 and despite the pandemic we have grown 2X every six months since H2 2020,” Vaishali says.

The brand faces competition from imported syrups like Monin, and regional brands like Mala, Kissan Squash, Mapro syrups, etc. For online sales, its direct competition in the cocktail mixer space are &stirred and Jimmy’s Cocktails.

Vaishali believes both “intentional and unintentional sexism” are the biggest barriers to a woman entrepreneur’s success.

“Women aren't taken seriously, by men and even other women. That makes women entrepreneurs doubt themselves and forces them to work harder than their male counterparts. I got asked a lot if I was serious about Swa or if I was doing this just for fun out of my kitchen.

“Often, when Sumir and I met with vendors, there would be times when the person would ask Sumir all the important details when I was the one driving the conversation,” she shares.

She adds it took a while to get the women on her team to take her and the vision for Swa seriously. “They'd chuckle every time I spoke about setting up a factory.”

Swa aims to close FY22 by serving 10,000 customers a day through its various HORECA partners.