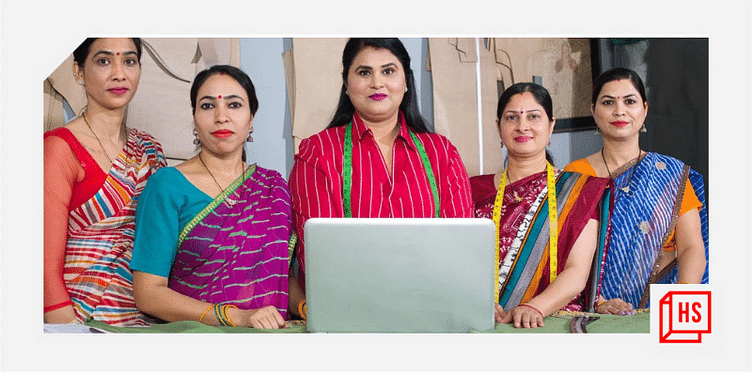 To address the core obstacles faced by women-owned enterprises, increasing accessibility, awareness, as well as adapting financial processes is essential.

India is set to become an astonishing $5 trillion economy by 2026-2027 as predicted by the Chief Economic Advisor of India, Anantha Nageswaran. This projection is aided significantly by the MSME sector which has been growing consistently at 10% and employs around 120 million people as per the Confederation of Indian Industry (CII).

To harness its full potential, it is imperative to provide accessible and equitable financial opportunities and capital to business owners. However, the reality is far from this ideal, particularly for women-owned businesses, for whom an estimated 70.37% of the financing demand remained unmet as per a 2019 International Finance Corporation (IFC report). Women-led enterprises are often overlooked, despite a 2019 Google and Bain and Company report revealing women own 20% of all enterprises in India. Like all other MSME owners, they require capital to develop and expand, and understanding and eliminating common barriers faced in this process would accelerate the speed and magnitude of their contribution to the larger economy.

Gender-influenced issues form a major obstacle in the path to an equitable economy. World Bank data shows that the Indian female labour force participation rate is the 11th worst in the world, standing at just 19% in 2021. A similar disparity extends to MSMEs as well, with many financial institutions designed and skewed towards males, women face disproportionate setbacks.

They experience unique challenges such as limited asset ownership, lack of familial support, lack of awareness of financial schemes, and over twice the number of rejections when applying for loans as given by the 2019 IFC report. A 2020 IWWAGE report reveals that India’s gender disparity in terms of inheritance distribution prevents 25% of women from accessing collateral.

This restricts them from applying for secured loans and also poses a challenge with traditional financial institutions that use security as a measure of creditworthiness. Personal biases can also contribute to higher scrutiny of a female-owned business, resulting in them having to pay higher borrowing costs and attaining shorter-term loans in comparison to their male counterparts, as illustrated by the 2019 IFC report.

Although these issues and biases are pervasive, the financial data shows they have no basis. The 2019 IFC report found that, men and women earner similar average annual profits, around Rs 2.82 lakh and Rs.2.68 lakh respectively. Additionally, women borrowers exhibited stronger repayment track records, and 30-50% lower number of non-performing loans compared to other genders as revealed by a 2014 IFC report.

A Google-Bain report concluded that equal access to inputs resulted in equally strong economic outcomes regardless of gender. Furthermore, it found that female business owners could create 150-170 million jobs in India by 2030. Women-led enterprises, therefore, represent an often sidelined group, whose growth would contribute significantly to the economy in addition to enabling financial freedom for them and greater equality in society.

To address the core obstacles faced by women-owned enterprises, increasing accessibility, awareness, as well as adapting financial processes is essential. 95% of all MSMEs in India are micro-enterprises, a figure which rises to 98% when considering only women-owned businesses as per the 2019 IFC report, highlighting the need for capital to be readily and widely available to them. The same report found that only 17% of women entrepreneurs they surveyed were aware of adaptive financial schemes from the government or other financial institutions. Despite these challenges being common knowledge, little can be done to eliminate unconscious human biases. However, the quickest solution might lie in eliminating the human evaluators from the process.

Technology such as AI and ML offer a fairer, unbiased, data-supported root to financial processes such as loan allocation. If sufficient data is provided, algorithms such and credit scoring can prove to be less biased than a human being, as found by Women’s World Banking’s study, Algorithmic Bias, Financial Inclusion, and Gender. These algorithms overcome common human errors and present accurate and reliable results, based just on the customer’s business and potential. Furthermore, fintech innovations can overcome the accessibility barrier by sidestepping traditional financial models limited to bank branches. Small but impactful differences such as these can bridge the financial gender gap, leading to women possibly contributing an estimated $770 million to the GDP by 2025 as per a McKinsey Report. The same data shows this would translate to an 18% growth in the Indian economy, a significant number. Offering unbiased and accessible opportunities to women, hence, presents an opportunity for social as well as economic growth.

Achieving goals such as the $5 trillion economy must therefore be geared towards equity, to provide opportunities to every possible stakeholder, particularly entrepreneurs and business owners. The scope of groups such as women-business owners is immense, with a 2014 IFC report revealing almost three million MSMEs have full or partial female ownership, a growing number. Companies are adopting technology and accommodations such as AI credit-scoring, a completely online process, and collateral-free loans to make capital widely available across the country. Financial inclusion is the essential next step, for every aspect of the economy.