Is enough being done for women with menopause in India? 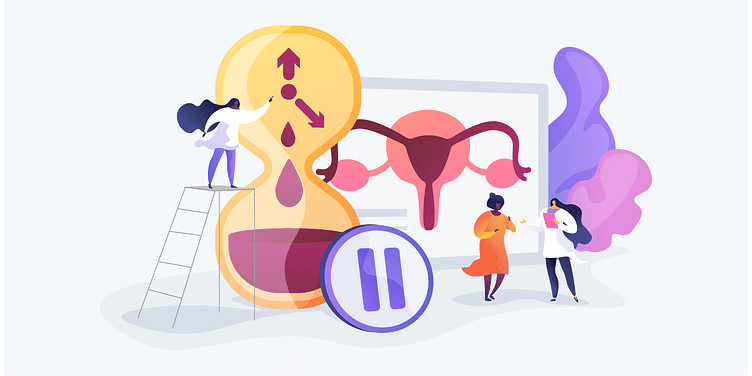 While the femtech industry continues to make rapid strides in menstrual health, fertility, and pregnancy, the needs of the 1 billion women globally who are entering menopause have largely been ignored.

For the first time ever, India has more women than men, if recent statistics released by the National Family Health Survey (NFHS) are anything to go by. This may not be a census figure, given how only a certain number of the 300 million Indian households were surveyed. But it still gives hope. While the skewed population ratio seems to be turning around, there is one aspect that continues to remain in the shadows.

Women’s health issues around puberty and pregnancy have been highlighted and campaigned for extensively for some time now. However, when we look at the health challenges endured by women over the age of 40, there is nothing much being done.

Nobel Prize winning economist Amartya Sen used a phrase in the year 1990 when India’s gender ratio hit rock bottom – he called India ‘a country of missing women.’ Perhaps, ‘a country where focus on women’s health over 40 is missing’ would be more apt now.

Women over the age of 40 begin to face multiple issues due to a dip in their oestrogen levels. Multi-morbidity in this age group is very common starting from issues such as osteoporosis to depression and urinary incontinence. This means that a woman is not only exposed to her own hormonal changes but also comorbidities such as diabetes, high blood pressure, and heart diseases. While men face the same health challenges, women have the additional burden of what is called menopause – the stage which marks the beginning of the end of her reproductive cycle. Women experience 34 different symptoms depending on various factors! Given this disparity, is there adequate focus on women’s health in India?

Women at home continue to be the sole caretakers of family, looking after children, ailing parents and the health of their husband. If the children are in their teens, they demand more and given how the husband is likely to be at the peak of his career, she must ensure that he stays in the prime of his health.

All this removes the spotlight from the woman who is left to fend for and understand her health challenges on her own! She lacks any support group unlike in the old days when staying in a joint family helped her discuss what she was going through with others having similar issues. Today, in the nuclear set up, she is alone, and in some cases, very likely to go into depression.

While the femtech industry continues to make rapid strides in menstrual health, fertility, and pregnancy, the needs of the 1 billion women globally who are entering menopause have largely been ignored. This age group has been a silent spectator in all discussions, with even most gynecologists telling them to endure it – it is all in your head, they say!

As per a survey, at least 32% of women said that even their doctor is uncomfortable speaking about menopause. This means women turn to friends and family for counselling as opposed to getting medical help.

The need of the hour is for avenues that can enable women in this age group understand what they are going through, create awareness, and bring forth a support circle where they can discuss these symptoms and challenges. This is where companies addressing midlife women’s health must come to the fore.

Menopause, which is an enormous market, is attracting only a trickling of investment. According to data by Crunchbase, in the last 12 months, only a dozen startups focusing on menopause have attracted funding. When compared to the dollars spent on me-too companies, there is no change.

Women in the pre-or post-menopausal stage or currently undergoing the phase tend to be at the peak of their spending power. They occupy senior or leadership positions in companies at a time when both their career and menopause are on an upward swing. Apart from the symptoms they experience such as hot flashes and urinary issues, the other challenge they face is a lack of support from their organization. While there are workplace policies around period leaves and pregnancy and post-pregnancy support, menopause as a health challenge for working women has not been addressed!

A recent survey suggests that about 8 out of 10 menopausal women are working. Another survey indicates that about 59% of the women who are working between the ages of 45 and 55 have said that menopausal symptoms have a negative impact on them. A third of the women surveyed had also taken sick leaves due to this. Many drop off in their senior positions despite the fact that big companies are scouting for women talent to occupy board positions! The situation at home for them is no different with their work extending beyond the walls of their office.

The overall opportunity to address menopause is huge given that only 5% of femtech startups address this condition. Statistics indicate that by 2025, there will be about 1.1 billion postmenopausal women, which is 12% of the entire world population! The potential to service this untapped market is huge.

The change is being ushered in by femtech startups in this domain and it is time for a renaissance in this space. The need of the hour is for a space where women can converge and discuss their challenges around menopause, shunning the taboo around it. It is also time to invest in products and services that can serve this largely unaddressed market for women to transition into this new phase and opportunity in their lives without lacking awareness or support.