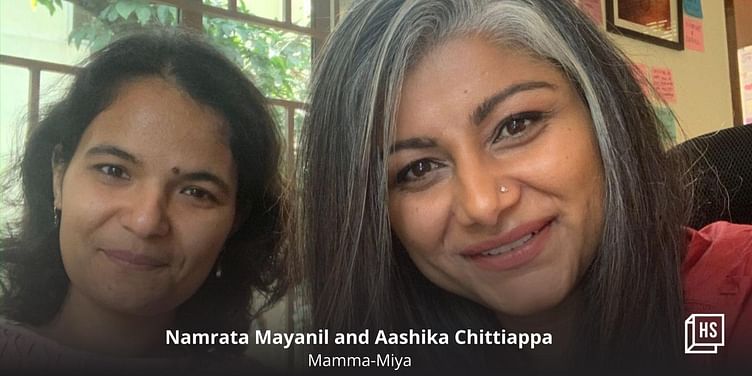 An iOS app for working mothers to manage their day, Mamma-Miya's digital planner helps them strike a better work-life balance.

It’s all in a day’s work for mothers—chores, exercise, planning meals, grocery shopping, socialising, nurturing children, making appointments, and fulfilling career goals. But have you ever wondered how they plan their days? Or do they plan at all or rather just go with the flow?

This question stuck with Aashika Abraham Chittiappa who realised how she and other women around her struggled to manage their everyday lives as working moms. In 2016, she founded Mamma-Miya, a digital planner for mothers.

The project began as a WhatsApp group connecting like-minded mothers. When it ballooned to a 1,000+ strong membership of mothers, Aashika transformed it into ﻿Mamma-Miya﻿—an iOS app with 5,000+ organic downloads across 101 countries.

“There's been many productivity and well-being apps on offer in the last five to 10 years. But what physical mum planners (little books) did very successfully is they brought together both—the need for productivity and well-being. We've tried to translate that physical experience into the digital world as the power of tech allows opens up more possibilities,” says 38-year-old Aashika, Founder of Mamma-Miya, in a chat with HerStory.

The mum of two may have started the entrepreneurial journey on her own, but now feels incredibly lucky to have found the right co-founder along the way.

“At the time, my co-founder, Sarah Chandy, was a lawyer on a career break and mom to an 18- and a 20-year-old. She and I spent a couple of years reaching out to hundreds of busy moms from around the world to understand their deepest struggles, various coping mechanisms, and their greatest needs,” she adds.

While she was laying the groundwork, Aashika was also going through severe postpartum depression after the birth of her second child. Soon after, Sarah also had to exit due to personal reasons.

“I honestly didn’t think either Mamma-Miya or I would survive,” says Aashika. In 2019, while “deep in the trenches of make-or-break moments, and 83 resumes later,” she met Namrata Mayanil.

A tech enthusiast, Namrata was a founding member of two startups (Creative Capsule in 2007 and Janacare in 2014), and mum to an 8- and a 10-year-old. Even though she was struggling to balance professional ambitions with personal commitments, Namrata came on board as a co-founder. The duo have since worked together to build tech completely in-house and evolve the product into its current avatar.

Motherhood and entrepreneurship – Mompreneurs spill the beans on successfully juggling both

Mamma-Miya is currently an iOS-only app, with plans to soon be available on Android as well. The founders tout it as a smart, daily planner app that helps busy moms manage their most scarce resource—time.

“By helping mothers strike a better work-life balance across all the different roles they play, we make them feel more balanced, productive, and fulfilled,” shares Co-founder and CTO Namrata, highlighting that the app’s most unique feature is 'Insight'.

“Our users can see how they are spending their time and mind space, and how much of your day you're spending on what matters,” she explains.

According to the founders, the app has had purely organic growth across 101 countries so far. “More than 50% of our users come from the US, followed by over 10% from India. We have 5,700 total downloads and 4,500 registered users,” she informs. The app is currently free to use, but the founders plan to launch a freemium model soon.

The app was also part of the Apple Entrepreneur Camp in the Winter 2020 cohort.

“The design audits in the camp helped us simplify our current user onboarding process and make the product more in line with Apple’s human interface guidelines. We were also able to finalise our Insights section—both from conceptual and visual perspectives. The fireside chats for Siri and WidgetKit were insightful and helped us understand how to utilise Apple technologies to reflect our core philosophy of allowing moms to spend more time in life and less on their device,” says Aashika.

While the app is yet to start generating revenue, the founders have their eye on B2B and corporate partnerships. “We are also looking at customising the app in multiple languages and developing a web app. We're also doing a lot of brand collaborations and B2B sponsorships are all a big part of our plan,” she adds.

The duo now operate from a garage office in Bengaluru, with the walls lined with sticky tapes in different colours—each marking a year.

In July 2022, when a friend heard that more than 50% of Mamma-Miya’s market was coming from the US, she suggested either one of the founders move to the US or find someone there to manage customer and investor relations. Soon after, Aashika and Namrata met Marisa Lonic in a chance meeting, and after several rounds of interactions, she is now all set to come on board as the third co-founder.

Interestingly, the story of Mamma-Miya will be on-screen soon, as its founders were selected as one of 10 mompreneurs from around the world for the Hollywood documentary MomsRising—based on Napoleon Hill’s multi-decade best-seller, Think And Grow Rich. The docu-film is scheduled to release in 2023.

“I feel like it's sometimes the power of the universe and all kinds of synchronicity that bring these opportunities together. You just have to be always open to accept them and truly live your intuition,” concludes Aashika.