Rocket-(ium)-ing into the video age 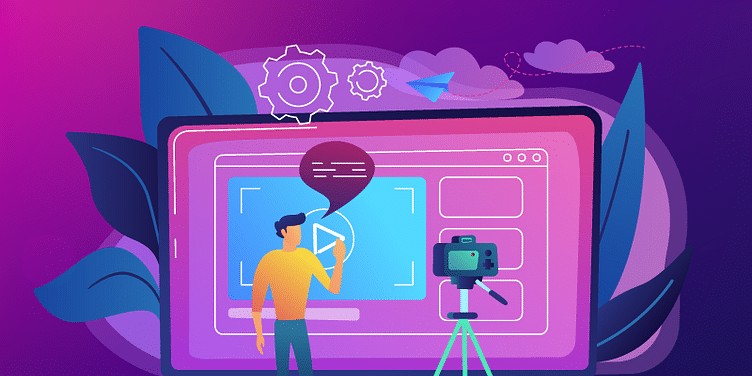 Rocketium is at the epicenter of the booming interest in video content by companies across sectors. Online video consumption is expected to make up more than 80 pct of all consumer internet traffic by 2020 and Rocketium is already seeing this trend unfold in the growing demand for video content. 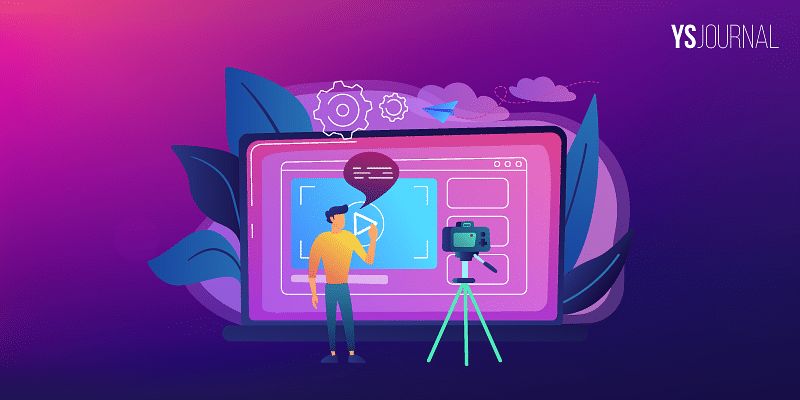 Something inexplicable began to unfold at web-based video creation platform Rocketium a few months ago. The Bengaluru-based company was suddenly inundated with a flurry of questions and requests from its growing customer base, all of whom wanted to know if they can create video content without any manual intervention.

As a matter of fact, as businesses become more conscious of the power of video in driving higher engagement and conversion rates, they are increasingly looking at churning out more video content and doing so at a faster pace.

For Rocketium’s customers too, it was no different. Commerce companies wanted to create videos for every product, marketplaces for every listing, real estate companies for every property, social apps for every user, and so on. The Rocketium team treated the first few conversations with incredulity, the next few with curiosity, and the last dozen or so with keen interest.

Before long, they understood the big need of the hour: to enable companies to automate video content creation across industries – something Rocketium's video technology is well poised to deliver.

Indeed, Rocketium is at the epicenter of the booming interest in video content by companies across industries, including in local languages.

Online video consumption is expected to make up more than 80 percent of all consumer internet traffic by 2020 and Rocketium is already seeing this trend unfold in the growing demand for video content across the board – both from existing and new customers in various industries.

In the early days of online video content production, demand for online videos were dominated by media companies and social-first brands. These early adopters had carried over their existing skills of storyboarding, content, and styling to video content production. On the other hand, many businesses in other sectors lacked such specialised skills and, hence, did not adopt video as a storytelling and communication format.

However, today, with the increase in the number of short-form videos, rise in video consumption on messaging platforms, and the growth of stories and vertical videos, businesses across various industries are looking to convert existing text and images to short videos.

In other words, any place where businesses earlier used just text and images – be it on their websites, apps, emails, newsletters and advertising – is now being seen as a space for them to produce such short-form videos. So, what’s changed is that while earlier businesses were viewing video as a completely new medium with its own learning curve, now they are looking to transform their existing digital content into video.

As proof of this emerging trend, Rocketium, in the past quarter alone, has witnessed a surge in interest from a large number of companies across sectors. However, four industries, in particular, – advertising platforms, marketplaces, ecommerce companies and social apps – stand out for the relevance of videos for their businesses and the scale of their reach.

#1. Advertising platforms see big opportunity in online video advertising as more brands seek to divert TV advertising spends to digital. However, most advertisers are unable to adapt TV ads to short ads suitable for digital platforms. They are also unable to create multiple variations of ads to test different messages relevant to different audiences. Finally, they are not able to create ads for all their products and services because creating each ad has traditionally been time-consuming. Given these challenges, advertising platforms are now allowing their advertisers to create video ads directly on their platforms using a simple interface powered by Rocketium. 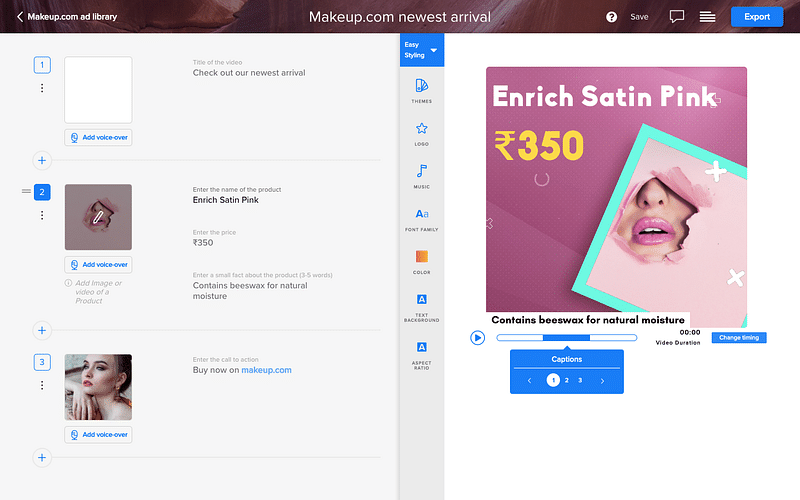 #2. Marketplaces list jobs, marriage prospects, homes, cars, travel destinations, and much more. Many of them have visual content but very few have videos. Even those that do, have videos only for their most premium listings. Just like advertising platforms, some marketplaces want to offer Rocketium’s interface to their users so they can create videos for each listing. Some marketplaces are also looking to create videos automatically for every listing using the images and text they already have for each listing. 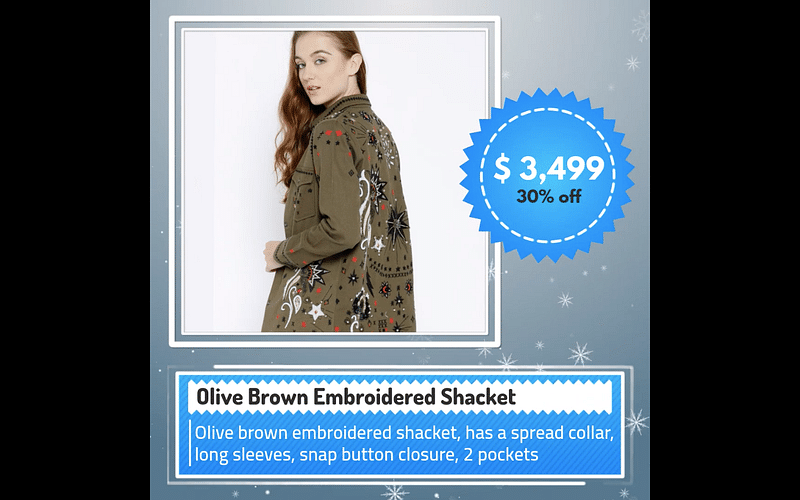 #3. E-commerce companies are somewhere in between marketplaces and advertising platforms, where they have lots of products and want their users to purchase one or more of them. They are looking to use videos in multiple places, including personalised recommendation videos in emails, how-to guide videos for each product, and latest offers in push notifications.

#4. Social apps want to increase stickiness and time spent on their apps and see videos as a way to do this. They want to explore the opportunity to allow their users to create short videos using clips, images, text, and voice using Rocketium’s mobile libraries and automation.

Indeed, video is ubiquitous and every report, industry expert, and technology company highlight the growing importance of and demand for online video content.

Consumer interest in video is driven by a variety of factors such as mobile phone penetration, internet cost and speed, and ease of visualisation.

Today, people spend around five hours a day on average on their mobile devices, where it’s easier to watch a video than read. Wireless and cellular speeds are doubling, while costs are halving every two years, making high-bandwidth video consumption feasible for almost everyone. In addition, people are more comfortable with visual and short-form content, thanks to our familiarity with using GIFs and social media.

Online video advertising and where Rocketium comes in

Still, the shift to video is even now in its early days and advertisers, technology platforms, agencies, and creative professionals are still adjusting to this shift. To be more precise, 80% of the world’s Internet bandwidth is used by video, 90 minutes of our day is spent watching videos, and $32 billion is expected to be spent this year on video advertising alone.

For example, most advertisers create 5-10 variations for every image and text ad, and keep experimenting every day to identify ads that perform well. Compared to that, an average video ad is not updated for 3 months because advertisers do not have the right tools and processes to make such changes.

Advertisers have started looking for ways to expand their video advertising efforts and bring it on par with image and text advertising that have a 5-10-year headstart.

Advertisers have told Rocketium they want to use video ads for retargeting, i.e., to create and show videos of products that users have actually looked at to improve the likelihood of purchase. Advertisers also want to personalise video ads and show recommendations of specific products to certain segments of users.

More tech-savvy advertisers want to use Rocketium’s technology to create several variations of the same video ad with content and style variations to see which one performs the best, he adds.

The most cutting-edge advertisers and brands want to use artificial intelligence (AI) to create video ads with computer-generated people that appeal to a specific geography. They are also looking at using machine learning to identify the most compelling language in ads to get users to take action.

Rocketium’s web-based editor allows advertisers and agencies to easily create multiple video templates. The company’s video API enables thousands of videos to be created using these templates, similar to how personalised newsletters are created (“Dear Satej, thank you for visiting our store today!”).

Rocketium expects the advances in AI and machine learning will help improve each of the elements of video ads from clips and images to text and music.

Keeping up with demand via automation, adaptability 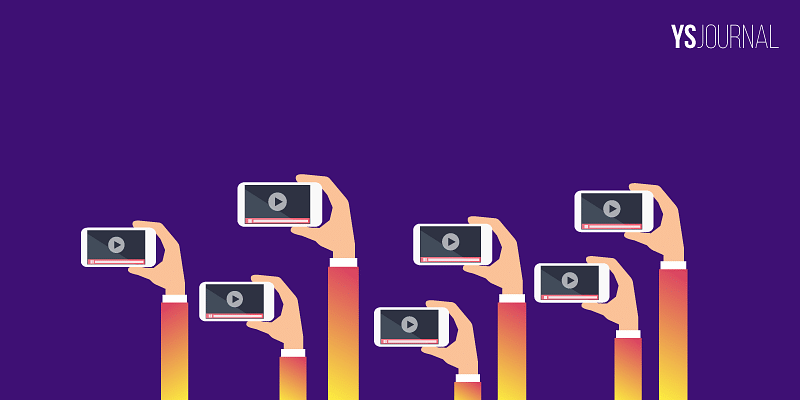 Having said that, today, the world still consumes 12 times more text online than video. Businesses spend six times more on text and image ads than on video ads. 88% of commerce and listing websites only have images and text but no videos.

In fact, the pattern is very clear -- Internet users want to consume video but businesses are unable to keep up or scale their video capabilities to meet the growing demand.

And that’s where the power of automation comes in. There is already evidence of some unique use cases for automation in videos. These include learning videos generated automatically based on user scores, personalised videos based on user’s behaviour on websites, interactive videos based on chat responses, and data-oriented videos from analytics data.

Rocketium is uniquely positioned to tap into this emerging trend. As the company’s product is not tailor-made for a specific industry, it can be adapted to work across different industries.

The company, which has always been open to new opportunities and swift to adapt to market needs, has also invested in a robust technology platform that can be shared with other companies, who, in turn, can build more capabilities on top of it.

But for companies like Rocketium, demand is also increasingly coming from businesses seeking to tap the growing base of local language users in not just India but across the world.

In fact, two of Rocketium’s earliest customers in 2016 – Univision (Spanish) and YourStory (Hindi and Tamil) – created non-English video content. Today, Rocketium has paying customers from 40 countries and 80,000 users from more than 100 countries who create videos in over 35 languages.

Non-English content contributes 20 percent of Rocketium’s revenue and the company expects this to increase significantly going forward as more and more businesses realise that they literally need to speak the language of their users.

Apart from traditional businesses, there is a new crop of social and content companies who are ignoring English and focusing only on regional languages. Europe, South America, and Asia have strong precedents for this, but this trend is now gaining traction in India.

Several local language-only startups have also reached out to Rocketium to create video content for their mobile apps, which is yet another trend that the company expects will only accelerate in the coming years.

However, Rocketium has built unique features to help businesses create such videos, thanks to its early entry into a global market of many languages. It has the only product in the world with automatic language translation, as its software supports text in any language. In fact, the platform’s unique Google Docs-like collaboration feature enables businesses to work with local language experts to tell videos in local languages without having any video creation expertise.

Apart from the company’s own investment in AI and machine learning, it relies on cloud computing providers like Amazon, Google, and Microsoft to improve language translation, text-to-speech, and speech-to-text capabilities. This helps Rocketium create voice-overs and subtitles automatically.

The company is also exploring partnerships with technology providers with better Indian language support than global giants. In addition, it is working with news, social, and learning apps who want to help their users create local language content.

And yet, despite these new and emerging trends, the shift to video is still in its early days. But to be clear, the path is similar to how physical, traditional activities became digital, with the impact on different industries and markets set to vary considerably.

Media and advertising will see a massive shift from text and image to video. Commerce and messaging will see huge contribution by video. Sales, marketing, internal communication, training, learning, and education are other areas where video will play a big role.

However, video is not a silver bullet that will solve all problems. Ultimately, users are discerning and value their time. Businesses need to offer value and be deserving of users’ attention. Just using video is not going to generate results.

Because in the end, it is not automation and technology that will move people and create a lasting impact. Human creativity and storytelling alone will.