Entrepreneurial India - The Inclusive Revolution of the Indian Startup Scene

Legendary Jedi Master Yoda once said, “Do. Or do not. There is no try.” While it’s safe to say he meant those words in a different context, there’s arguably no one applying maxims such as these as seriously as India’s rising entrepreneurs, from Vijay Shekhar Sharma to Radhika Aggarwal. Entrepreneurship is a game of patience, persistence and diligence – a game the likes of which would impress even Yoda – and India is a hotbed of players like no other country today.

India’s start-up system grown remarkably over the past few years, with government programmes such as Start-up India and Make in India playing no small part. The ecosystem around entrepreneurship has improved so dramatically that it’s difficult to imagine that entrepreneurship was not such a fancied choice even 5-7 years back. Now, the entrepreneurs are setting up ambitious projects across industries with a confidence hitherto unseen.

It seems like the right time to take a step back and appreciate how far the entrepreneurial world has come in India; and how far it has yet to go. The number of start-ups operating in India had increased from about 3,000 in 2014 to 4750 in 2016; almost a 60% increase, showing that the trend is upwards despite the mixed economic scenario. The start-up ecosystem is gaining traction. Government support has also seen substantial improvement; 13 states and union territories have established specific start-up policies and the ecosystem is witnessing 40% year-on-year growth in the number of incubators and accelerators.

What is more encouraging is that this growth is relatively gender neutral. Women entrepreneurship has seen considerable growth and in fact, unlike in established businesses, female entrepreneurs are a significant part of the start-up ecosystem.

Swati Bhargava of CashKaro is one such entrepreneur, who founded the company with her husband Rohan Bhargava after selling their first start-up, Pouring Pounds – a cash-back business in the UK – for 1 billion USD. As the Indian ecommerce market began to mature, Swati and Rohan Bhargava set up a similar business in India by the name of CashKaro, which is now the largest platform of its kind in India. With tie-ups with more than 1000 brands and growing, angel investors the likes of Ratan Tata have noticed and invested into the B2B start-up. Swati Bhargava’s success is truly remarkable, and it is entrepreneurs such as she which inspire capable young women in an increasingly modernised Indian workforce.

The example of CashKaro isn’t, however, truly representative of the role women play in the Indian start-up ecosystem. Granted, there has been growth, but on far too small a base; the percentage of women entrepreneurs in the tech industry, for example, was reported to be 10% at the end of 2016, up from a paltry 6% in 2014. In this respect, the progress India has made is eclipsed by the long way it still has to go.

Another positive development is the advent of and growth in green entrepreneurship i.e. entrepreneurial ideas that seek to solve environmental problems. With a sizeable portion of the Indian populace still lacking access to electricity, there is huge potential for renewable energy. While some green start-ups such as Fourth Partner Energy seek to address this demand for energy, others still aspire to benefit the environment in other ways; D&D Ecotech – an initiative that supports the adoption of rainwater harvesting – and Waste Ventures – a Delhi-based start-up which produces organic compost from waste from dumpsites – are changing the rules of the game in their own innovative ways.

Indeed, no matter how you look at it, India’s entrepreneurial scene is better than ever. Government and international organisations alike are investing in innovative ideas, new incubators and accelerators are improving the enabling ecosystem, and start-ups are making good use of the resources increasingly available to them. Success stories inspire the youth to act and work to realise-their own ideas; half of all start-up founders are 30 or less.

Looking at the start-up scene from afar, however, it’s easy to forget that the big players weren’t always household names. Overnight success stories rarely expose us to the hardships and failures that entrepreneurs face before their first major success, which is all the more reason to highlight the importance of two oft-mentioned but seldom-applied qualities that make these successful entrepreneurs: diligence and determination.

Most dictionaries would consider these two words synonymous. The key difference between them, however, is this: diligence is a practice, whereas determination is a state of mind. Entrepreneurs are determined to reach the top of the mountain, and it is through diligence and perseverance that they reach their goals. Innovators across the board exhibit these key qualities, and I feel that there’s more emphasis than ever before on the skills and practices that make an entrepreneur in our schools and colleges; not in the education system itself, but in the clubs and societies built around it. 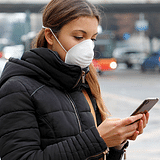 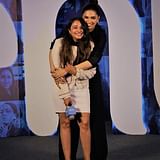