Since open letters are in trend now a days, this is an open letter to all the Bollywood couples who got separated because of xyz reasons.

He: how long will you love me?

"Infinity' she said but " two years five months and thirteen days "she meant.

Love- a word with un-explainable meaning, a word easiest to vindicate, cognition of togetherness; a reason worth to die for. Perfect one in a million definition, in-perfect in trillion. Expressed at the extreme, reserved at the deepest!! Several are the people who ruined and elevated the extremism of love. Some have built monumental structures to immortalize it while some preferred to be the part of the everlasting saga by choosing death over life.

Each and every time it is being said that the life or situation will act as an adjudicator in this case, testing your reliability for love. Yes, it will do!! Even almost every movie of you contains some difficulty for the pair who loved.

This is 2k16 and marriages and relationships are like any other advertisement contract from which you could walk-out whenever you want when "it's not working". To comment on the life styles and living standards of anyone like you superstars would be a selfish and harsh step for me to deal but yes, again as a practitioner of love, its little depressing for me to understand the situation. My concern is only and only liable towards higher upper class society and especially towards Bollywood superstars who are blindly idolised by several individuals of our nation as their role model.

Being an Indian we had always worshipped and treated marriages as an unbreakable bond which lasts until seven births but, with time, I think that definition or understanding of the word 'marriage' has undergone a change or the intention of people has become more malicious or confusing . I mean couples who have been together since fifteen or twenty one years decide to get separated!!relationships of five years are ending due to lack of compatibility. And on top of it, you guys pretend it as trendy.

I am not getting the idea behind such things, is it like "let us first try, I it works then good otherwise better luck next time!" I know many will argue on this with statements like 'it's their life, let them do whatever they want to', but at the end of the day I want to ask those people who started this trend at the first place. It is us!! People like you and me. Their fans!! So being at the level where they are they should be more conscious on what they are giving back to the society.

You people hold a strong persona and sometimes your decision might also go wrong which is completely fine & understandable as you people are also Homo sapiens and being so you hold every right to do wrong. But again, having said that, I would also like to add that you people should be more conscious on what speeches & statements you use against each other after separation. May be your actions and reactions count as a spectacular event for news channels but it creates a foul impact on the society who has always seen you as their role model.

So, in a nutshell, this is a request to all you Super Stars, role models of people, to be more tolerable and patient when it comes to relationships and marriages.

Learn something from the "Badshaah" or "King Khan" of your own industry. Even I am also not on a very smooth road of my love life but it doesn't mean I will quit. I will drive slowly, will take halts, apologize andin the end will show you people that having patience is great virtue. 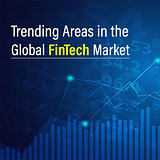