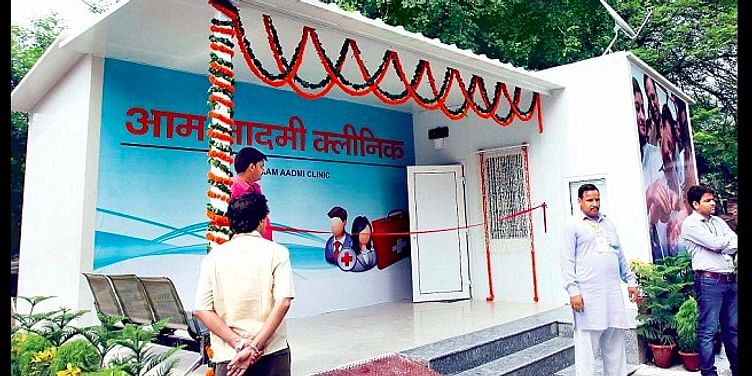 Dispensaries, Hospitals, Costly Medicines seemed to a very far fetched reality for the rural India and especially the people from lower strata of the society but we can now say that Healthcare is no more a far-fetched reality as on 31st March 2016, Delhi Government Introduced a new concept of providing healthcare to the doorsteps of poor Called " Mohalla Clinics"

According to me this initiative by the Delhi Government is one of the best ways to treat rural people in people from villages free of cost.

Now, I think that if this plan of the government works well so "Poor People can be poor in terms of money but not in terms of health & medication"

The Government says “These polyclinics will have doctors from eight specialties such as orthopedics, gynecology, and pediatrics among others which will provide medical test facilities like X-ray, ECG, and ultrasound at these polyclinics. Presently, these machines are not available in the polyclinics.”

Just To Know that were the people aware of any such initiative ..I conducted some interviews with the common man and added those interviews in a video to Inform my Audience about this initiative Kindly watch The Video and Listen What Government has to say and what A Common Man Has to.

Rural Healthcare is now a Very close call just one more step is to be taken by the government that is Spreading Awareness Amongst people.

According to the Aam Aadmi Party website, there are around 105 Mahalla Clinics in Delhi and Counting.