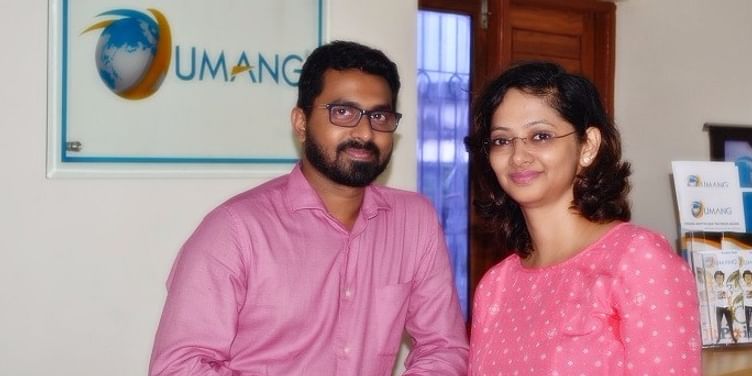 UMANG is one of the best software company to work with and work for in Goa. It has achieved various accolades and appreciations for delivering quality software services to clients across the globe. 'Success is always seen on frontstage, however the real efforts and hardwork at the backstage is never seen.' says Mr Mangirish Salelkar the IT Man of Goa. ~Interview covered by Mr Michael Fisher (Business Monitor)

Much Beyond just Beach, Beer and Babes.. Goa is also now in limelight as a Startup Hub, with over 200+ IT Startups within span of 3-5 years. One such company, which was build in 2009, even before the word 'startup', which is a fashion today, is UMANG. There is a secret behind naming the company too. It was founded by smart, proactive and dynamic couple, Mrs. Uma Talaulikar Salelkar and Mr. Mangirish Salelkar, just after a year of their marriage. And the company name is derived from the combo of their respective names.

Founded on 15th Sepetember 2009, UMANG stands tall among the other young and growing companies from Goa India, within the span of less than a decade, it has won 2 national awards, affiliated under Software Technology Parks of India as an 100% EOU company and is an ISO 9001-2015 quality certified company. It has also strategic collaborations with 4 other companies from Netherlands, United States of America, Oman and Brazil.

'Success is always seen on frontstage, however the real efforts and hardwork at the backstage is never seen.' says Mr Mangirish Salelkar.

Mr. Mangirish Salelkar, CEO of Umang Software Technologies says 'I always had a dream to start my own IT Business, It is my parents, my wife and my team's support that UMANG today is one of the best company to work for and work with.'

Mr. Mangirish Salelkar, who faced back to back challenges to the point of hopelessness, is now bracketed with the selective brand of highfliers who can inspire you to do something in your life. His career graph is evergreen and plots an inspirational story.

Certified in 2005 as an engineering graduate in the IT stream at Padre Conciencao College of Engineering had cost his parents over Rs2.40 lakhs alas it was of no avail as I couldn’t find a job in Goa or elsewhere cause the education that was instilled in me was below par with the standard of the industry, he recalls, and adding, even till date IT graduates in Goa can’t walk-in for a job like they do in other states and its cities.

Brandishing the IT certification at every job hunt I could not get through 17 interviews of average top companies such as Infosys, Persistent and others. What the industry demands for and from us are technical skill-sets but the curriculum of Goa University drafted nearly a decade ago and still in-use is a waste of quality time, even the IT lab in the college is out dated, laments the 31 Mangirish.

UMANG is one of the best software company to work with and work for in Goa. It has achieved various accolades and appreciations for delivering quality software services to clients across the globe.

How do I fill this skill gap if I want a job he thought over it as the days went by while some acquaintances would jeer at him and would suggest he switch his career and take up his dad’s wholesale food grains business. He ignored them and continued to pursue his goals, saying: “I don't have to be a victim of other people's assumptions.”

He decided to go to Pune in the year 2005 to do a Microsoft certification in Dot Net (a programming language). He studied software and web application development which is still in demand. The course cost Rs 30,000 this adds up to the Rs2.40 lakhs certification. My admirer is my dad. He never made demands nor asked me to do this and that. There were moments when he shed tears seeing me struggling and I was determine to lift his spirit up.

Like the true story of Colonel Sanders who prior to starting KFC was rejected 1009 times before he got a `Yes’ for his burger. Finally, I got a `Yes” says the jubilant Mangirish of the 18th interview at NCR Corporation Mumbai. It was worthwhile in the seven months that I was there. I learnt the banking domain. NCR was the first company to introduce the ATM in India and it was my corner stone. I learnt fast and all things that considered with NCR. However, I didn’t jell well with Mumbai and its artificial fast pace life so I decided to quit and move back to my roots.

I took up a job with Data Nova – that designs `point of sales systems’ for supermarkets in Norway. I learnt that punctuality is part of a rare combination of delivering a product with speed and accuracy (quality) which till date helps me to keep up with time and project management.

In the year 2007 I gave up this well paying job and ventured into India’s Silicon Valley – Bengaluru. In this amazing city every flat, house, nook and cranny, garages and terraces have a software company.

I took up a job with SourceEdge a service company whereby United Nations (UN) was one of its clients. I took the opportunity to travel to Norway on a FAO agriculture project for the UN. My assignments involved various challenging projects for foreign companies in different domains that include medicals, pharmaceuticals, healthcare; I was often called by pharma firms to demonstrate our abilities for their manufacturing systems.

For two and half years Bangalore satisfied me. In 2009 I had quit the job for caring the one very close to my heart. During the stay in the hospital an old acquaintance contacted me just to get a small project done.

He could have got it done from other sources but the rapport of reliability and trust we still have for each other has built a strong bond. Initially, I hesitated but after much pursuant I consented to do the six months marine research project. I had done a similar project in the past. The project was finding rare species left in the aqua world. The scope of work also called for surveying the aqua to check extinction of fishes. 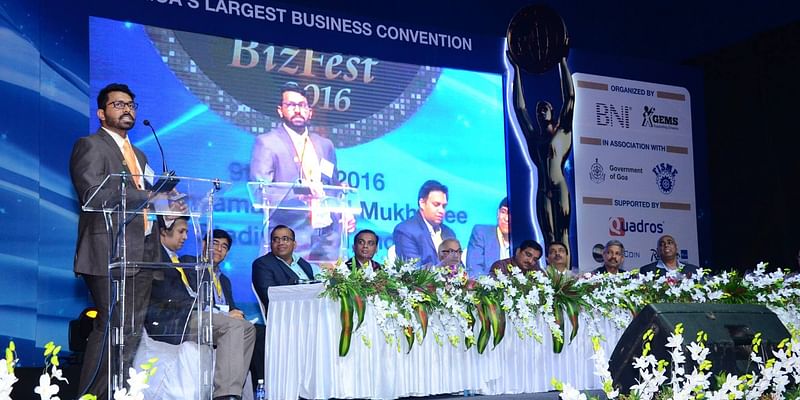 STPI - The highest authority – gave my company UMANG, a 100 percent EOU status. By the way Umang means enthusiasm, which is also derived by the combination of my super intelligent wife, COO and cofounder, Uma and my name.. For the exception of one lap top, I started with zero investment. However I was armed with the IT knowledge.

We are now in our seventh year and our assets have grown 10 times with brigade 18 strong IT professionals.

Today our clientele have extended to UK government for their election system, construction industries in Belgium, Netherlands, Luxemburg, healthcare companies in Australia and scores of others. The most challenging assignment was from Venezuela. The challenge was fighting against time, meeting deadlines and most important was the communication gap. They spoke in Spanish and we replied in English and none could understand each other. Somehow the communication gap was resolved.

To add a few accolades, UMANG has also received the prestigious ‘Award for Industrial Development’ by All India Achievers Foundation at a National Conference in New Delhi in 2013. UMANG was honoured as the 'Customer-Centric Company of the Year' in 2016 at ICT 4SD Global Conference. UMANG has also been featured as ‘Top5 Startups’ by Business Goa Magazine in 2014. And has been featured as the ‘Company of the Month’ by SiliconIndia(India Top IT Business Magazine). UMANG is also Goa’s first company to be a part of ‘NASSCOM’. 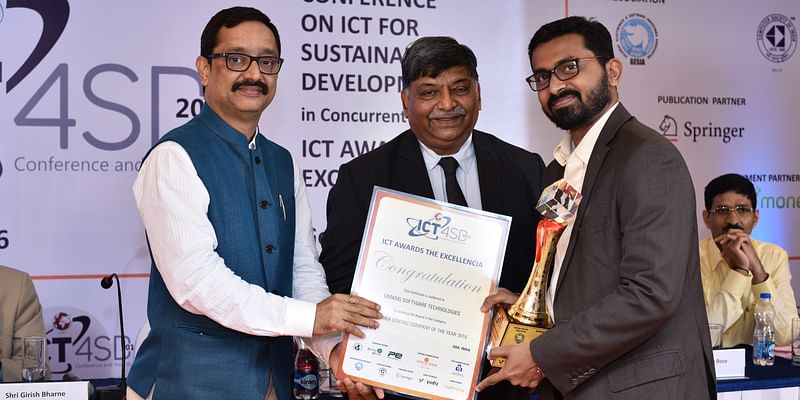 ‘I had started my company when there were no incubation centres and the word startup was not heard’ , say MS. However his message to the upcoming and new startups is that ‘Real Entrepreneurs are those who are self-made and not ready-made, so be original and grow, have mentors and idols but do not copy them blindly’.

IT Industry in India has proved that it is a well sustainable industry, however that does not mean that you ignore it. Encourage existing and start-up companies. Test small companies like us and you will see the results. We will not only create employment but stop the IT brains from draining. If we can make support and build great system for organization and government agencies outside India, we can do miracles for Goa and India.