Air safety: all that you need to know about safe travelling 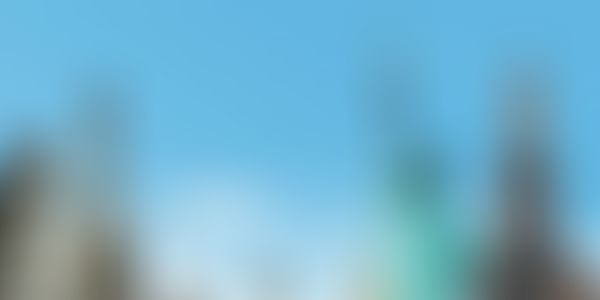 As flying became popular, the world has witnessed a substantial increase in the number of passenger traffic. This has especially been true in the last few years when the airport authorities started to face complications due to the sudden surge in commercial aircraft fleet. But in spite of all these, there never has been any reason to break out in a cold sweat, leaving apart the occasional heavy turbulence.

However, in the current scenario where airplane crashes have made a big hit amongst the news headlines, the entire public attention has been shifted to question the safety of air travels. In order to minimize the risk of aircraft accidents and personal losses as well, you need to understand and strictly follow the Do’s and Don’ts related to aviation safety.

While there have been consistent changes in airport security and rules, the basic minimum suggestions for air safety still remains the same. Keeping in mind the augmenting concerns of the public at large, we bring to you the things that you need to know for travelling safe.

1. Listen attentively to the Pre-Flight instructions

Though it may seem monotonous, especially if you are a frequent flyer but there’s nothing that could explain you the instructions better than that. Therefore, you are always advised to pay heed to the briefings of the aircrew staff. If you are sitting in an exit row, you must know how to open the door in case of an emergency. Never assume that you know it all!

2. Keep your seatbelts fastened at all times when the seat belt sign is on

Learn how to fasten and unfasten your seat belts properly. You are expected to fasten your belts during the takeoff and the landing process. However, it is still advised to keep your belts fastened while you are seated. This helps you to avoid injuries during the times of turbulence. Make sure it is neither too loose nor too tight.

3. Check your life jackets before the aircraft takes off

As a responsible flyer, you need to ensure that your life jacket is stowed beneath your seat. In case you do not find it, immediately ask for it. It is essential during the times of emergency landings when the pilot attempts to bring down the aircraft by losing altitude.

4. Do not carry perilous substances

It is advisable to go through the list of restricted items provided by the airport authorities. Do not carry substances that may later result into corrosion. Also, remember not to carry items that you may consider as hazardous.

While it may seem difficult to hold back your anxieties, you are still suggested to stay calm. Keep your head clear of all the worries and remember: Panic never does any good!

6. Help yourself before extending a helping hand to others

Have you ever heard a flight attendant telling you to secure your oxygen mask before helping others do the same? Well, in case of a cabin losing pressure, you need to first put on your mask so that you do not collapse in an effort to save the rest.

7. Do not drink excessively

There are several reasons why it isn’t appropriate to drink too much alcohol on a plane. It may not only make you feel more inebriated but also lower your immune system and thus, hamper your ability to think and move.

Though the size of an airplane doesn’t necessarily mean that it is safer than the rest but, a large plane surely does have a larger number of backup systems that have displayed better survival rates in case of emergencies.

General do's and dont's to make your air journey a memorable one!

Listed below are some travel tips to help you experience a hassle-free journey:

  Avoid too much spicy food and excessive drinking on the flight.

  Keep your head still and lie back in case you struggle with nausea.

  In case you experience discomfort due to changes in cabin pressure, chew candies

  You can also swallow a lump or yawn to avoid displeasure during takeoff and landing.

  Avoid Caffeine as much as you can.

  In case of any specific precaution, consult your physician before boarding a flight.

  Follow the safety rules as prescribed by the Airport Authorities.

  Do not leave your bags unattended in public areas.

  Avoid wearing too many heels.

  Check your bags twice to ensure that you do not carry any restricted items.

  Do not carry bags for others without having prior knowledge of its contents.

In the context of travel safety, Pt. Jawaharlal Nehru has rightly said: “There’s no end to the adventures that we can have, if only we seek them with our eyes open”.

To travel is important, but to know about the safety measures while travelling is far more important than that. Though, as an average flyer you may not recognize the importance of aviation safety but trust me, its implication, at times can save lives. With the steady changes in the aircraft system, it becomes even necessary to keep yourself updated. With the growing number of fatalities, it becomes crucial for you to be competent enough to fight the risks associated with aviation activities. Anyways, it’s always better to be informed than to be sorry about a thing. Isn’t it?